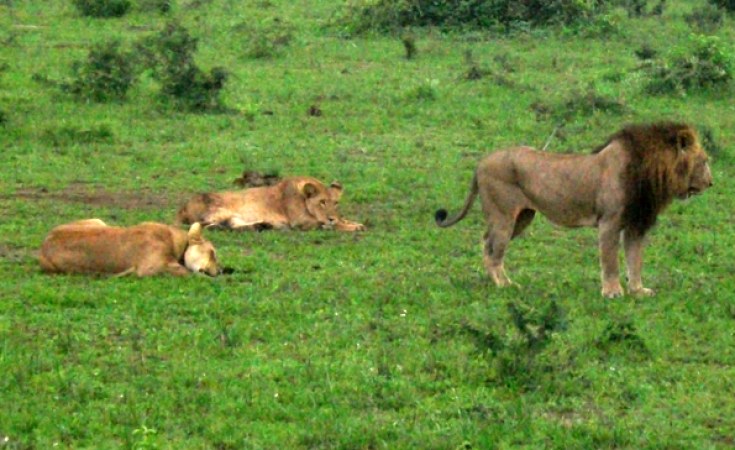 THE NUMBER of lions in the Serengeti National Park in northern Tanzania has been increasing steadily since an outbreak of the cauche distemper virus killed up to 1,000 lions in 1999.

The director of parks management and conservation of the Tanzania National Parks Authority (Tanapa), Mr Gerald Bigurube, told The EastAfrican last week the lion population in the Serengeti has gone up by over 1,000 over the past three years.

He attributed the quick replenishment of the lions stock to the fact that lionesses can have as many as four to five cubs at a time every two years, rather than any treatment administered to fight the virus.

He said the best the parks authority could do was to ensure that wild game are kept as much as possible in their natural habitat.

"Nature rather than drugs is the solution here, lest the animals lose their immunity and become drug-dependent," said Mr Bigurube, adding that there are natural checks and balances against such calamities as disease, flood or drought.

He cited the El Nino rains of 1997/98 which brought on an outbreak of anthrax in the Serengeti National Park, decimating the population of impala. When the weather improved, the impala reproduced quickly and regained their original numbers.

Tanapa has two veterinary units in the Serengeti National Park to monitor animal disease, but also encourages nearby Maasai pastoralists to vaccinate their herds to ward off chances of contracting wildlife infections.

It is believed that the transmission of communicable diseases is a two-way process between wild game and livestock. Rabies, for example, can originate from foxes or wild dogs to nearby village dogs and vice-versa. Wildlife and livestock share resources such as pasture, water, salt licks and space, creating ideal conditions for transmission of diseases between them.

Tanzania has in the past lost a huge number of cattle due to bovine pleuro-pneumonia, which affects both wildlife and livestock.

Diseases and vectors like tsetse flies found in areas rich with wild game, such as the Mikumi National Park in southern Tanzania, adversely affect livestock keeping.

Tanapa's programme to encourage herdsmen to vaccinate their animal stocks also aims to make such villages buffer zones between humans and wild game.

Previous Story
Tagged:
Copyright © 2002 The East African. All rights reserved. Distributed by AllAfrica Global Media (allAfrica.com). To contact the copyright holder directly for corrections — or for permission to republish or make other authorized use of this material, click here.