Liberia: It's the Little Things - A Reflection on Ellen Johnson Sirleaf's Journey to the Presidency 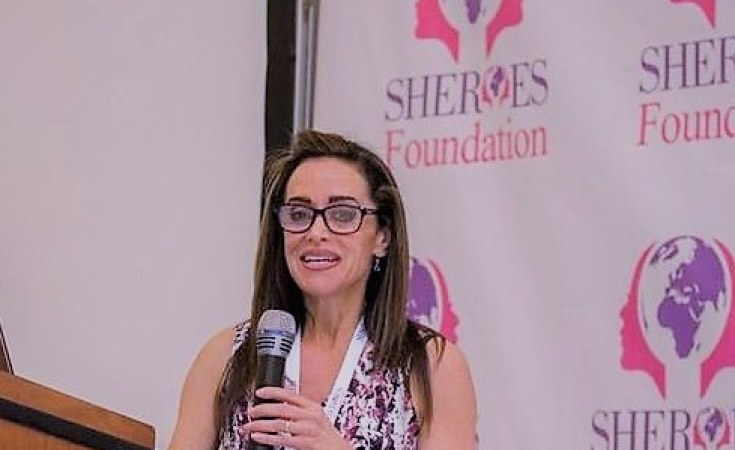 KRL
K. Riva Levinson, president and CEO of KRL International LLC, a DC-based consultancy that works in the world’s emerging markets. She is the award-winning author of “Choosing the Hero: My Improbable Journey and the Rise of Africa’s First Woman President.”
allAfrica.com
guest column By Riva Levinson

Washington, DC — It's the night after Liberia's historic inauguration of Ellen Johnson Sirleaf, the first woman to be elected president of an African nation. About a dozen close friends and family are gathered to celebrate at her house, which sits on a dusty road, four miles from the Executive Mansion that will be her official home for the next six years.

The evening combines elements of reminiscence, elation, and exhaustion. Every person here has worked tirelessly on Ellen's behalf - often for decades - as she has worked on behalf of Liberia. The country is deeply scarred after 25 years of conflict and widespread government corruption. There is no electricity, no running water, no sanitation. Health services are negligible. A generation has been lost to war.

Yet yesterday, when Ellen walked those four miles home from her swearing in, swarmed by tens of thousands of fellow Liberians, you could see something new in their eyes, something that has been long absent from this ravaged country: hope for a future.

Now, Ellen sits. On the table rests a special cake decorated with her likeness and the Liberian flag. She is a passionate intellect, exuding dignity and an indomitable strength of character. Rarely does she discuss her personal trials, but tonight is different.

She is telling us about the day in l985 when Sergeant Samuel K. Doe, who had personally killed the former president in a 1980 coup, ordered her arrested. She engaged the two soldiers who came for her in conversation, as they argued amongst themselves about whether they should take her to a barren field and kill her or bring her to jail. Confused and unsure, they took her to jail.

It's the little things - a moment of uncertainty - that can change the course of history.

I remember talking on the phone with Ellen in l997, after her first bid for the presidency, that time against the warlord, and now indicted war criminal, Charles Taylor. Since his invasion of Liberia as a rebel leader in l989, Taylor had became infamous for the atrocities he and his forces committed.

Ellen had few resources and only a handful of months to mount her campaign. Distracted by the Monica Lewinksy affair, the Clinton Administration was pushing for a quick election, seeming to want the problem of Liberia to disappear.

At Ellen's request, I tried to convince leaders of Congress and officials in the State Department and at the United Nations to postpone the election for at least a year, until all processes were in place for a free and fair ballot.

Fear reigned in Liberia, as Taylor circulated the word that unless he won, he would continue to subject the country to terror. In the streets of Monrovia, children chanted, "He killed my ma. He killed my pa. If he's President, he won't kill me!"

As a result of the widespread intimidation, as well as voter fraud, Taylor did win. Ellen was furious enough to strongly protest former President Jimmy Carter's demand that she accept the election results and work with Taylor. That's when she called me.

"Are we going to give to Charles Taylor, through a flawed election, that which he was never able to achieve through mass murder?" she asked.

I knew, however, that the United States and the international community had already turned their backs on Ellen and Liberia. I was told by an administration official that the decision to adopt a "policy of redemption" toward Taylor had been made. I was livid. "Would you have done the same with Hitler or Stalin?" I asked.

Ellen realized that there was nothing else she could do but live to fight another day. And she did.

Charles Taylor continued his reign of unmitigated terror, and more than a quarter of a million people were killed.

Tonight, as Ellen's sister, Jenny, cuts the cake, Ellen continues her story. After she was thrown in jail, a naked woman the guards had just raped was tossed into the same cell. One of the guards turned to Ellen and said, "Some say you are Gola," one of Liberia's ethnic groups.

"It is true," she answered."Say something in the Gola language," he responded.Ellen complied.

Hearing her, he offered to sleep in her cell so that she would not be raped.

It's the little things - a moment of humanity - a shared connection with place and home.

The plates of cake are passed around and we all take bites, then collectively grimace and try not to spit them out. Whoever baked the cake forgot to add the sugar.

I smile, thinking there was plenty of sweetness in this day - filling up this room - and that was dessert enough for me.

As I listen to her stories, I am struck by how close Ellen had been to becoming just a footnote in history. How small acts determined her fate.

I traveled to Liberia in July 2005 with Amara Konneh, who as a young boy saw his uncle murdered by Charles Taylor's loyalists. Now an American citizen and a successful businessman, he devoted himself to Ellen's candidacy. We were going to help develop strategies for Ellen's second bid to become president.

My colleagues and friends in 'official Washington' told me that I was wasting my time. Conventional wisdom and intelligence sources believed that George Weah, the international soccer star, was going to win. And, because Liberia is a male-dominated society, the chances of a woman being elected president were slim to none.

After meeting with Ellen and her advisers, we decided to conduct simple focus groups and test what messages resonated with the Liberian people. This may sound like an uncomplicated idea, but in Africa, and in Liberia, leaders rarely ask. People vote their fears, not their hopes for the future.

We also wanted to highlight the fact that Liberians could make history by electing the first woman to lead an African nation.

George Weah said: "The youth will not follow that old woman."

The focus of the international media on George Weah was a major obstacle. Through a journalist, we were finally able to get two sentences in the London Times about Ellen's campaign. "With or without Mr. Weah, the election promises to make history. The second in this two-horse race is Ellen Johnson Sirleaf, 67, a Harvard-trained political stalwart who, should she win, will be the first woman to lead a modern African nation."

Those two sentences were put on flyers, along with Ellen's photo and the London Times banner, and disseminated throughout the country.

"Ellen, she's our man!" became the favorite slogan of the campaign. Liberians were thrilled at the prospect of making history.

Two sentences - one flyer - a significant point in the campaign.

Behind where Ellen sits now hangs a colorful quilt, made by Liberian refugees, of a ship arriving on new soil. The sun is rising. Palm trees evoke paradise. Above the drawing are the words: The Love of Liberty.

It's the little things that often change the course of history: One person. One act. A flicker of belief.

Riva Levinson, who has been a friend and advisor to Ellen Johnson Sirleaf, President of the Republic of Liberia, for nearly a decade, is currently Managing Director at BKSH & Associates, a Government Relations Firm in Washington, DC.

Previous Story
Chasing Destiny: The Unpredictable Journey of Women in Leadership
Next Story
Choosing the Hero - a Story of Triumph of the Human Spirit Over Adversity

Chasing Destiny: The Unpredictable Journey of Women in Leadership

Next Story
Tagged:
Copyright © 2006 allAfrica.com. All rights reserved. Distributed by AllAfrica Global Media (allAfrica.com). To contact the copyright holder directly for corrections — or for permission to republish or make other authorized use of this material, click here.