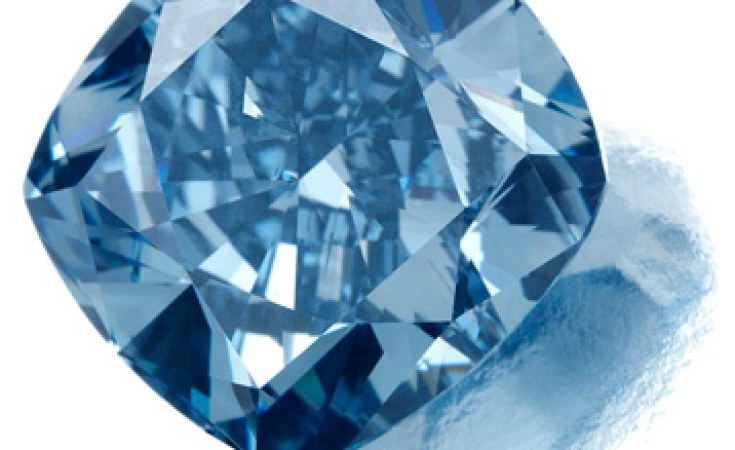 A seven-carat blue diamond discovered at the Cullinan diamond mine near Pretoria has been sold in Geneva for a record price of nearly U.S. $9.5 million.

The owners of the mine, Petra Diamonds, said in a statement Wednesday that the price fetched at a Sotheby's auction - $1.3 million per carat - set "a new record price per carat for any gemstone sold at auction and the highest price for a fancy vivid blue diamond sold at auction."

The stone is, in diamond traders' terminology, an internally-flawless "fancy vivid blue" weighing 7.03 carats. It was cut from a 26.58-carat rough stone found last year.

The mine has long been renowned for the quality of its diamonds, the most famous of which is the Cullinan diamond, which was discovered in 1905 and at 3,106 carats is still the largest gem diamond ever found. Two diamonds cut from the rough stone, the Great Star of Africa and the Lesser Star of Africa, are in the British crown jewels.

De Beers Offloads Another Mine to Petra