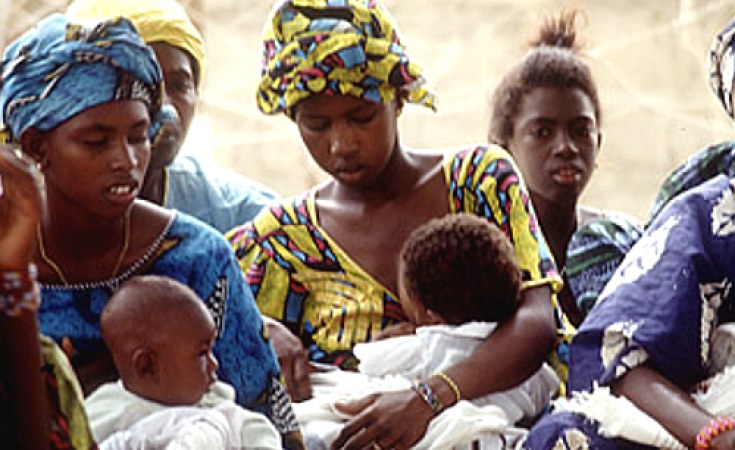 FAO
A group of women with their children in Senegal.
allAfrica.com

One billion people now live in Africa, says a new report. The continent's population is growing by about 24 million a year, and will double to nearly two billion by 2050, the report adds.

These statistics have been released by the Population Reference Bureau, a Washington-based non-profit organisation, in a report published jointly with USAID, the United States government aid agency.

The report, the "2009 World Population Data Sheet," shows that Africa is the continent with the world's highest birth rate and the highest projected population growth rate to 2050.

Although population growth has slowed in North African countries such as Egypt and Tunisia, on average women in sub-Saharan Africa have more children than women elsewhere. While globally the average woman has 2,6 children, in sub-Saharan Africa she has 5.3 children (which is down from 6.7 children in around 1950). The world's highest fertility rate is in Niger, where women have on average 7.4 children.

Worldwide, 62 percent of married women of childbearing age use contraception, but in Africa the figure is 28 percent.

The report says of the world's young people: "This very large group will arrive at working age with a right to expect gainful employment, adequate health care, and the ability to raise a family with an appropriate living standard if they so choose... But will the economic conditions of their country be able to meet their rising expectations? This will be one of the major social questions of the next few decades."

Other points from the report:

Tagged:
Copyright © 2009 allAfrica.com. All rights reserved. Distributed by AllAfrica Global Media (allAfrica.com). To contact the copyright holder directly for corrections — or for permission to republish or make other authorized use of this material, click here.