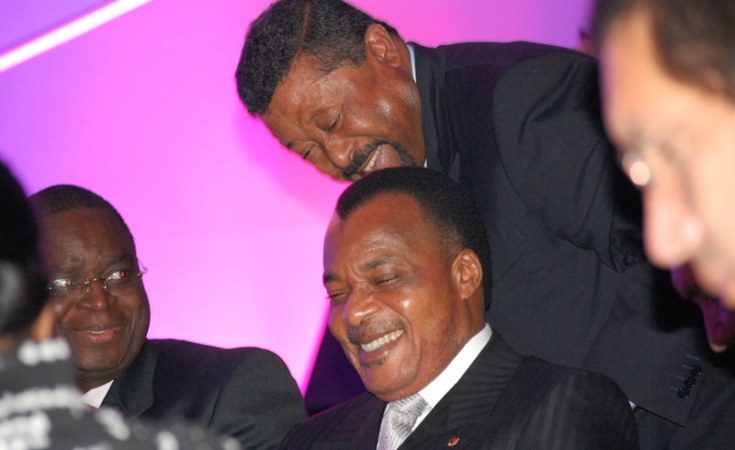 The African Union has a mandate that spans political, economic and financial, cultural and technological matters affecting its 53 members, which include all nations on the African continent except Morocco (which withdrew when Western Sahara was admitted).

Jean Ping, a former foreign minister of Gabon who also served for a year as president of the United Nations General Assembly, is the third chairperson of the AU Commission, or secretariat, since the union was formed in 2002 and replaced the Organization of African Unity. In an interview earlier this month during the U.S.-Africa Business Summit in Washington, DC, Ping discussed the top priority issues he is addressing and outlined the AU approach to such challenges as economic integration, conflict resolution and responding to regimes that come to power by unconstitutional means.

You have talked about regional integration as a priority for the African Union. How do you explain why trade among African countries accounts for less than 10 percent of the continent's total imports and exports?

I think that this is due to lack of infrastructure. You need roads and railways; otherwise you can't provide goods among yourselves. It's not easy. In the SADC [Southern African Development Community] region, the 15 member countries have succeeded in creating a free zone for about 170 million inhabitants, [built around] the economic strength of South Africa, which produces goods, not just raw materials.

It would be good for the rest of the continent to sell to each other, but you need infrastructure and a common market. We now have a market of one billion inhabitants. But, unfortunately, 165 borders divide the continent into 53 countries. Some of these [places] have less than half a million people.

Progress has been slow, but progress has been made and things are moving faster, especially in two sub-regions – SADC and Ecowas [Economic Community of West African States]. Ecowas has the same land area and population size – about 390 million inhabitants - as Europe, but a smaller economy. The first step is regional, and then you move to the continental market. The key is taking down barriers to foster economic growth.

Is there the political will to do that? Is there a resistance among many of the governments who may want to hold onto their national sovereignty? Of course! But within Ecowas, they're moving to remove the barriers. They have a free flow of goods, a free flow of persons. You can travel there without obstacles. Someone from Nigeria can travel for three months without a visa. They have interconnectivity of energy supply. The francophones have already accomplished [a common currency]. The problem for the francophones is to establish a common currency with Nigeria and Ghana. You also have legal affairs. The francophones have harmonized their legal affairs, so you can go into all 14 countries and you find similar things. You now have to extend this to the rest of the zone.

SADC is trying to negotiate with Comesa [Common Market for East and Southern Africa] and the EAC [East African Community] to increase that free trade zone.

Is there a danger that integration could exacerbate other problems? There have been, for example, outbreaks of xenophobia in countries as disparate as South Africa and Ghana.

We can't wait. We have some obstacles but can you imagine a project like that without obstacles? One of the big problems has been sovereignty – the principal of non-interference in internal affairs. Our charter, which has been ratified by all 53 countries, says clearly that in the case of genocide, crimes against humanity, war crimes, we have the duty to interfere, immediately, without asking permission [from] anybody.

Africa is probably the only continent in the world that has codified that principle. This gives us the right to go into Somalia, the right to send an army to The Comoros and reestablish a constitutional government on the island of Anjouan by force. But you use force when you have no other means. You have to try all the other means and, if you can't succeed, think about using force. Using force is not something which can be routine.

Conflict resolution and peacekeeping are central to the mission of the African Union. How would you measure progress in that area?

We have moved a lot from 15 or 20 years ago. In 1996, the continent was confronted with more than 15 conflicts responsible for half of the deaths caused by war in the whole world. Half of them! Recall the situations in Liberia; Sierra Leone; the Democratic Republic of Congo, where 10 countries were fighting inside one country; the war between Eritrea and Ethiopia. Many countries in the north of Africa were confronted with terrorism - Algeria, Egypt.

The continent was in blood. But these conflicts have been resolved, mainly by Africans themselves. We still have the problem of consolidation of peace, because countries like Liberia are vulnerable, Congo has not yet achieved peace in the eastern part. And we still have two remaining conflicts: Darfur and Somalia.

In Somalia, the AU has the primary peacekeeping responsibility. What are the prospects for ending the war there?

This is the only country in the world with no government and no institutions for 18 years. The country is no longer a country. The terrorists are doing everything that is forbidden, including piracy. It is not acceptable. A few years ago, [people might have said]: 'This is happening in Africa; I'm not concerned'. But then the piracy happened. Somalia became a threat to world peace, a threat to the world economy. All these warships went to that region. But pirates were not born in the ocean and they don't live there. They come from Somalia. If you want sustainable peace you have to go where they come from, which is on the land.

This is a collective responsibility. The United Nations belongs to all of us. Of the 192 [member] countries, 53 are African. But when we asked the Security Council to go there they don't agree. Some said that there is no peace to keep in Somalia, which means we have to bring peace first, and then they would come to keep the peace. We are alone there. We are maintaining the security of the transitional government of Sheik Sharif Ahmed. We protect them according to the mandate that we have received. But Somalia should be a state like all others [with] their own government. They should maintain their own peace. To do that we're training their security forces, about 10,000 troops.

How many peacekeepers does the AU have in Somalia?

Today we have 5,200 troops. We plan to have 8,000. But we are not going to be there forever, so we train, equip and pay [the Somalis]. There is an embargo on armaments, so we're asking for a lift on the embargo for government troops. There is a road map.

In Darfur, the AU is working alongside the United Nations. How is that progressing?

In the beginning, when the conflict started, we sent our troops alone, like in Somalia. It was called AMIS, the African Mission to Sudan. It was a very difficult time. Some of our troops died, so we called on the UN to be there. They accepted to come to Darfur and we have a joint mission, a hybrid operation. It is the biggest operation ever organized by the UN. When we reach full force, it would be 26,000. Let me tell you that 95 or 96 percent of troops there are Africans. None are from western countries. The commander is Rwandese. Rwanda has four battalions there, and Nigeria has four battalions. It's an African component trying to bring peace to Darfur.

Today, there are no more killings, really, which means that we're moving in the right direction.

The AU is now using the term 'low intensity fighting' to describe the situation in Darfur. But many NGOs working there take issue with that characterization and say the conflict is still serious.

In Darfur, the NGOs [are now] an industry. So you can understand that, sometimes, maybe people want to stay there. I'm sorry to say it as [plain] as that. But it should be clear enough that you have four main issues in Darfur. In the African Union, we take them in a holistic manner – all of them. The NGOs consider justice here, peace there. There is a problem of security and we have Unamid [the African Union/United Nations Hybrid operation in Darfur] to bring peace. But since the civil war there is a need for reconciliation. It is not the army which will solve the problem; it is dialogue and reconciliation among the population. It is not only to stop war or to give food to refugee camps, but to solve the root causes of the war and we have a political joint mediator working there.

What is the AU doing to address the situation in Niger, where President Mamadou Tandja has extended his term in office by changing the constitution?

Concerning Niger, you should know that we are committed [to action]. You should remember that we are not a supra-national government with our own army. We are an inter-governmental body.

Having said that, in the constitution of Niger, an article says you can't extend the presidential term. That's why we told President Tandja that you can't change it because your own constitution says you can't. Then the constitutional court intervened. The parliament intervened against these changes. So the African Union sent two missions to Niger. Ecowas sent several missions. President Yar'adua [of Nigeria] - who is probably the most influential person because they are neighbors and because same populations are within their borders, the Fulani and Hausa - sent [former Nigerian head-of-state] Major General Abdulsalam Abubakar to Niger to try to talk to them.

So we've been telling these people that 'you are not going in the right direction' and that the African Union is preoccupied with the situation. There are actions that are seen by everybody and there are those that are not seen. The [point] is to be effective. 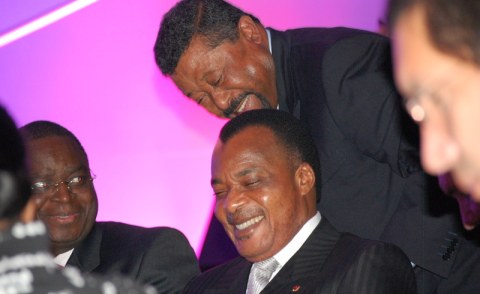 Jean Ping Defines Africa Union Priorities
Tagged:
Copyright © 2009 allAfrica.com. All rights reserved. Distributed by AllAfrica Global Media (allAfrica.com). To contact the copyright holder directly for corrections — or for permission to republish or make other authorized use of this material, click here.