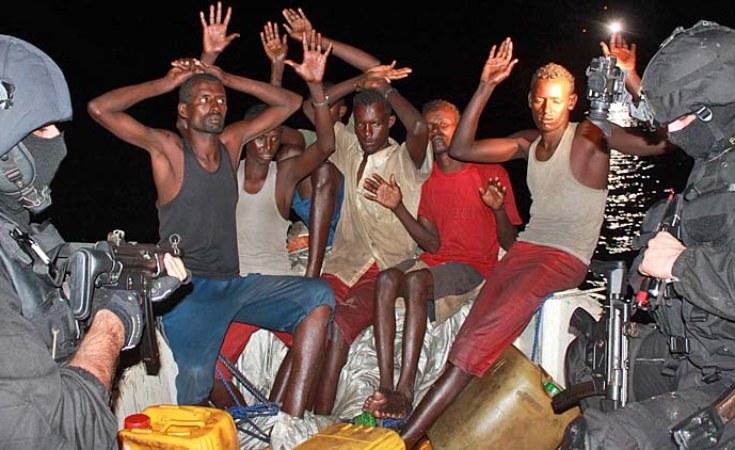 Somali pirates and commercial shipping are engaged in a low-key maritime war off the East African coast.

Since the end of the region's monsoon season more than two months ago, the European Union Naval Force (EU Navfor) has been reporting new encounters between pirates and merchant ships nearly every week.

The force was formed in response to United Nations Security Council resolutions in 2008 to protect shipping and track down pirates. EU member countries contribute warships which patrol the Indian Ocean in what EU Navfor calls "Operation Atalanta".

An analysis of the reports, and those of the International Maritime Bureau (IMB), shows that pirates are using military-grade weaponry to attack ships, and receive the sanction and support of Somali warlords who see hijacking foreign ships and holding them for ransom as a lucrative venture.

Attacks usually follow a predictable pattern, carried out with the intention of forcing ship owners or governments
to pay large ransoms to ensure the safe release of crew. They take place across a vast swathe of the Indian Ocean, some occurring east of the Seychelles.

Most hijack attempts are unsuccessful, either because ships evade the pirates, or use fire hoses - and, more recently weapons - to chase the pirates off.

December 7: Pirates in two skiffs chased and fired automatic weapons and an RPG on a bulk carrier off Somalia. A fire broke out on deck but the ship increased speed, made evasive manoeuvres and sent a distress message. The crew contained the fire and the pirates called off the attack.

December 6: The FS Floreal, a French warship, and the Seychelles patrol vessel Topaz were deployed to apprehend a suspected pirate attack group operating from a mother skiff and two attack skiffs. A helicopter helped the Topaz intercept the skiffs, and the Seychellois Coast Guard arrested 11 suspects and destroyed the skiffs.

December 2: The general cargo ship, MV BBC Togo, was attacked by pirates manning two attack skiffs. The ship was equipped with protection measures, including barbed wire. These proved sufficient to repel the  initial attack, despite the pirates firing automatic weapons.

December 1: Armed pirates chased and opened fire on a tanker 1,200 nautical miles north-east of Mogadishu. They tried to board, first from the port side and then the starboard side, but failed. The tanker's crew drove them off with water jets from fire hoses.

November 29: Pirates in two skiffs attacked a Spanish fishing vessel about 175 nautical miles east of Victoria in the Seychelles. Security guards on the fishing boat fired warning shots and the pirates broke off the attack. EU Navfor reported the incident to the Seychelles Coast Guard, a maritime patrol aircraft detected the skiffs and the coast guard vessel, Andromache, and a Portuguese warship arrested six suspects.

November 29: The MV Maran Centaurus, a Greek supertanker, was hijacked 600 nautical miles north-east of the Seychelles. On December 2, the ship was transported to the pirates' base at Hobyo, Somalia. The hijackers have warned naval forces against trying to free the tanker by force.

The Centaurus is the second-largest ship to have been hijacked by Somali pirates. Supertankers are considered vulnerable as they are unable to outmanoeuvre skiffs and are usually manned by small crews, enabling groups of as few as nine pirates to take over the ship.

Security Council Mandates International Action Against Pirates for Another Year 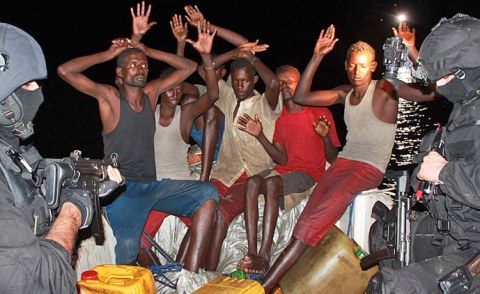 Piracy in Somalia
Tagged:
Copyright © 2009 allAfrica.com. All rights reserved. Distributed by AllAfrica Global Media (allAfrica.com). To contact the copyright holder directly for corrections — or for permission to republish or make other authorized use of this material, click here.