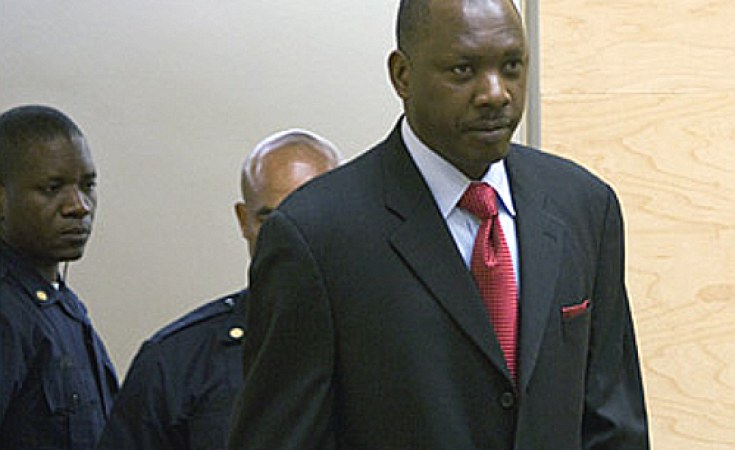 The defence in the trial of alleged Congolese warlord Thomas Lubanga Dyilo  – the first war crimes trial to be conducted by the International Criminal Court (ICC) – is scheduled to begin on Thursday. Ahead of the resumption of the case, Sheila Velez sketches the background.

The silence of the public gallery is interrupted only by the slow rise of the blinds. We are about to watch history in the making. Behind bulletproof glass a courtroom appears – the heart of the International Criminal Court. On the right, the prosecution. On the left, the defence, their sombre robes contrasting starkly with the courtroom's pale wood furnishings. In their midst – dapper, calm, attentive – sits the eye of this storm: Thomas Lubanga Dyilo, the first person ever to face trial at the ICC.

Who is this man, and what has he done to earn his dubious distinction? Now quietly jotting notes, now leaning over to consult with one of his lawyers, take away the setting and he could be a businessman as unremarkable as any you encounter on the streets of London, Brussels or New York every day of the week. Hardly a Radovan Karadzic or a Pol Pot. Hardly a Josef Mengele, whose experiments on children left the few survivors scarred for life.

When the Second World War ended, nobody expected that we would ever again allow destruction on such a scale. Five decades later, so inured had we become to wholesale slaughter that five million people could die in a new Great War, the Second Congo War, and their untold sufferings would remain just that.

Until now. Because in the course of this landmark trial, not just experts but children who became the victims of this war are taking the stand to speak to the charges that as president of the Union des Patriots Congolais (UPC), between September 2002 and August 2003 Thomas Lubanga recruited, trained and used hundreds of young children to pillage, rape and kill.

Lubanga is a member of the Hema ethnic group from Ituri, a district in the northeast corner of the Congo which has about the same land area and population size as the Republic of Ireland. Born in 1960, he secured a degree in psychology from the University of Kisangani. Married, with seven children, by the late 1990s there was no particular indication that this family man would ever become a feared warlord. In fact well into the Second Congo War he was still working as a trader, selling beans in the market of Bunia, Ituri's capital.

However, the war would set him on a path to power and notoriety, not so much for any personal military feats as for his dedication to an inherently ethnic view of politics in which the Hema as a group must either eliminate all threats or be eliminated.

From the late 1990s Ituri had become a particular focal point for violence as different factions involved in the wider war battled for control of its mineral wealth. Decades of mistrust between Ituri's ethnic groups, particularly between the Hema and Lendu, were manipulated for political ends with deadly consequences.

In June 2000, hundreds of Hema soldiers in the Rassemblement Congolais, the movement then in control of Ituri, went to Uganda for two months' military training. When they returned, tradesman Lubanga became their spokesman. It didn't matter to them that he had no previous political experience. He was educated, an intellectual, and he would speak on behalf of his ethnic group. The seeds of the UPC had been planted.

Turning on his old masters, in August 2002 his forces chased the Rassemblement Congolais out of Bunia, launching attacks on the Lendu and anyone they identified as "Jajambu" (outsiders). Almost total anarchy ensued as the UPC and rival ethnic militias not only fought each other but killed civilians from opposing ethnic groups with indiscriminate barbarity. And all sides were using child soldiers.

Now, as evidence is led in an ICC courtroom at The Hague in the Netherlands, figures in green military fatigues, clapping and singing, fill screens in the public gallery. In the midst of the figures is a slightly slimmer version of the man now in the dock. The frame freezes. The deputy prosecutor's voice cuts in.

"Witness, do you know the person who is on the screen?" The girl in the witness stand – identified only as "Witness Ten" and who even now can barely be out of her teens – confirms: "It's Thomas Lubanga." She adds, "There was one song. When we sang it, some people cried, like me, because I knew I didn't have a family anymore and that I was all alone. I couldn't really express the sadness I felt, and I couldn't really say that I was afraid."

By  September 2002, Thomas Lubanga had been appointed president of the UPC.  From then on he would brook no opposition. He would be not merely the president but the "Rais" – a king-like leader invested with permanent and sacred authority by his community; the protector of the Hema, in an existential war demanding the participation and contribution of every Hema man, woman and child.

Children were enticed, abducted, even given up by their parents for military training, the parents acting to protect themselves and their ethnic group. Many of the children were aged 10 to 15, some allegedly as young as five.

But why? What does a war machine gain from being fed with children?

Militias around the world in recent years have made a cynical calculation: that children can be exploited without payment; that they are loyal, obedient and unlikely to mutiny; that they show less fear in battle, are less capable of assessing risks and consequences than adults. And if they are girls, they are likely also to be useful as domestic servants and sex slaves.

"I used to be a virgin before I entered the UPC, but they took away my virginity. I saw the blood that completely destroyed my life," Witness Ten tells the court. Murmured conversation in the public gallery falls silent. "I cry every day, for I have no mother or father. I'm alone and it's hurting… When I think about it, I feel like killing myself."

Elisabeth Schauer, a doctor in clinical psychology, and head of an NGO working on rehabilitation after trauma, addresses the court.

"Any experience where the perpetrator is physically close with a knife, with a gun, raping you, assaulting you; such experiences are more likely to cause us to develop psychiatric disorders," she says. "Traumatic or emotionally important memories for us are burned into memory, right? Trauma doesn't subside. Trauma doesn't go away. You can be traumatised at age 11 and die with Post-Traumatic Stress Disorder when you're 70 years old."

If the UPC was using child soldiers, it was doing nothing new. Hundreds of thousands of children are in service in armed conflicts around the world. Whatever its outcome for Thomas Lubanga, the message this trial sends is new: Use children as soldiers, even in a war as lawless as that in the Congo, and one day you may forfeit your liberty.  So for anyone who values children, the future of our world, this trial matters.

Sheila Velez is a freelance journalist and author of the "Lubanga Chronicles" which document the ICC trial.

UN Expert on Children and Conflict to Testify at Lubanga Trial 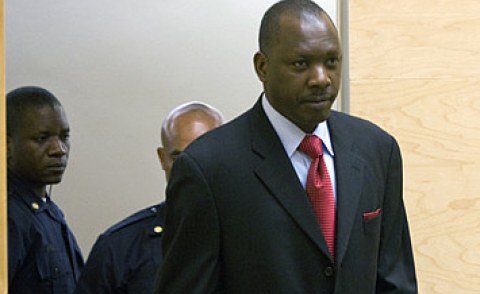 The Trial of Thomas Lubanga 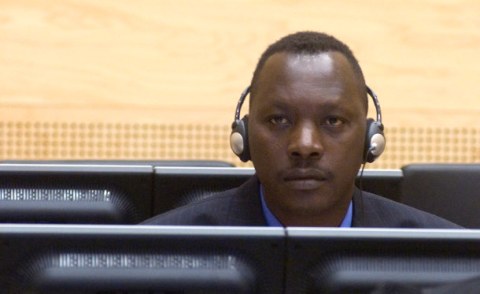 Judgment of Warlord Lubanga to be Delivered in English
Tagged:
Copyright © 2010 allAfrica.com. All rights reserved. Distributed by AllAfrica Global Media (allAfrica.com). To contact the copyright holder directly for corrections — or for permission to republish or make other authorized use of this material, click here.