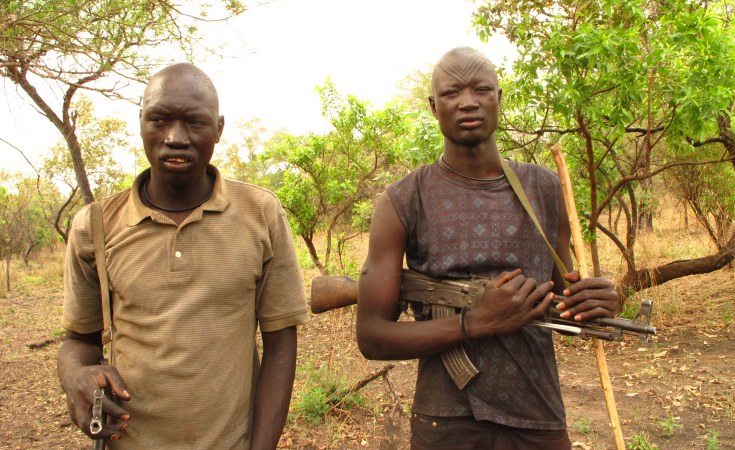 Sudan stands at a crossroads in 2010, facing increasing violence and key votes on its future. The plight of the residents of a range of villages in southern Sudan is highlighted in this photoessay by Caroline Gluck of Oxfam. First photo: Cattle herders in Nyamini village, who were forced to leave their homes after a rival ethnic group carried out a raid.

A coalition of aid agencies working in southern Sudan has called for urgent international action to save the country’s 2005 peace agreement, which it says is threatened by “a major upsurge in violence” and tensions around two key votes to be held in the next year.

“Sudan is at a crossroads,” the 10 agencies say in a report released Thursday, “and the next 12 months could determine the future of Africa’s largest nation.”

The Comprehensive Peace Agreement (CPA) of 2005, which ended a 21-year civil war between north and south, is “extremely fragile” the agencies add. “The humanitarian situation, already one of the worst in the world, is deteriorating; and in the eyes of most ordinary southerners, meaningful post-war development has been absent.”

In a news release issued with the report, one of its co-authors, Oxfam policy adviser Maya Mailer, warned that if violence in the south escalated even further, the situation could become “one of the biggest emergencies in Africa in 2010.”

Paul Valentin, international director of Christian Aid, called for “sustained diplomatic engagement from the international community, including Sudan’s neighbours… A return to war is by no means inevitable, but it depends whether the world heeds the warning signs of the past year and has the political will to save the peace.”

The report notes that 2,500 people were killed and more than 350,000 displaced in southern Sudan last year. “Some communities and observers say that the intensity and nature of… ethnic clashes, in particular the indiscriminate killing of women, children and the elderly, has exceeded anything seen since the end of the conflict.”

The agencies point to “multiple, sometimes overlapping sources” of violence:
•    North-south tensions;
•    Tensions between and within southern ethnic groups, “often as a result of competition for resources and perceptions of uneven treatment by authorities;”
•    Lack of training and resources for Sudanese government forces;
•    Destabilizing activities by militia including rebels of Uganda’s Lord’s Resistance Army;
•    All exacerbated by the widespread ownership of small arms by civilians.

In addition, they say, the international community’s attention to the south waned after the CPA was signed, and their focus shifted to the crisis in Darfur in western Sudan.

The whole of Sudan is scheduled to vote in national elections this April, and the people of the south will vote in January 2011 on whether they want to break away from the north to become an independent state.

“The parties are yet to agree a number of critical issues,” continues the report, “such as the modalities for holding the 2011 referendum or post-2011 arrangements. Without concerted international mediation, the elections and, above all, the referendum could spark serious instability.”

Other conclusions of the report:

•    Joint north-south military units created by the CPA are not meaningfully integrated;
•    The capacity of the Southern Sudan Police Service is limited;
•    The discipline of the police and the Sudan People’s Liberation Army in the south is a cause for concern.

A major section of the report says the CPA has failed to deliver a “peace dividend” to the people of the south, and there is an urgent need for intensified development alongside emergency relief.

“The scale of need in southern Sudan… is almost inconceivable. Its human development indicators are [at the] bottom of the scale. Less than half the population has access to safe drinking water.

“A pregnant woman… has a greater chance of dying from pregnancy-related complications than a woman almost anywhere else in the world. One in seven children will die before their fifth birthday. Close to 90 percent of… women cannot read or write.”

The report, Rescuing the Peace in Southern Sudan, has been released ahead of the fifth anniversary of the signing of the CPA. The agencies associated with it are: Christian Aid, Cordaid, Handicap International, the Interchurch Organisation for Development Co-operation, International Rescue Committee, Oxfam International, Save the Children Sudan, Caritas France/Secours Catholique, TearFund and World Vision. 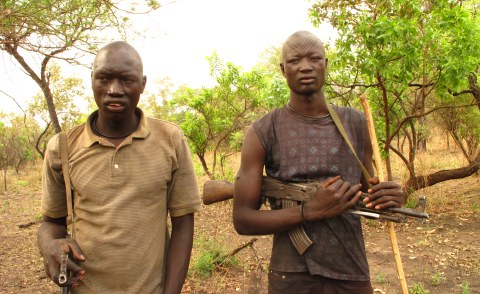 "Rescuing the Peace in Southern Sudan"
Tagged:
Copyright © 2010 allAfrica.com. All rights reserved. Distributed by AllAfrica Global Media (allAfrica.com). To contact the copyright holder directly for corrections — or for permission to republish or make other authorized use of this material, click here.