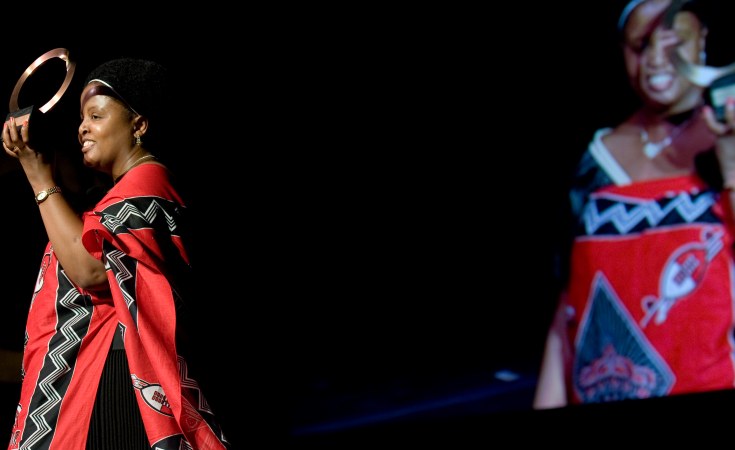 AllAfrica's Saratu Abiola spoke with Makama about her work and the next round of environmental challenges ahead.

Why was there low level of public awareness and participation in Swaziland's environmental matters, and has that improved over the years?

It wasn't really peculiar to the Swaziland situation. I think when you look back, before the Rio Summit in 1992, the environment wasn't top of the agenda for most governments, not to mention most local communities, so it was just a sign of the times.

The group was a group of people who were working inside the parks … They came up with the idea to sell the idea of conservation, wildlife management, in time [to] persuade the internal management of the parks to set up a community outreach program. They had some success with that, in terms of forming a relationship with the communities. But they found that they … wanted to interact more with the communities and they wouldn't be able to do that in the current work situation. So they formed an ad hoc group that would go out during their own spare time, [to] children in the local schools, local communities where they had their community meetings, and that is how it grew.

When the demand for outreach became a bit much - this was in 1991 - they formalized it, got a director, looked around for funding so they could set up the infrastructure. The organization was so successful in raising awareness that [it] spread all over the country.

We had a number of clubs within almost every school in the country. In 1998-99, we had to sit back and scan the environment again and see if we hadn't met our target of raising environmental awareness and we found that we had. So the question was: What next? People are now aware. The government has set up a department of environment. Our task is done. Do we close down, or are there more things to do?

We had a strategic discussion, and the outcome was that with awareness there are certain expectations. Also with the changes within government the landscape was different from what it was 1991, so there were [other] issues pressing - it wasn't just issues around wildlife. There were issues of pollution, issues of land, access to river water for communities. So the answer to the question of whether we should close down was: No, we should reposition ourselves so we can take on all the new issues that have come in.

And what has come out of that process was a new program and that is what we call the Socioeconomic and Environmental Justice Program. We loosely call it The Campaigns, where we do the campaigns for the EJ (Environmental Justice) program. So people are aware and we have been successful, but there's a lot of work to be done in terms of balancing the competing interests of gaining access to natural resources.

A complaint of environmental organizations such as Yonge Nawe was that the environment ministry under former minister Thandi Shongwe did not give NGOs any recognition. Why was that important?

That was the most powerful part of the act for us. It was there in 1992 when the first Environmental Management Act came into force, but it wasn't as emphasized as it was in the 2002 amendment. In the 1992 one, it just said that the public needed to be given space for participation, and it limited the participation to the environmental impact assessments (EIA).

The public has the opportunity to look at the report and the opportunity to comment. And that is where it ended. But we felt we needed to do more than just that; we needed to participate in the monitoring. We needed to access all sorts of information and not just the information that pertains to projects, which the EIA limits us to. So we were happy when the 2002 amendment came into force. It went beyond the 1992 provision, and said within the management board there must be space for an NGO representative.

For us, it was the most positive achievement, and the most powerful statement: that the public needs to be engaged from the bottom up in decision-making and monitoring and so forth. That is extremely important - one provision that we feel must not be messed around with.

So they didn't allow NGOs at the table. This was when you took the case to court, where the case dragged from 2006 to 2009.

The official explanation was that there was no judge to hear the matter. We went to court a few times when we were told, 'There's a judge to hear the matter, please come.' We would get there, walk around and no one knows anything about it. And at some point the excuse was [that] the matter has an implication on the constitution so [they] needed a full bench for it.

We waited a long time and then suddenly, 'No, one judge can hear it.' That's not just... it drags for months before you get to the next excuse. We had almost given up in 2009 … but we were very lucky. It was before a very progressive judge and she agreed with us.

Was it risky for her to make that decision?

Not in our case particularly. But she did take an activist position in this case. It's only the accumulated effect of her positions that has made her very unpopular. They have actually moved her from hearing civil cases. She's really been making groundbreaking decisions. Recently she made a decision that women must be allowed to register land in their own name, and the government is appealing; the government is upset. So she's really been progressive in all her judgments.

In what ways was the government keeping the NGOs at arm's length?

In 2002, when the new act came into force with these progressive provisions it coincided with the time in office of a minister of environment who was not very friendly to civil society. It was unfortunate because she had come from NGOs, and immediately as she got there all she could do was shut all the doors in our faces. We still cannot explain why, because it wasn't just about us, it was the NGOs of the sector where she had come from. She was a nurse. So during her time, it became extremely difficult to access information. You know how bureaucrats are, they would always not be willing to give information out, because it's state information, it's classified, etc.

In time, we saw a lot more of that. And working just became very difficult. In meetings, in bodies where normally we would be invited and our opinions would be sought, it wasn't happening. So when eventually the term of office of the management board came up and the new budget would be put in place with the new amendment and she didn't comply, we were not surprised. Initially we thought it was an oversight, that she had not understood, that it wasn't discretionary; it was under the law. So we engaged her and she wasn't responding to our communications. Basically, she just wanted to pretend that NGOs did not exist. We found ourselves with no option to make her respond [except] by approaching the court. When we went to court she did respond … to defend the application, which basically meant that [she] really wanted to excluded us.

And to this day you don't know why she kept you at a distance?

I think it was just a misplaced feeling of importance, because now she's one of the invited members of parliament. It's strange - she's not embarrassed to question the current minister of environment. And we're thinking, 'This is so strange.' The portfolio has environment, communication and tourism. The environment portfolio during her time was totally unimportant; she was flagging more the communication and the tourism. Now you're asking all sorts of questions on the environmental portfolio from the new minister Macford Sibandze, who, fortunately, is extremely progressive. He's a member of Yonge Nawe. He's one of those teachers that we trained in environmental education and he's been very cooperative.

Let's talk a little bit about the general environment at the time. How did this whole issue play out in the general public? Was there a lot of attention drawn to this issue?

Until we got the judgment, no. We are a very complex society; we have this ability to react to these very abnormal happenings as if they are normal. Something really outrageous can happen today, be reported in our papers and everyone would be like, 'Oh, this happened,' but then the next day no one would be talking about it. So with this, it really was a struggle that we had the responsibility to push because it is the sector that we walked. It was only then that people said, 'Oh, that was very good of you! That should not have been allowed to happen.' So there's been a lot of support for it, and when the next round of nominations came up for the management board we saw a bit more participation from the NGOs and that was encouraging. We have a representative right now on the management board.

We nominated ACAT, an NGO involved in agriculture and food production. It was strategic because we are struggling as Yonge Nawe - anytime it says environment they throw it to Yonge Nawe. We don't have the capacity to deal with everything. So we've really been trying to get NGOs who are working in the food security sector to appreciate that so long as their activities are dealing with land and water, it means that they are working with environmental resources and they should take an interest. It was one of those cases and it was strategic to allow them to take the lead in this.

Watch for Part II of this interview, where we talk to Thuli Makama about poaching, land issues, and what she hopes to accomplish in the coming years with Yonge Nawe. 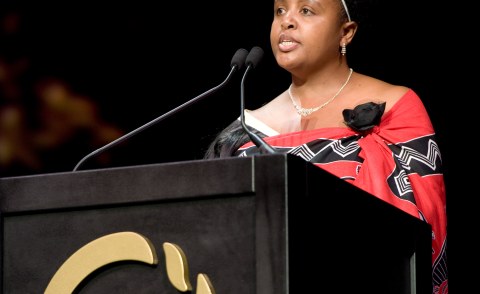 Swaziland Environmentalist Wins Goldman Prize
Tagged:
Copyright © 2010 allAfrica.com. All rights reserved. Distributed by AllAfrica Global Media (allAfrica.com). To contact the copyright holder directly for corrections — or for permission to republish or make other authorized use of this material, click here.

Eswatini People Going to Polls, But The King Has Already Won