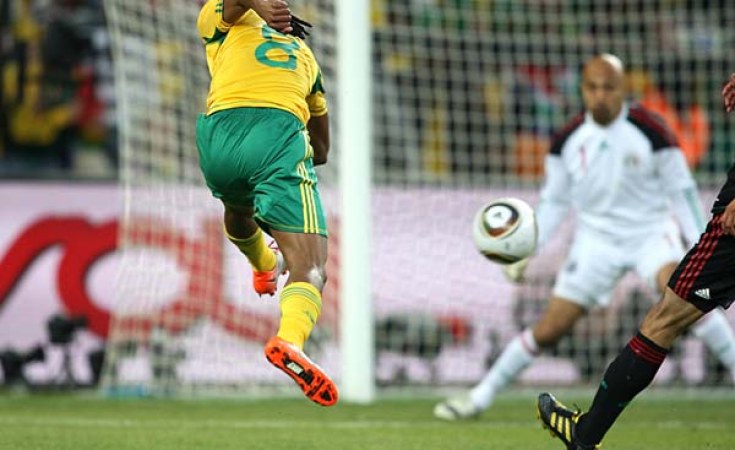 Johannesburg — Bafana Bafana coach Carlos Alberto Parreira admits that his side were nervous in their opening match of the 2010 FIFA World Cup against Mexico, but says he hopes "the ice is now broken".

"I believe the ice has been broken. The first game is always a lot of pressure for both teams. Both teams tried to win and I believe in the next game the team will be more confident," Parreira said after the match.

Mexico dominated the opening period and might have gone in at least two goals up, but the home side showed more confidence after the break, and will feel they could have won the game after striker Katlego Mphela hit the post with a minute remaining in normal time.

"I hit the ground after that late effort hit the post because I knew there was very little time left. I looked up and saw the scoreboard and I knew that if the ball went in it would have been the game for us," Mphela said.

"When the ball passed the keeper I thought it was going in. We were nervous playing in the first game for the first 25 minutes, and so were the fans because there was not as much noise early in the game."

But goalscorer Siphiwe Tshabalala, playing his 50th game for his country, was having the time of his life.

"Scoring the first goal of the World Cup on home soil was unbelievable and I am very happy to have achieved that," Tshabalala said. "I would say that it is the goal of my life, but I feel that I can still do much better.

"As a collective we played very well, especially in the second half. It was encouraging to see the way we controlled the game. I believe we can still go far in this tournament; with the hard work we have shown what we can do."

Goalkeeper Itumeleng Khune admitted he was a little disappointed at the crowd support in the opening half when Mexico were on top, feeling the vuvuzelas had the ability to lift his side.

"We did not hear those vuvuzelas blowing, maybe it was a Mexico home game because all the people who were making most of the noise were Mexican fans," Khune said.

South Africa can now move on to face Uruguay with some confidence on June 16, though at times they were woefully exposed at the back by the Mexicans. They rode their luck for large parts of the game, but will still be ruing that hit post from Mphela which could have given them a famous win. 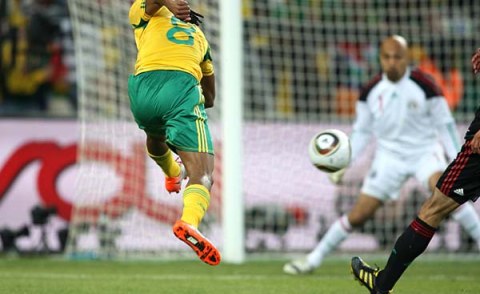 South Africa Draws With Mexico at World Cup
Tagged:
Copyright © 2010 allAfrica.com. All rights reserved. Distributed by AllAfrica Global Media (allAfrica.com). To contact the copyright holder directly for corrections — or for permission to republish or make other authorized use of this material, click here.