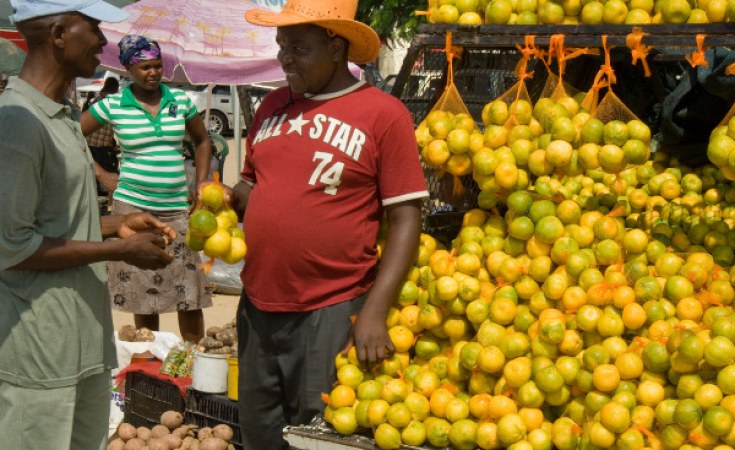 The Commission for Africa has criticized the "glacial" progress of talks aimed at eliminating the regime in which rich countries stack the odds in favour of their traders and farmers at the expense of those in developing countries. An excerpt from the commission's new report, dealing with talks being conducted through the World Trade Organization, the current round of which began in Doha, Qatar, in 2001:

Despite the fact that changes to trade rules have relatively few costs and could yield significant benefits, progress on trade has been woeful.

In 2009, 1% of world trade was worth $195 billion, which was more than five times the amount that sub-Saharan Africa received in development assistance in that same year ...

The value of Africa's exports has grown dramatically in recent years and by 2008 its share of global trade had increased to 3.3% – yet that remains a very modest share and the smallest of any region in the world. Progress on the Doha Development Agenda (DDA), which was supposed to put development at the heart of trade, has been glacial – and very far from the Commission's ambition that the talks should conclude by the end of 2006. There have been four ministerial meetings to try to break the logjam. On issues critical for Africa, such as reductions in agricultural subsidies, improved market access for its products and expansion in the trade of services, progress remains elusive.

2010 has seen a further lessening of ambition, with some countries calling for a reassessment of the talks' objectives in a changing global environment.

At Gleneagles (a summit of the world's biggest economies) and at subsequent summits, the G8 countries committed to progress on agriculture in the DDA as well as unilateral reforms. At the Hong Kong World Trade Organization (WTO) Ministerial Conference in December 2005 it was agreed to eliminate export subsidies by 2013, but this has not been followed through.

The Organization for Economic Cooperation and Development estimates that the governments of Canada, the European Union, Japan and the USA collectively spent $219.4 billion on subsidies in 2008. In the USA, the Farm Bill expired in 2008, creating an opportunity to reform the country's subsidies programmes. However, the new $307 billion, five-year Farm Bill that was passed in 2008 contained only some incremental changes. The new version of the Bill has actually increased the trade distorting nature of payments by paying farmers when prices are low, so isolating them from market signals.

The diffculties in cutting support through domestic reforms, where there are strong vested interests, highlights one of the potential advantages of the WTO process, where cuts are made multilaterally and there is the possibility of trade-offs with other sectors.  However, a 'grand bargain' has proved elusive and this lack of progress in the DDA has meant that there has been no progress on the majority of the Commission's  recommendations on international trade rules...

African regional economic communities have recently focused on integration by implementing their agreements to phase out border tariffs and by addressing physical trade barriers such as complex customs procedures. Further progress is needed, however, on the policy challenges, such as overlapping memberships and mandates, underdeveloped financial markets and poorly harmonised policies and procedures.

Pan-African initiatives of the African Union and NEPAD and public-private partnerships through Development Corridors and one-stop border posts are also beginning to improve the continent's infrastructure and reduce the costs of trade. The G8 are increasingly coming together to support these African-led initiatives and are also looking for ways to ensure better coordination between themselves and the increasing number of private sector partners, many from emerging economies, that are investing in infrastructure.

There is potential to upgrade infrastructure networks and modernise inefficient ports and customs facilities. At the Conference of African Ministers of Industry in 2008, African governments pledged to the removal of physical and non-physical barriers within and between African countries. A fully operational Trans-African Highway Network of development corridors could have a very positive impact on intra-African trade. 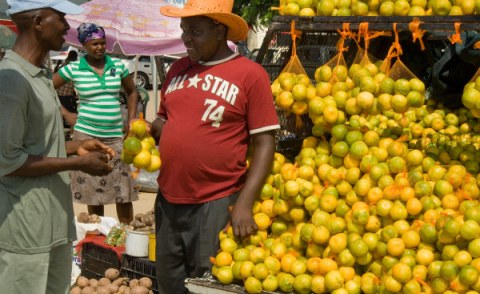 Africa: Is the Doha Round Delivering on Poverty? 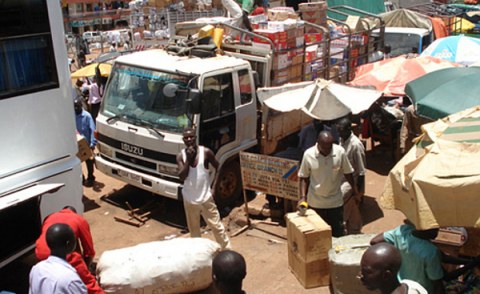 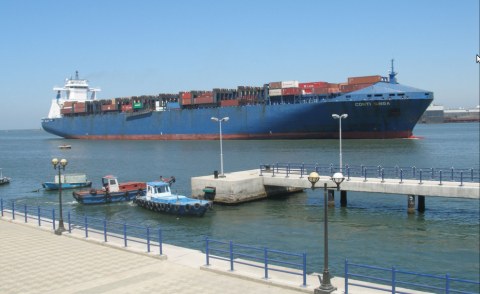 Will Doha Trade Talks be Subverted?

Africa: Doha Talks at Risk of Collapse
Tagged:
Copyright © 2010 allAfrica.com. All rights reserved. Distributed by AllAfrica Global Media (allAfrica.com). To contact the copyright holder directly for corrections — or for permission to republish or make other authorized use of this material, click here.