Algeria's leaders suggested to a senior American official in 2008 that if Morocco approached Western Sahara's demand for independence with a more "elegant" touch, it might persuade the territory to accept a status similar to that of Puerto Rico in relation to the United States.

President Abdelaziz Bouteflika suggested that with such a settlement of the dispute over Western Sahara, Sahrawis might choose to remain a part of Morocco in some way. He was speaking to the former U.S. Assistant Secretary of State for Near Eastern Affairs, C. David Welch.

Details of the conversation were reported in an American diplomatic cable released by WikiLeaks. The text of the cable follows:

¶1. (S) SUMMARY: In February 26 and 27 meetings with NEA Assistant Secretary C. David Welch, President Abdelaziz Bouteflika and Prime Minister Abdelaziz Belkhadem emphasized their familiar line on self-determination for Western Sahara, as well as the need to find a way out that would allow Algeria to "save face." Bouteflika said that relations with Morocco were "brotherly" and that Western Sahara was the only issue standing between them. Because the U.S. was unburdened by the colonial past of France in the region, Bouteflika felt it was ideally placed to serve as an informal referee in resolving the dispute. Although he said he understood Morocco felt threatened by the prospect of Western Saharan independence, Bouteflika said that Morocco only had itself to blame for the current situation, as it had proceeded in a "clumsy" manner. With a more "elegant" touch, he said, Morocco could have encouraged "a Puerto Rico" outcome, where Sahrawis would happily choose to remain a part of Morocco in some form. Welch underlined to the Algerian officials that the U.S. sought a practical approach that could help the current negotiations make progress, and the Moroccan autonomy proposal offered such a possibility. END SUMMARY.

¶2. (S) In response to A/S Welch's assertion that the Moroccan plan served to move a frozen situation forward in the absence of any alternative, Bouteflika asserted that the plan of former Secretary of State James Baker was such an alternative. He told A/S Welch that if another option was necessary, "self-determination is that alternative" and the Baker Plan should be discussed. A/S Welch replied that the Baker plan is dead because it, too, failed to generate progress. In Bouteflika's view, Baker failed because it was not given a chance, and he blamed the U.S. for "not taking its UN Security Council responsibilities seriously." Bouteflika said the Moroccan plan offered less autonomy for Western Sahara than an Algerian province currently enjoys (reftel). He conceded that Algeria does have influence in Western Sahara, but swore he would not use it to violate what he sees as international law.

¶3. (S) Prime Minister Abdelaziz Belkhadem told A/S Welch on February 26 that the stability of Morocco was in Algeria's interest, and that attempting "to transform an anti-colonial issue" was not the right path to take and was potentially destabilizing to the region. Bouteflika, meanwhile, said that he understood Morocco felt threatened by the prospect of independence for Western Sahara, but stressed that the Moroccans only had themselves to blame for current Sahrawi determination. Bouteflika explained, saying that Morocco could have easily used a more "elegant" approach to produce a Western Sahara independence that could be controlled or supervised. Instead, he said, "they want Anschluss like Saddam Hussein with Kuwait." Bouteflika said he easily could have imagined an outcome in which Western Sahara chose to remain a part of Morocco after seeing the benefits of Moroccan rule, in much the same way "as Puerto Rico chose to remain part of the U.S." According to Bouteflika, Morocco needs to offer the Polisario something, since "you cannot ask concessions from people who have nothing in their pockets." Had it not been for Morocco's "clumsy" approach, Bouteflika said "they could have gotten what they wanted."

¶4. (S) Burdened by its colonial history in the Maghreb, France is unable to play a constructive role in resolving the Western Sahara dispute, according to Bouteflika. France "has never really accepted Algerian independence," Bouteflika said, and he claimed that France was trying to settle scores with Algeria by interfering in Western Sahara in support of Morocco. In contrast, Bouteflika said the U.S. was an ideal counterweight to balance Morocco, as none of the parties

involved had any bone of contention with the U.S. Bouteflika complained that the U.S. treats Algeria as "second class" compared to the preferential treatment it gives to Tunisia and Morocco. He said the U.S. should understand Algeria better, as "you also paid a price for your independence." Belkhadem told A/S Welch of Algeria's admiration for U.S. positions on the independence of East Timor and Kosovo. "Why don't you share the same views on Western Sahara?" asked Belkhadem, "it leaves us wondering what our U.S. friends want." With both Algerians, A/S Welch underlined that the U.S. sought practical approaches that would advance the Western Sahara negotiations forward. The Moroccan proposal, he noted, offered a possibility. He urged the Algerians to consider what they could do to help the current negotiations make concrete progress.

¶5. (S) Bouteflika repeated to A/S Welch several times the need for Algeria to get itself out of the Western Sahara dispute in a way that allowed it to "save face." He reiterated that Algeria "has no claim" at stake, and spoke of looking towards positive future relations with Morocco, as "one day we will need to get beyond this." In a February 27 meeting with Foreign Minister Mourad Medelci, A/S Welch invited the Algerian delegation to visit Washington immediately following the next round of negotiations at Manhasset, to continue the discussions.

¶6. (U) This cable has not been cleared by A/S Welch. FORD 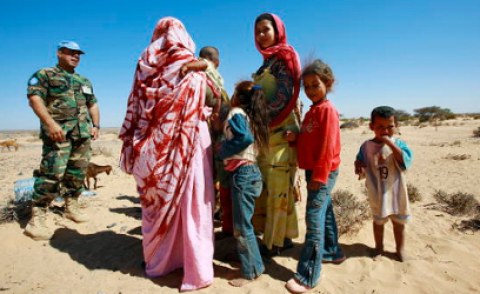 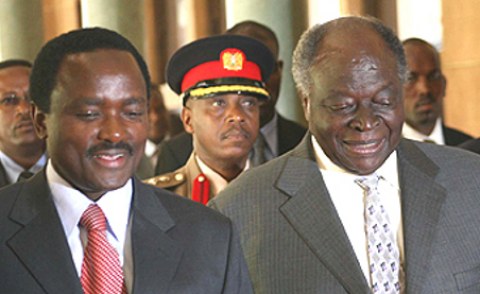 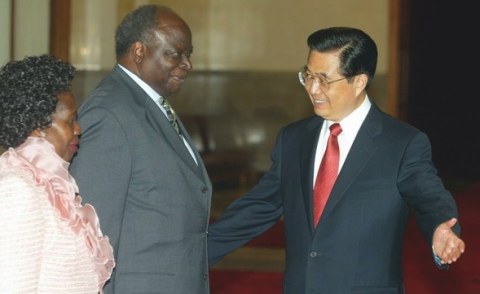 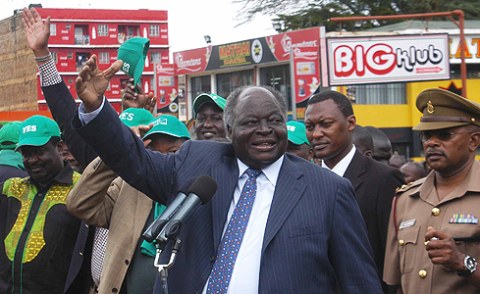 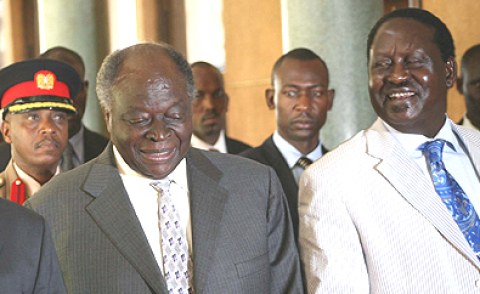 Cables Suggest Vote Rigging, Govt Tension in Kenya
Tagged:
Copyright © 2010 allAfrica.com. All rights reserved. Distributed by AllAfrica Global Media (allAfrica.com). To contact the copyright holder directly for corrections — or for permission to republish or make other authorized use of this material, click here.