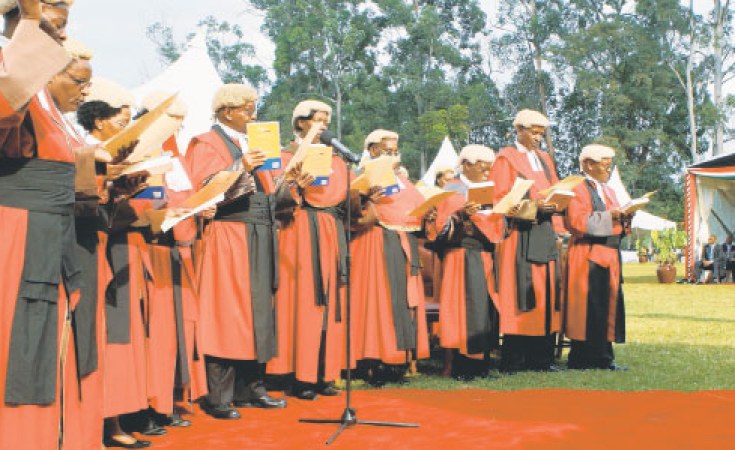 A poll commissioned by The New Vision, shows that Ugandan workers, both male and female, are being harassed sexually.

The question was posed to randomly chosen people from all the regions in the country.

More women had experienced sexual harassment than men, the survey found. Of those who said they had been harassed, only 13.5% were male.

Respondents in the northern region reported less sexual harassment at work than in other regions, with only 9.6% saying yes to the poll question. Central Uganda topped the reported harassment with 19.3% followed by the West with 17.9% and the East at 17.3%.

Sexual harassment at work can take different forms and it seems to occur at all sorts of workplaces, from corporate organisations where job security is bought with sexual favours, to some churches where staff are harassed with sexual insinuations in the name of God. There is also harassment of domestic workers as well as informal workplaces like markets where traders routinely touch and make sexual advances and comments on others.

Hope Turyasingura, the Technical Adviser at Centre for Domestic Violence Prevention, agrees that sexual harassment takes place at workplaces, many times unreported. She notes that because of the socialisation process in our culture, women tend to view some forms of harassment as the first steps of initiating a normal relationship.

Annette Kirabira a counsellor agrees that issues related to sexual harassment tend to be under-reported because they are considered sensitive. Some respondents may feel inhibited, but it all depends on the methodology used in the research.

Kirabira notes that sexual harassment at work is usually a result of people who think a woman's 'No' is not really a No.

Most men being harassed at work are harassed by women in positions of authority over them at the workplace.

"People in power think they can get away with many things. Some also use the harassment as a control tool in some kind of power play, so people need to be alert," Kirabira says.

In April 2009, several policewomen from Kampala, Wakiso and Mpigi districts shed tears as they narrated their experience of sexual harassment in the force before the Inspector General of Police (IGP). They said they were asked for sexual favours in order to secure deployment or promotions. Some said they had remained at the same rank for over 20 years because they rejected sexual advances from their superiors.

"Due to sexual harassment, many of our colleagues get infected with HIV/AIDS and can't be admitted for refresher courses. They end up getting frustrated, which has discouraged many other young women from joining the force," said Norah Asiimwe, a policewoman during the meeting at Police Training School, Kibuli. This was the first time the women were speaking openly about their grievances and the IGP promised to investigate the matter.

The research also showed that the level of education was a notable factor in whether people fell victim to sexual harassment at work.

Harassment was higher among those who had lower education levels. Of those who had attained tertiary level of education only 11% said they had suffered sexual harassment while 19.1% of the employees who had never been to school had been harassed sexually.

Turyasingura notes that the more people are informed, the more they are able to defend themselves against harassment.

"A man would know that if he tried to harass me, my response would be aggressive. Whereas they can take advantage of the uneducated to harass them," she says.

As the New Vision poll shows, sexual harassment does not only affect females, but males as well.

"During my first appraisal at work, my supervisor told me that she was in love with me and wanted a relationship with me. I was scared of loosing my job and I accepted Three months later, she told me she was pregnant. I was confused but had to accept that I was soon becoming a father," said a male respondent in Rubaga, Kampala.

The Federation for Uganda Employers (FUE) encourages all employers to have workplace policies against sexual harassment as provided for in the Employment Act.

"We create awareness and assist employers not just to have the policy but to also implement it in their organizations. During our visits we inquire about the situation and yes, we do encounter some instances, though in some cases the allegations are blown out of proportion, if we hear about instances of sexual harassment we advise accordingly," says FUE Executive Director Rose Ssenabulya.

Chris Mwesiimo, the human resources manager of Uganda Wildlife Authority, says harassment does take place, mostly against female employees, but there is a policy within the organisation to deal with it.

"We have handled several cases and people have been dismissed, not just for sexual harassment but all types of discrimination," he says.

It is intimidating, offensive and unreciprocated treatment with sexual overtones. Sexual harassment can create an uncomfortable work environment and affect performance.

The perpetrator gives the impression that when one submits to the advances, one would gain favours, while refusal of such proposals would mean frustration or dismissal from the job.

Sexual harassment is more often between a boss and a subordinate, although it can occur between equals. When it happens between colleagues, sexual harassment often goes unreported or is sometimes not recognised as such.

When she was an intern at a media organisation, Joy faced constant harassment from a colleague that she took for granted. "I never knew I was being harassed. Instead I thought I was popular and associating with him made me more popular. He always came to hug me and say many seductive words publicly that I found embarrassing. I feared to react harshly. Later I regretted not being stronger and reporting him."

"The majority of the victims of sexual harassment are women. Men are mostly harassed to a limited extent by female bosses who feel they need a partner, but because society does not expect women to make advances, their actions and body language is seen to be harassment," says Turyasingura.

"The Penal Code deals with sexual crimes, but it is not specific. That is why we wanted Parliament to pass the Sexual Offences Bill which was watered down and shelved. Turyasingura She decries the poor reading culture which prevents people from knowing what the constitution says about sexual harassment and how to seek redress.

If the victim perceives such attention as unwelcome, it qualifies as harassment, even though the perpetrator thinks he/she is innocent. The US-based Equal Rights Advocates however point out that a single incident that is not pervasive or severe may not be looked at as harassment, such as when one asks for a date once.

What to do if sexually harassed

But if one feels he or she is being sexually harassed at work, one may have to take action otherwise the perpetrator may be encouraged to continue. Annette Kirabira points out that it is important to set one's boundaries clearly and say a firm 'No'. The 'no' must be consistent and not accompanied by giggles, for example.

"Should it go on, there are a few options. If you want to continue working at that job you will have to report the matter to your head of department or the human resource department. You should be bold enough to confront the issue by reporting it rather than spreading rumours. You might consider a switch of department if possible or get another job," Kirabira tips.

Reject any invitations of a sexual nature. If the harassment does not end promptly, put your complaints on paper by writing the offender a letter asking him/he to stop. Keep a dated copy for future reference, just in case.

Write down the details of harassment that has taken place, including the date, place and time and include witnesses if available. One could ask witnesses to write down what they saw or if they are experiencing the same harassment. Keep the record in a safe place, like at home.

Report the Harassment to your immediate supervisor, human resources department or anyone within the organization with the power to discipline the perpetrator. Do this in writing where possible so that it is in the record, and keep a personal copy. You many need to show that you reported the harassment in future in case of legal redress becomes necessary.

If there are grievance procedures dealing with sexual harassment at work use them accordingly. Employers' manuals may have sections regarding this issue or you may speak to the human resource people about your course of action.

In UWA, for example, Mwesimo says: "If it is reported we do investigate until the end and if someone is proved to have harassed an employee they face instant dismissal. Staff members are free to report to their supervisors. We have some ladies in the human resource department whom they can report to in case they fear their supervisors." 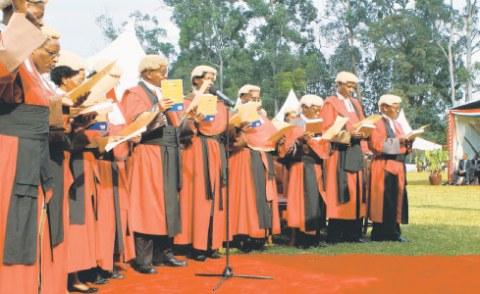 Probe Into Sexual Harassment Claims At Uganda's Judiciary
Tagged:
Copyright © 2011 New Vision. All rights reserved. Distributed by AllAfrica Global Media (allAfrica.com). To contact the copyright holder directly for corrections — or for permission to republish or make other authorized use of this material, click here.