Africa: Call to Assess Role of Mobile Technology in Health 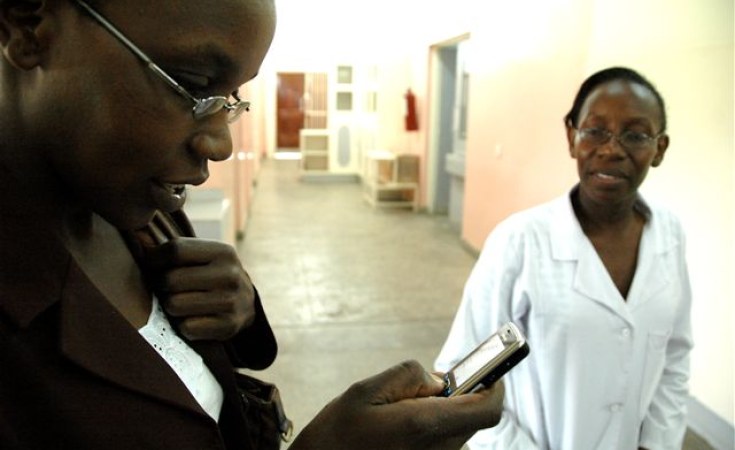 With more than 70 percent of the world’s five billion cellphone users living in low- and middle-income countries, mobile technology is seen as offering the potential to improve healthcare for the poor. The first African mobile health summit held in Cape Town, South Africa, from June 6 to 9 saw the release of the second global survey by the World Health Organisation (WHO) assessing this emerging field, known as “mHealth”.

The WHO survey showed that eight of 10 countries are using mobile phones to support health services. The most frequently reported initiatives were call centres, toll-free phone services, systems for managing emergencies and disasters, and telemedicine interventions.

African mHealth projects cited as promising include an initiative in the Democratic Republic of Congo where Population Services International (PSI) supports a free hotline to back up its family planning campaigns, and a U.S. university-funded program in Ghana which offers free voice and SMS services around health needs.

The study raised concern that two-thirds of these programs are small and still in the pilot stage. “The dominant form of mHealth today is characterized by small-scale pilot projects that address single issues in information sharing and access,” the report concluded. “There were only limited larger mHealth implementations primarily supported by public-private partnerships.”

Misha Kay, manager of mHealth at WHO, told the summit that mHealth's effectiveness urgently needs to be assessed, as only 12 percent of the projects and services surveyed have been evaluated. Kay said that WHO aims to study global mHealth best practices and conduct cost-benefit analyses to evaluate programs in its study, especially in light of the limited budgets of developing countries.

Kay said that some 40 African countries currently use mHealth services, with larger countries that have several cellphone operators - such as Ethiopia, Nigeria, South Africa and Kenya - at the forefront of developments.

The WHO report singled out poor regulation of the mobile industry as a problem for mHealth development in Africa, noting that “No rules exist, for example, to stop pharmaceutical companies from giving away mobile phones to medical professionals as part of promotional campaigns.”

In an opening address, South African Deputy Minister of Communications Obed Bapela told the summit that his government views mHealth with a mixture of optimism and caution.

"We're enthusiastic that technology will help fast-track the delivery of services and reduce transport costs for poor people,” he said. “At the same time, we're cautious about issues of confidentiality and the vulnerability of patients that arises around cyber security issues.”

Bapela voiced concern over the motives of the mobile industry for getting into healthcare, arguing that, “We also need to look at whether the mobile operators are just looking at an opportunity to make more money.”

“Of course, GSMA’s job is to find new revenue streams,” said Peter Benjamin, managing director of Cell-Life, a South African NGO that uses cellphones around HIV/AIDS health needs. “We understand that this is a necessary next stage for mHealth to grow up and be a self-sustaining sector that can offer real services on a mass basis, but there is still a definite tension between those in the field who are driven by return on investment and those driven by overwhelming health burden in developing countries.”

Benjamin endorsed the urgent need cited in the WHO study for empirical evidence to determine whether and how any of the hundreds of pilot projects in Africa and worldwide can be taken to scale and offer mass medical benefits. He said that the buzz phrase coming out of the summit was: “Counting SMSs is not evaluation.”

According to Benjamin, Cell-Life has conducted a formal evaluation of its programs, a randomised control trial to discover whether sending different sorts of SMSs can persuade people to go for HIV testing. He said his organization, funded by the Vodacom Foundation and the U.S. Agency for International Development, is also running two adherence trials to assess whether the use of the super-cheap instant messaging service, MXit, results in patients being more likely to take their pills. Developed in South Africa, MXit has 27-million subscribers who send SMS-type messages through GPRS, bringing the unit cost down to one-tenth of a U.S. cent. Cell-Life has used this service, wildly popular among youth, including the disadvantaged, to link to the country’s National AIDS Help Line.

Chairman of the board of the mHealth Alliance, Tom Wheeler, noted in his closing address to the summit that that the mobile operator is not the initiator, but rather the enabler. “There is a reason that this is mHealth, not hMobile,” he explained. “Mobile enables the health application.”

The executive director of the GSMA Development Fund, Chris Lock, again stressed that in order for mobile operators to take mHealth to scale, they must assess how it performs as a sustainable business. However, what is sustainable in developed country markets may differ from the approach needed to best service developing countries. “The challenge is achieving that potential in the developing world,” he said, “while at the same time making sure it fits within the financial constraints that working in those environments offers.” 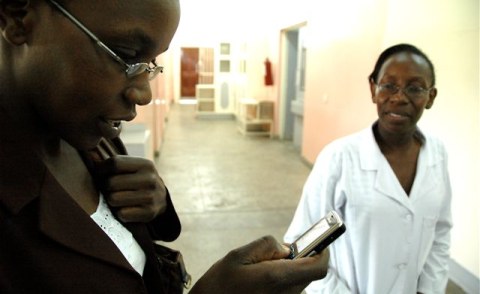 Call to Assess Role of Mobile Technology in Health
Tagged:
Copyright © 2011 allAfrica.com. All rights reserved. Distributed by AllAfrica Global Media (allAfrica.com). To contact the copyright holder directly for corrections — or for permission to republish or make other authorized use of this material, click here.