Congo-Kinshasa: Media Statement By President Jacob Zuma After Witnessing the Signing of the Memorandum of Understanding With Respect to the Grand Inga Hydro-Electric Power Project With President Joseph Kabila Kabange, Lubumbashi 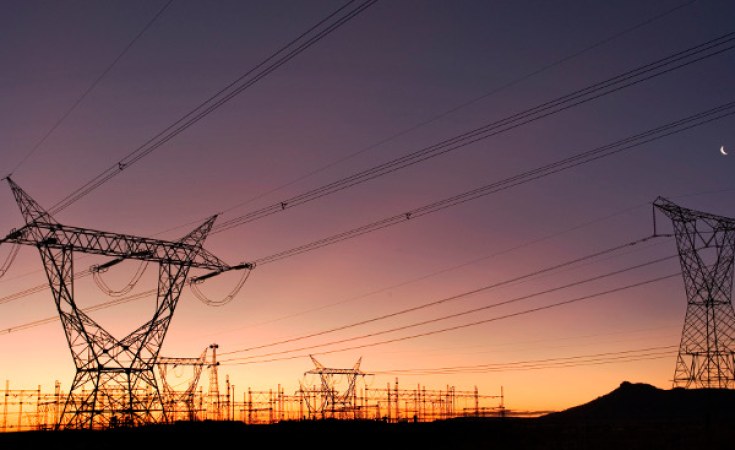 Chris Kirchhoff
Grand Inga is envisaged to be the world's largest hydropower scheme and part of a greater vision to develop a power grid across Africa.
Government of South Africa (Pretoria)
press release

Five months ago I was in Lubumbashi, Democratic Republic of Congo, to attend what turned out to be a very successful Bi-National Commission meeting.

At that meeting we decided to speed up and finalise negotiations on the important project, the Grand Inga Hydro-Electric Power Project.

We are pleased therefore to witness the signing of the Memorandum of Understanding (MoU) on the Grand Inga Hydro-Electric Power project, by our Minister of Energy Ms Dipuo Peters and her counterpart, Mr Gilbert Tshongo.

The MoU aims at starting the development of large scale power generation in sub-Saharan Africa, with particular focus on hydro power resources. It further seeks to realise the biggest hydro power project which will not only benefit the people of Congo but will also benefit the entire African continent.

The Grand Inga complex, falling within the Bas-Congo Strategic Development Corridor that forms part of the SADC Regional Indicative Strategic Development Plan in the eastern part of the Democratic Republic of Congo, could potentially generate 40,000 megawatts. The plant would be able to supply electricity to 500 million people on the continent. This partnership is therefore an important milestone for the two countries.

Today therefore is a day on which the people of Congo begin to realize this long held dream, a dream which many people thought would never be realised. It is a day to prove Afro-optimists right and a day of celebration for South Africa too.

In addition, South Africa is also humbled to contribute logistical and security support to the DRC during the coming elections. We are driven by the spirit and letter of the General Cooperation Agreement signed in 2004 which seeks to promote political, economic and social cooperation and partnership between our two countries.

The entire region is also ready to support. SADC has deployed a significant number of election observers. South Africa alone has contributed over 80 observers in the entire observer mission, which is led by our Minister for Correctional Services, Ms Nosiviwe Mapisa-Nqakula, in South Africa's capacity as the current chair of the SADC Organ Troika.

Their mandate is to observe these elections within the broad parameters of the Constitution and applicable legislation of the DRC as well as the SADC guidelines and principles on the conduct of elections.

As Chair of the Troika I call on all parties to conduct themselves in a manner conducive to the holding of peaceful elections.

I wish the SADC observers and all other observer missions well on their important task.

We also wish the people of the DRC and all participating parties well during the election.

We wish to extend our deepest gratitude to his Excellency President Kabila for hosting this ceremony and for the hospitality and warmth with which we were received during this working visit.

We look forward to partnering with the DRC as this country traverses the long journey to economic reconstruction and development.

World's Biggest Hydropower Scheme Will Leave Africans in the Dark

Next Story
Tagged:
Copyright © 2011 Government of South Africa. All rights reserved. Distributed by AllAfrica Global Media (allAfrica.com). To contact the copyright holder directly for corrections — or for permission to republish or make other authorized use of this material, click here.