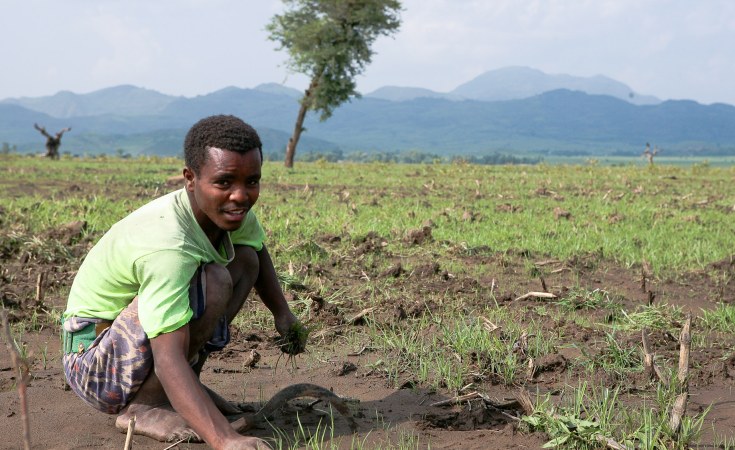 Human Rights Watch released its latest highly critical report on Ethiopia last week, claiming abuse and coercion in a resettlement program. While Ethiopia's government detests the interventions of foreign rights groups, a restrictive law means there are virtually no domestic monitors of abuses.

The study released last week said that "tens of thousands of indigenous people had been forcibly moved" in the Sudan-bordering Gambella region as part of a resettlement program.

The sensational report, which alleges a series of abuses by security forces overseeing the scheme, had the desired effect, with the group's finding plastered across Western media. "Ethiopia evicting its own people to feed others: Human Rights Watch," said the header in the U.K.'s Daily Telegraph.

The food reference is to the commercial farms that are being developed across the sparsely-populated region. Indian and Saudi Arabian investors are already developing huge plots, while the government has earmarked around 40 percent of the state for large-scale farming. The government has not stipulated that the crops grown should be sold in Ethiopia, and critics believe most of it will be exported. HRW said locals and former officials told its researchers the 'villagization' program was designed to clear land for leasing.

For the Ethiopian government, HRW's name is mud. "These persistent and unfounded allegations of human rights watch based on its neo-liberal ideology will not deter Ethiopia from pursuing in its development path," said the Ministry of Federal Affairs in response to the report. A 2010 HRW release alleging that the ruling party was suppressing the opposition by denying supporters access to aid programs cemented its position as an enemy of the state.

Prime Minister Meles Zenawi's government argues the resettlement of, so far, around 100,000 Anuak and Nuer people in Gambella is voluntary and is aimed at clustering scattered households in order to provide services including schools, health clinics and agricultural assistance. The over-arching goal is "to tackle poverty and ignorance and to usher in a new era of Ethiopian renaissance," the government says.

In its interviews on the ground with "over 100â-' people - around 1 in a 1,000 of those involved in the program so far - HRW's researcher said "virtually everyone" they spoke to said moves were involuntary. Interviewees in Gambella were selected through advice from contacts, it says. The organisations also spoke to Gambellan refugees in Kenya who had been affected by the program.

While HRW's sample size is small, the government's position that all moves are made of individuals' free will rings hollow. In the nation's south where the government is planning a 150,000 hectare sugar plantation it also says that resettlement will be voluntary. No explanation is offered of how residents can have a choice of whether they move when they are being displaced by a state-owned field of sugar cane.

Aside from the abuse and coercion, HRW also slams the government for not providing promised services in the new locations. It then turns its fire on donors, paradoxically accusing them of funding the local governments that provide the services.

Officially, the U.K., which has just made Ethiopia its top aid recipient, said it is not supporting the program, but is worried about the poor service provision. Privately, one senior aid official expanded on the stance: "Villagization is not a development policy to be supported. However, HRW tend to lack transparency in their methods and reporting, unfortunately, seemingly more keen on the headline than the full truth."

With the government hostile and donors too sceptical to investigate inconvenient findings, it is hard to see what the direct benefit of HRW's reporting is on the victims it identifies.

In its defence, in Ethiopia's monolithic system, it is performing a valuable investigative role. Political opposition is virtually non-existent, no established media operates in Gambella and the rest of civil society is muted. Pact Ethiopia, one of only a handful of international charities with programs in the state, declined to even give me a background briefing on the 'sensitive' region when I approached them recently.

One Ethiopian organization that would have monitored the resettlement is the Human Rights Council (HRC), but its plight is symptomatic of a system that largely does not tolerate critical debate.

In late 2009, parliament passed a law that banned any charity that receives over 10 percent of its funding from abroad from promoting rights.

With around three-quarters of its funding foreign and its whole program based on human right monitoring and advocacy, the Human Rights Council was eviscerated. Last week it had another hearing in a futile legal battle to reverse a decision to freeze its bank accounts. It seems unlikely that it will be producing itemised reports detailing human rights abuses across the country for much longer.

In an interview with English journalist Peter Gill in a 2010 book, Prime Minister Meles justified the law by saying that Ethiopian civil society should develop without the influence of foreign donors. According to one leading member of Ethiopia's charity sector, the reality is that "the law was intended to stop serious engagement in advocacy work, and it's working." HRC says its embattled organization is now the only NGO monitoring human rights in Ethiopia. "Ethiopia's once vibrant human rights community is on the verge of extinction," it says.

In Gambella, the government plans for around 70 percent of the population to resettle over the three-year period of the program. Such ambition puts pressure on local officials to push through implementation. Earlier this month, there was a cull of leading regional politicians due to a lack of "efficiency," government spokesman Bereket Simon said.

Ideally, villagization would be constantly scrutinized by Ethiopian civil society to ensure that abuses do not result from this pressure. Instead, the vacuum is filled by Human Rights Watch's clandestine research and searing conclusions. An intervention that is likely to have little effect on the program other than steeling the government's resolve to ensure that it goes ahead with minimum interference from outsiders.

William Davison is a freelance journalist based in Ethiopia. 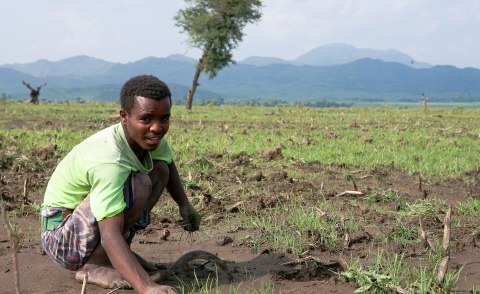 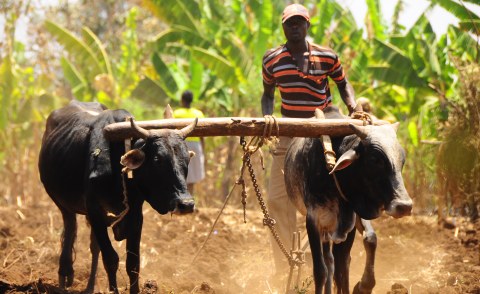 African Land Grabs in the Spotlight 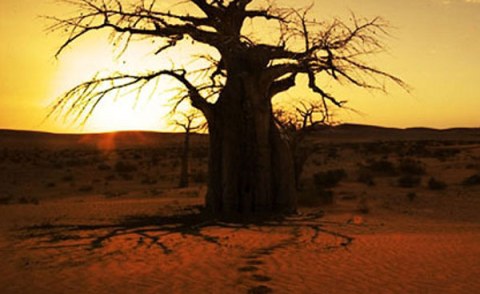 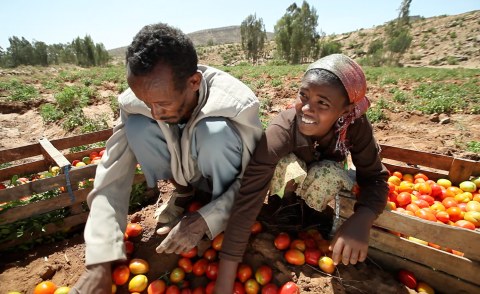 Traditional Vs Large-Scale Projects
Tagged:
Copyright © 2012 African Arguments. All rights reserved. Distributed by AllAfrica Global Media (allAfrica.com). To contact the copyright holder directly for corrections — or for permission to republish or make other authorized use of this material, click here.