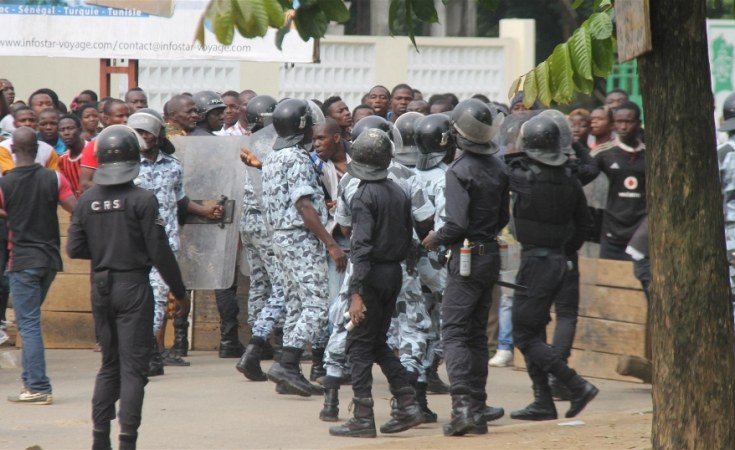 Man — Hundreds of children in Côte d'Ivoire were separated from their parents when people fled their villages during post-election violence in 2011, but nine months after the conflict formally ended only a quarter of those children have been reunified with their families, says the UN Children's Fund (UNICEF).

Most are living with strangers who offered to take in the children. "I have difficulty supporting them but God is great," said Brigitte Lahou, a subsistence farmer.

In March 2011, she took three separated children into her home outside Danané in western Côte d'Ivoire. One of the children - Doriane aged six - now has contact with her father and will be moving back home soon. However, the others - Davila, eight, and Junior, seven - have still not seen their parents since leaving home.

"[Davila] lost her family along the road and can't explain where she came from. She was crying when she arrived," Lahou said from under a tree in front of her dilapidated wooden home.

UNICEF and its partners documented 686 children who were separated or unaccompanied in Côte d'Ivoire as a result of the 2011 conflict, in which one million people were displaced. One hundred and thirty-seven have been reunified and 60 have returned on their own, their records show.

A UN Weekly Situation Report for 9-18 January, compiled by the UN Office for the Coordination of Humanitarian Affairs, also shows that by mid-January, some 1,600 unaccompanied and separated children were still living in refugee camps in Liberia's Nimba and Grand Gedeh counties. Some 128,000 refugees remain in Liberia.

The reunification of children requires people on the ground to do the tracing, to do the reunification, and others who can go to the most isolated rural zones. "We still have reports of families living in the forested area along the Liberian border. This is all posing a challenge for reunification," said Christina de Bruin, deputy head of UNICEF Côte d'Ivoire.

UNICEF and partners Save the Children, International Rescue Committee and Caritas Côte d'Ivoire also had limited access to the region for months following the capture of former President Laurent Gbagbo in April 2011.

In addition, the area where children were separated is vast and many of the villages are isolated. Finding the families of very young children poses special challenges. "There are cases where we don't have any information about the families," said Irene Capet, an emergency response coordinator with Caritas Côte d'Ivoire.

At Sainte Philomene Orphanage in the western city of Man, Capet stands over a group of children who are too young to explain where their villages are, their parents' names, or even their own.

"We don't know her real name, but we call her Juliana," said Capet, pointing to a toddler sitting alone on a plastic mat playing with a spoon, her head bandaged from a fall at the orphanage.

In April, "Juliana" was found following a group of people fleeing killings in Bloléquin, an Ivoirian town about 40km east of the Liberian border. No one in the group knew from where she had come. When she arrived at the orphanage, she showed signs of acute trauma. Capet said the girl did not talk for three months and had lost most of her hair. Efforts to locate the child's family members - by posting her photos in camps for the displaced and disseminating messages through other NGOs - have failed.

"We have no idea where her parents are," Capet said.

Best interests of the child

In some cases, organizations charged with reunification establish contact between a child and his or her parents, but contact does not result in automatic reunification.

Determining what is best for each child requires specialists. Red Cross volunteers, in close coordination with the International Committee of the Red Cross, have been very involved in reunification.

"When we manage to trace the parents, we ask them if they want us to repatriate their children; then we ask the children if they agree to return to their parents," Albert Jamah, charged with restoring family links for the ICRC in Liberia, said in a January statement. "Every family must meet the best interests of the child."

With the displaced returning to their villages and continued improvements in security, it may be easier to reunify children now. "The program will be scaled up and accelerated in coming months," says de Bruin. 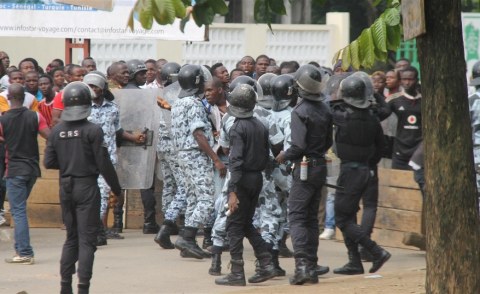 Youth Gangs in Cote d'Ivoire
Tagged:
Copyright © 2012 UN Integrated Regional Information Networks. All rights reserved. Distributed by AllAfrica Global Media (allAfrica.com). To contact the copyright holder directly for corrections — or for permission to republish or make other authorized use of this material, click here.