Africa: No Time to 'Give Up' on HIV-Fighting Gel 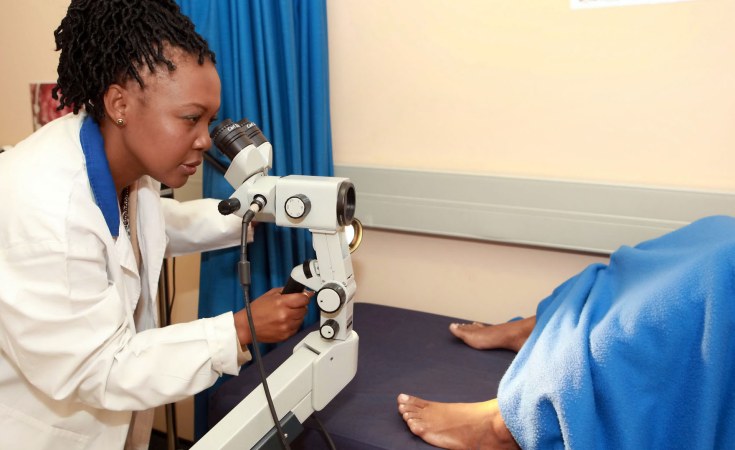 Durban, South Africa — Africans tracking the worldwide HIV epidemic have not found much to celebrate since Aids began ravaging the continent 30 years ago, but researchers are optimistic that they are learning as much from their failures as their successes.

Sub-Saharan Africa still carries the biggest burden of HIV worldwide, and while there has been a significant improvement in access to antiretroviral treatment in recent years, scientists searching for a gel or vaccine that can prevent HIV infection ride a rollercoaster of hope and disappointment.

Take the case of a husband and wife team from the University of KwaZulu-Natal in South Africa. Professors Salim Karim and Quarraisha Abdool Karim head up a research unit that has been at the forefront of clinical trials to find a safe and effective microbicide to protect women from HIV.

In July 2010, delegates at the last World Aids conference gave the couple a standing ovation when they announced the results of one of the most promising studies on HIV prevention to date. Their team at the Centre for the Aids Program of Research in South Africa (Caprisa), showed that a vaginal gel called tenofovir was able to reduce sexual transmission of the virus by 39 percent overall and 54 percent in women who used it consistently.

But the euphoria over this breakthrough has dissolved into disappointment, with the unexpected finding of a wider sub-Saharan African study that the microbicidal gel, when prescribed daily, does not prevent HIV infections. This has led to the suspension of tenofovir in the Vaginal and Oral Interventions to Control the Epidemic (Voice) trial.

Tenofovir is an antiretroviral drug that is taken successfully by many people living with Aids to suppress the virus. The hope had been that tenofovir could also be used to prevent HIV infection. Women are twice as likely as their male partners to acquire HIV during sex and account for 60 percent of adult HIV infections in sub-Saharan Africa. An effective microbicide would give women the option of applying the vaginal gel themselves before sex, without necessarily informing their partners.

"What I heard about the gel is that, as a woman, it's your little secret, so when your husband doesn't want to use a condom you can apply your gel," confided a 29-year old participant in the Caprisa study.

The halt to the Voice trial of tenofovir tablets and gel comes at a time when Caprisa is hoping for approval from the South African Medicines Control Council to launch a new study, and to fast-track both licensure and implementation of the vaginal gel.

Caprisa director Salim Abdool Karim admits to being "surprised and very disappointed" by the Voice study finding. He suspects that the difference in the ways that women used the vaginal gel in the Caprisa and the Voice studies could have been a factor in the different outcomes of the two studies.

"In the Caprisa study, most of the women participating inserted the gel two hours before and two hours after sex, whereas in the Voice study they were asked to insert it every day, regardless of whether they had sex or not," Abdool Karim told AllAfrica. "We don't know if that makes a difference, but it's one of the reasons that could explain the difference in the findings."

Dr. Chris Elias, who directed the PATH global health and development organization for more than a decade, said it's too soon to say the gels may be ineffective in the prevention of HIV.

"I wish that the studies were more consistent to date," he said, "but I don't think it's time to say we should give up. We face this scientific uncertainty in other disease areas as well, and we need to persist in the research and development until we actually fully understand this problem and the physiology around it and find a solution. I am still a big fan of finding women-controlled prevention methods - microbicides, in particular.

Abdool Karim is pleased that another trial is underway: the Facts study (Follow-on African Consortium for Tenofovir Studies), funded by the South African government, USAID and the Bill & Melinda Gates Foundation.

"It's using the tenofovir gel as we did - with sex," Abdool Karim said, adding that he is looking to the gynecologist on the Caprisa team, Dr. Sengeziwe Sibeko, for insights into how women actually used the microbicide. "We can observe all we want, but we need to ask the women what actually happened," said Sibeko, who emphasized her clinical experience with women and the need to design microbicides that people can use regularly and correctly.

Since her first language, Zulu, is the same as that of most participants, Sibeko was heavily involved in the dissemination of the results of Caprisa's first study. She often had to respond to concerns about the gel's effective HIV prevention rate of 39 percent, according to this trial, which meant that women were advised to use condoms in addition to the gel.

"I have heard about this gel, but I'm not interested because the risk reduction percentage is too low to trust," was the view of Gugulethu Malinga, a junior business analyst who spoke to AllAfrica. "And it poses a risk for people who do not really understand what is meant by that 39 percent - they stand a chance of trusting it completely, which would be wrong."

Sibeko, who has been awarded an Oxford medical fellowship to conduct further research on the female genital tract for her PhD, says she is used to such arguments.

"I try to help people understand that we don't have one magic bullet to prevent HIV transmission, but that we have many strategies - not one is 100 percent effective but all of them are complimentary," she said. "I used the analogy with nevirapine, the first drug that was used widely to prevent mother-to-child transmission of HIV, which we advised mothers to use when we knew it was 'only' 40 percent effective because it was better than nothing - and fewer babies were born with HIV."

Thembelani Emma Moyo and Emmanuel Pheta contributed to this story.

Previous Story
Next Story
Back to the Lab

Back to the Lab