Malawi: Police Crack Down After Call for Mutharika to Quit 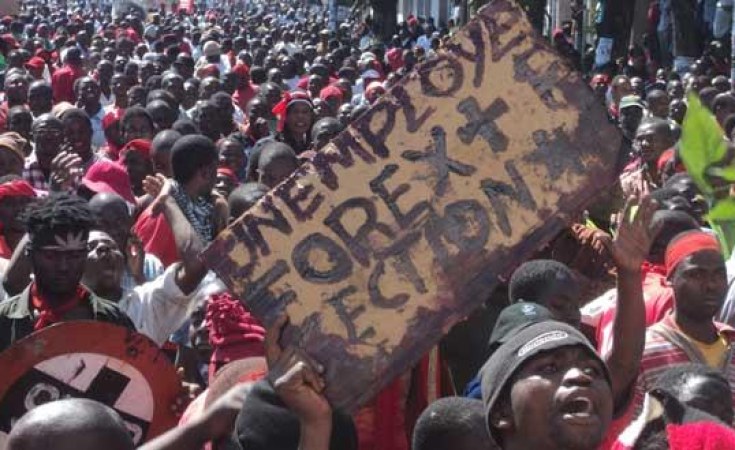 Mathews Malata/RNW
Thousands of Malawians took to the streets to protest against the government (file photo).
allAfrica.com

Cape Town — Police in Malawi tear-gassed and assaulted opposition supporters and arrested the country's top human rights official in a weekend of rising tension over a call by civil society leaders for President Bingu wa Mutharika to step down.

The Nyasa Times reported that residents in one area of the capital, Lilongwe, stoned police and set alight a police station on Sunday after security forces had stopped people from attending an opposition meeting.

Also in Lilongwe, police arrested John Kapito, chairman of the state-funded Malawi Human Rights Commission and executive director of the Consumers' Association of Malawi. They later charged him with holding foreign currency without having "valid bank documents", and released him, Agence France-Press reports.

The developments follow a call by Malawi's respected Public Affairs Committee (PAC) for Mutharika to resign or call a referendum within 90 days.

The Daily Times reported that after a two-day meeting in the commercial capital, Blantyre, last week, the PAC passed a resolution saying Mutharika should resign or "call for a national referendum to seek fresh mandate from the people of Malawi".

The resolution added: "We believe the sustained trust given to him by citizens of this country has been eroded," and added: "In the event that these demands are not met, we will call on all Malawians of all walks to go for civil disobedience."

It said conditions had drastically deteriorated from "a country on the move from 2004 to 2009, and is bordering on a failed state from 2012 as seen in the passing of unpopular bills in Parliament, shrinking of dialogue, peace and threats to alternative voices".

The 20-year-old PAC is dominated by the leaders of Malawi's main churches, which have considerable standing and influence in the country.

The Maravi Post quoted the information minister, Patricia Kaliati, as attacking the PAC, saying that the government would not "stay idle while people drag this country into chaos and anarchy...

"We have an elected government in this country, inciting people to rise against government is against principles of democracy," she said.

But Bishop James Tengatenga, who chaired last week's meeting, told the Malawi Voice that opponents of the PAC "were saying we were going to remove government and government has not been removed. That was never the intention".

The crackdown in Lilongwe on Sunday came as opposition presidential aspirant Atupele Muluzi, the son of former Malawian president Bakili Muluzi, tried to address a series of meetings.

Police erected roadblocks and fired teargas in a bid to stop him. The Nyasa Times quoted a police spokesperson as saying Muluzi "did not obtain permission" to hold meetings.

However, he succeeded in addressing some of the planned meetings, where he accused the police of "cowardly intimiation" and added: "We won't be scared or cowed into submission by these terror tactics."

Muluzi, a 33-year-old parliamentarian for the opposition United Democratic Front, is reported by the Malawian media to be making a bid to become the party's presidential candidate in elections scheduled for 2014. 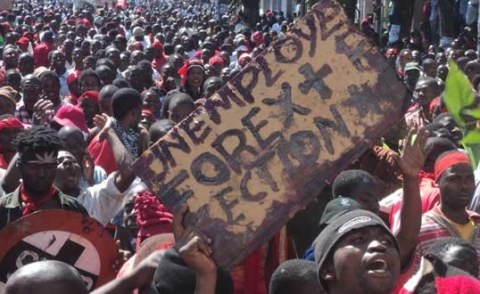 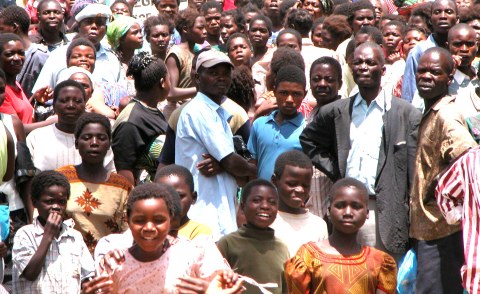 Banda Aims to Mend Donor Relations
Tagged:
Copyright © 2012 allAfrica.com. All rights reserved. Distributed by AllAfrica Global Media (allAfrica.com). To contact the copyright holder directly for corrections — or for permission to republish or make other authorized use of this material, click here.