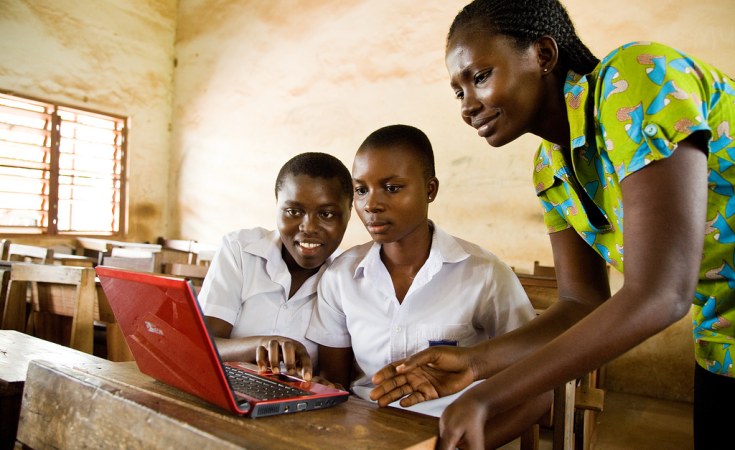 Ericsson
Connect To Learn is a similar collaboration that leverages the power of ICT to bring quality education to students everywhere.
This is Africa
By Eleanor Whitehead

Realising the potential of ICTs to transform the continent, governments are using technology to roll out public services. Africa's tech hub, Kenya, is a pioneer.

A decade ago, there were little more than 50m mobile phones being used in Africa. Today, you can add a zero to that figure and then some, making the continent the world's fastest-growing region for mobile penetration, with more subscribers than the US or the European Union.

In certain countries, more citizens now have access to mobile phones than to clean water, a bank account, or electricity, and for these individuals, the cell phone means a lot more than ease of contact. Africa's technology revolution means access to data and to financial services. For governments, it means a new way to overcome bottlenecks, roll out services and achieve development targets.

"Back in 2000 the whole continent had less connectivity than Luxembourg - Africa with almost 1bn people, and Luxembourg with less than 1m - but that's changed significantly," explains Tim Kelly, lead ICT policy specialist at the World Bank. That is due to new undersea fibre optic cables, such as The East African Marine System, as well as better inland connectivity, he says. "Putting that connectivity together with much wider access to ICTs, particularly mobile phones, you've got the makings of a success story."

Used as an outlet for political frustration, mobile phones, internet and social networking can help topple governments - for proof, look to the Arab Spring. They have the power to make administrations more democratic, transparent and accountable. They offer citizens real-time political participation and the chance to expose corruption. Yet the real potential of these technologies is not in sweeping democratic reforms, but in "the less glamorous side of democracy", Mr Kelly argues: issues such as "fixing your water pump".

Aware of all this, many municipalities are taking advantage of the rise of ICTs to improve the lives of their citizens and overhaul the way in which populations and businesses can interact with public sector representatives.

In Kenya, a trailblazer in the sector, the government's development blueprint - the Kenya Vision 2030 - draws heavily on science, technology and innovation as foundations for growth.

"There has been a lot of progress in building the infrastructure, developing local content and local applications. Kenya's IT infrastructure is actually better than most developed countries, and the diffusion of IT in Kenya has been very high," says an enthusiastic Bitange Ndemo, permanent secretary at Kenya's Ministry of Information and Communications, citing the now universally-touted example of Vodacom's mobile money platform M-Pesa.

It is now time for the public sector to play catch-up, he says: "We have been able to develop applications that have put Kenya on the world map in terms of software development... Now, we want to get to a point where we can use the mobile platform for the interface between the citizens and government - so they can deal with the government without necessarily having to travel to government sites."

This requires further progress in basic ICT infrastructure, though, and the fast transfer of government data to online platforms. Under the country's Open Data Initiative - launched last year - the government has been working with World Bank support to upload almost all existing government registries. Data on everything from national censuses and exam results, to government expenditure and public service locations - and everything in between - is being digitised.

"We've made a lot of progress in areas like the judiciary and land registry, and we are now digitising health records - starting with Kenyatta National Hospital and moving onto the district level," Mr Ndemo explains.

Those records mean big savings in terms of efficiency, but have broader implications: "To be able to provide records over periods of years - this is what we never used to have in Africa, but we are changing that," he says. Records will provide crucial insights into health trends and support local research.

From next year, the government will roll out its focus to e-procurement services, which could save it an annual $1bn. Add that to the estimated $2bn in potential savings by putting judicial records online, and an additional $5bn from efficiency gains within agriculture, he says, and the gains become clear.

"We thought about using technology to focus on business process outsourcing for countries like Britain and the US - like India did," Mr Ndemo says. "But India looked more to the outside world and has not utilised IT to improve livelihoods. There is nowhere we could get up to $10bn from and be able to bring that back to the economy. Better for us to use IT to look at our internal inefficiencies, and net the savings to improve the livelihoods of your citizens."

When it comes to evolving strategies for e-government, Kenya is by no means alone. Countries from Mauritius to Sierra Leone and Uganda have had success in implementing so-called integrated financial management information systems which let governments manage their budgets and report revenues. In 2010, the continent's economic powerhouse, South Africa, declared the ICT sector a top priority. While progress in the field has been uneven, donors hold up the country's electronic tax filing systems - managed by South African Revenue Services - as a world class model.

For governments, providing these services means better collaboration, both between ministries and with the private sector. "Smart City" initiatives are being rolled out in cities such as Cape Town, and here too Kenya's government has embarked on a project - this time in partnership with IBM, which is hoping to provide solutions for energy, security and, above all, traffic issues in Nairobi.

The group hopes to use cell phones, for instance, to pinpoint traffic build ups in the notoriously congested capital city. By collecting this data, "you can start to predict and make analyses of alternative routes, and provide that information either to the city planners, or to the traffic police, or to emergency vehicles," explains Anthony Mwai, country general manager, IBM East Africa.

Across the continent, governments are working with businesses to roll out services that can help overcome constraints such as low agricultural productivity, and the dearth of doctors and educated teachers. "What we need now is to deepen the services we provide and innovate in other areas: health, agriculture, e-learning - we want to leverage on IT across every sector," Mr Ndemo says.

In Kenya, where there are only around 1.5 health workers per 1000 of a 40 million population, many rural clinics do not have internet access or even electricity - creating problems for the delivery of test results to patients. Here, the traditional approach involved taking blood samples at rural clinics, which were sent on to five national health laboratories, with the results posted back.

"It could take days, weeks, months, sometimes they didn't even show up," says Paul Ellingstad, director for global health at Hewlett Packard. "That created all sorts of problems. If you don't have the results, the mother and father lose faith in the system, they don't bring the child back. The child, because they are not diagnosed, isn't started on antiretroviral treatment, and there is a 50 percent chance they will die by their second birthday."

Hewlett Packard recently partnered with the Clinton Health Access Initiative and Kenya's Ministry of Health to develop SMS-enabled printers. "Instead of having to go through the post, you are texting back and printing out results at the rural health centre. So you have predictability, as well as compressing down into a matter of hours, or at most a day, the time taken to get results from the national lab to virtually any clinic around the country," Mr Ellingstad explains.

Mobile incubation hubs are popping up across Africa, bringing together mobile tech entrepreneurs and innovators. Of two supported by the World Bank, one is in South Africa, the other Kenya. Out of Nairobi's not yet year old m:lab have sprung groups such as Shimba Technologies - a startup which recently released MEDAfrica, a smartphone app which wants to bypass the country's shortfall of doctors by providing symptom checkers and medical advice. When users have identified their ailments, the app can then point them to certified specialists -thereby avoiding fraudsters.

And true to ambitions, similar developments are springing up across sectors. Agriculture is an area of focus: "Previously we never measured productivity, over-utilisation of the land or productivity drops," Mr Ndemo says. That is being changed by applications such as M-Farm, a service the World Bank's Mr Kelly describes as "a kind of Groupon for farmers", which allows Kenyan farmers to receive information about market prices, and aggregate to purchase inputs at wholesale value, and find buyers - all via text message. The setup bypasses productivity curbs, such as costly inputs or the middlemen who offer farmers below-market prices for their produce. It is also a monitor for productivity levels.

Across borders, the meeting point between these technologies could spell the onset of new and sustained development across the continent. Problems remain, not least resistance to change amongst less educated citizens - an issue which Mr Ndemo counts as Kenya's "biggest dilemma". But mobile technologies and growing connectivity mean a unique opportunity to leapfrog growth constraints. For Africa, the mobile is both a product and a driver of a stronger, wealthier, more engaged society. 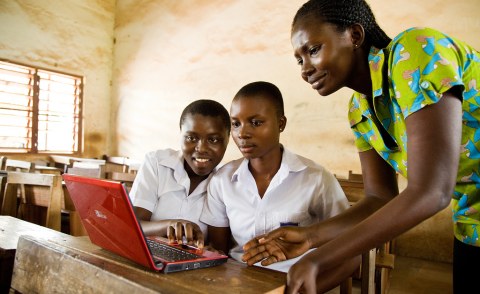 Initiative Hopes to Ensure Internet for All 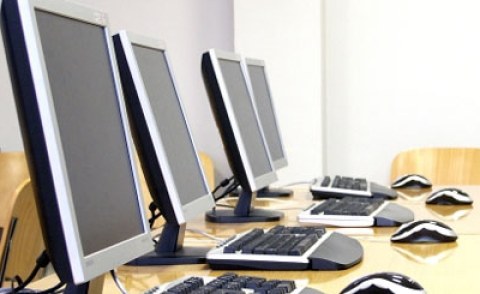 Kenya, IBM Join Forces to Set Up IT Research Lab 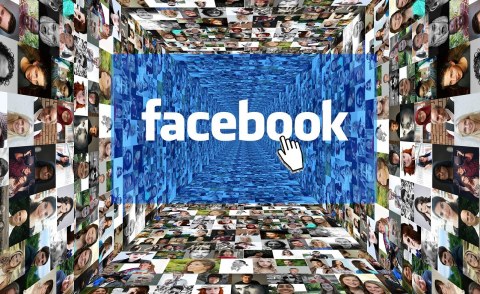 Facebook Satellite Initiative Aims to Get More Africans Online
Tagged:
Copyright © 2012 This is Africa. All rights reserved. Distributed by AllAfrica Global Media (allAfrica.com). To contact the copyright holder directly for corrections — or for permission to republish or make other authorized use of this material, click here.