East Africa: Who Will Benefit From Oil and Gas? 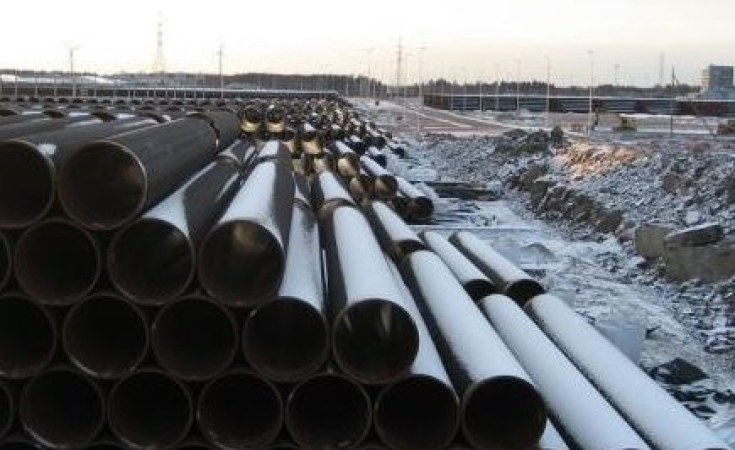 Mikindani — In the small village of Mikindani on the south-eastern coast of Tanzania, World Bank-funded roads sit alongside shattered coral from dynamite fishing and poor sewerage facilities.

John, 15, points to the four ships in the distance. "They're all here because of the oil and gas", he says. "Sometimes the wazungu [foreign staff] come in on helicopters. They're not allowed to meet us; there's a ten-mile exclusion zone around their compounds in case they get kidnapped."

Like millions of teenagers mired in poverty across East Africa, John harbours dreams of change; to escape from the under-developed, politically-marginalised area he calls home, and for a better life for himself and his family.

Others offering commentary are suspicious and resentful. An elder of the village tells Think Africa Press, "Unemployment is a massive problem, only 8-10% of us work, and we are desperate...our problem is the government is over 650 km away in Dar es Salaam - they have abandoned us, they have no interest. We are the forgotten child."

He continues: "When the jobs come with the gas, then they give the jobs to outsiders, either from other areas of the mainland, or to Zambians, to Kenyans. Not to us. The gas here they will export to other areas, and here we will still be left without the basics." For many of the inhabitants of Mikindani, word of oil and gas brings little but concern about corruption.

A blessing for whom?

After fifty years of exploration, many big players in the natural resource industry are now committed to East Africa. Drilling in the region, involving some 18 companies, is taking place in nearly 30 offshore coastal areas in southern Kenya, southern Tanzania, and northern Mozambique. With only 500 oil wells drilled so far (compared to West and North Africa's 35,000), the estimated volume of the gas reserves remaining is around 100 trillion cubic feet.

As Rob Ahearne, lecturer in International Development studies at East London University, explained to Think Africa Press, there are some obvious benefits to drilling. Every extraction company working in Tanzania must donate $100,000 a year as a basic registration fee to central government, for example, and as a result of lessons learned from gold mining, the Tanzanian government is apparently asking for 60% of all gas revenues.

All international companies must also comply with corporate social responsibility standards, which exceed domestic standards in Tanzania. Petrobras, for example, trained 100 welders in the Mtwara region, and built a port there, as well as in Tanga and Lamu in Kenya, and Pemba in Mozambique.

The pipelines could also offer employment opportunities for local people, and Petrobas Managing Director Samuel Bastos de Miranda insists that Tanzania's economic and social sectors will be greatly transformed: "We will give employment opportunity to Tanzanians. To date, Petrobras has employed about 40 Tanzanians in fields of law, accounting, engineering, procurement and human resources."

With these new opportunities, however, also come dangers. While press releases have detailed contracts in depth, key questions over how residents and the environment will be affected by drilling, or how disempowered communities might benefit from major finds, are not being asked as readily. These issues need to be discussed and addressed, especially given that existing taxation and fiscal distribution systems in Tanzania, and information about government spending priorities, are murky at best.

Furthermore, with new opportunities for wealth, corruption is a concern. Rent-seeking behaviour and short-term thinking is endemic in Tanzania, and a recent anti-corruption report criticising the Tanzanian government's lethargy in tackling corruption and its lack of transparency does not bode well. Drilling could exacerbate these problems, and without effective monitoring as well as open debate in the public sphere, the potential for corruption is large.

There are also legitimate concerns over the lack of clarity surrounding explorations. Regulatory environmental and social frameworks, when they exist, are not always implemented, and rarely disseminated in regional media.

One consultant told Think Africa Press, "What we saw in Selous in Tanzania, the Albertine Rift and Murchison Falls National Park in Uganda, and Virunga National Park in Rwanda, is that none of the environmental assessments or management plans have been adhered to or implemented. They sit on shelves, unread. We need to dis-incentivise corruption, arrest people, sort out our judicial system, and make it unviable to undertake short-term corrupt behaviour."

Local activist Carolyn Wahlenburg explains, "There's no public information in the press. We want jobs, we want development, but we want more information, more joining up of the issues... it's not clear who's going to benefit at all."

Much of the coastal offshore drilling in Tanzania, Kenya and Mozambique is occurring in areas suffering from poor soil, low water tables and geographical isolation, and in regions in which many residents struggle to find employment. Whether discoveries of valuable natural resources will help or hinder these communities remains to be seen.

Indeed, as a consultant for USAID and the UN Development Programme explained, there are no baseline studies of the communities along the Tanzanian and Kenyan coasts, and if there has been any community consultation, it has gone undocumented.

The message, even from educated young Tanzanians, who may stand to benefit from high salaries and good jobs, is therefore understandably sceptical with regards to the benefits for local communities. One man, co-ordinating logistics for the oil companies in Dar es Salaam, told Think Africa Press, "Sure, personally, I benefit. It's wonderful, but I do wonder if the companies have really thought about the implications of exacerbating the inequalities, which are massive here. We're assuming the wealth will trickle down. It hasn't so far. Theft and carjacking are on the menu now in Dar; people are genuinely really angry at the wealth gap."

The onus is on the East African governments to spend oil and gas revenues equitably, and place governance priorities at the fore. In East Africa, only companies registered with the United States Securities and Exchange Commission are required to submit financial reports. And, even if the legislature were to change, Tanzanian local ministers and judges could try to block the disclosure of documents as has happened in Uganda.

Rakesh Rajani, Executive Director of Twaweza, a grassroots citizen-centered initiative, commented: "Tanzania could do with some radical transparency. The window to set up a decent resource management regime is short and closing fast, probably no more than 18-24 months."

Without increased transparency and concern both for the environment and those communities most affected by oil and gas exploration, the coastal communities and perhaps ordinary East Africans may rue the day the precious resource was discovered. That is now the challenge for governments, companies, civil society groups and activists.

Thembi Mutch is a freelance journalist, who has been published by the Ecologist, Financial Times and Daily Telegraph among others. She has worked extensively with the BBC. She holds the Prince Rainier Award for Environmental journalism 2007. She is currently finishing a PHD on gossip and media and political participation in Zanzibar. Her areas of interest include human rights, mining, and human trafficking. 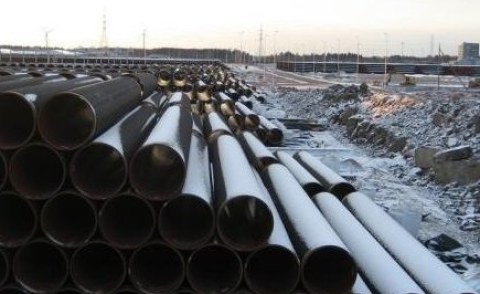 Tanzania's Natural Gas Plans Grow
Tagged:
Copyright © 2012 ThinkAfricaPress. All rights reserved. Distributed by AllAfrica Global Media (allAfrica.com). To contact the copyright holder directly for corrections — or for permission to republish or make other authorized use of this material, click here.