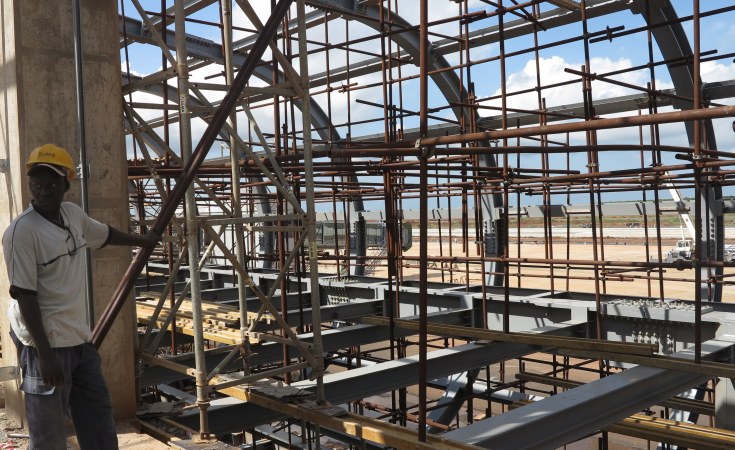 B Dabo/AllAfrica
Building infrastructure in Senegal: could the nation become one of the continent's powerhouses? Already in the top 10 best-governed countries, it is also one of those which has seen the most improvement since 2011.
allAfrica.com

Cape Town — Although the average African country is being governed better than it was a decade ago, the quality of governance in the four leading nations of Egypt, Kenya, Nigeria and South Africa is slipping.

This is shown in the latest results of the Ibrahim Index of African Governance, published in London on Monday.

The survey which produced the index shows that, measured on a scale of one to 100, the quality of governance across the continent has improved steadily, apart from a slight drop in 2008, rising from a score of 47 in 2000 to 51.2 in 2011.

South Africa has retained its place as one of the five best-governed nations on the continent, and is better governed now than it was in 2000, but its score has dropped to 70.7 from a high of 71.8 in 2006.

Egypt is also better governed now than in 2000, but its score has fallen from a high of 61.4 in 2009 to 57.7. In the final years of the Mubarak regime, it was among Africa's 10 best-governed countries, but has now fallen back to 14th place.

Nigeria has dropped for the first time into the 10 worst-governed nations on the continent - although the results are skewed this year by the omission of Sudan and South Sudan; the formerly united country of Sudan has regularly fallen into the bottom 10.

This year's Ibrahim Index is the fifth to be published by Mo Ibrahim Foundation, which was set up by the Sudanese-born telecommunications pioneer of the same name.

In a news release issued with the index, the foundation noted that the performance of Egypt, Kenya, Nigeria and South Africa had all declined in survey categories including safety and the rule of law and participation and human rights.

It quoted Abdoulie Janneh, former executive secretary of the UN Economic Commission for Africa, as expressing concern at the results for the four nations. "Each of these countries plays a key role in the economic and political landscape of the continent," he said. "To continue to optimally play this role requires a sustained commitment to balanced and equitable governance."

Of note, however, is that three of the four countries improved their scores in the category of "human development" - marginally in South Africa and significantly in Kenya and Nigeria.

The index confirms past results of the best- and worst-governed countries on the continent. As before, the top five are Mauritius, Cape Verde, Botswana, Seychelles and South Africa. Entering the top 10 this year is Tanzania.

This year's bottom five are, from the worst-governed country up, Somalia, the Democratic Republic of Congo, Chad, Eritrea and the Central African Republic.

Liberia scores 46.6 compared to 34.6 in 2006, underlining an upward trend since the accession to power of President Ellen Johnson Sirleaf.

Sierra Leone's return to democratic rule is also reflected in an improvement from 39.2 to 48.1 since 2006.

Angola's score has risen to 44.1 from 34.8 in 2006. The index shows a remarkable rise from 30.2 to 42 in the category, "participation and human rights," flying in the face of criticism of government nepotism and its human rights record.

The foundation describes the index as "the most comprehensive collection of quantitative data that provides an annual assessment of governance performance in African countries." It says the index is based on 88 indicators, grouped into 14 sub-categories and four overarching categories, "to measure the effective delivery of public goods and services to African citizens".

Africa Is Rising But Slowly and Unevenly 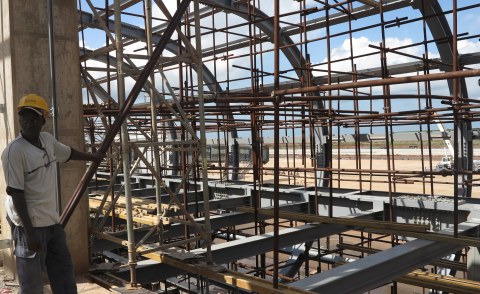 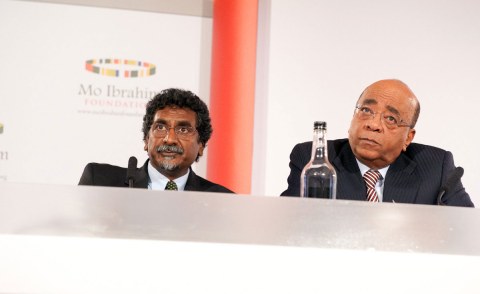 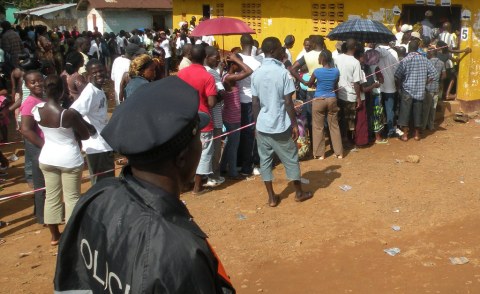 Liberia 11th in West - Mo Ibrahim
Tagged:
Copyright © 2012 allAfrica.com. All rights reserved. Distributed by AllAfrica Global Media (allAfrica.com). To contact the copyright holder directly for corrections — or for permission to republish or make other authorized use of this material, click here.