Kenya: Water-Stressed Kenyans Learn to Share to Keep the Peace 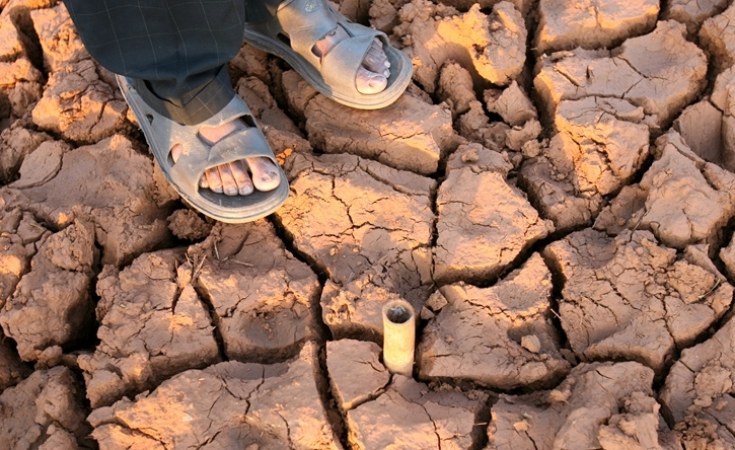 Olo Longonot — By the time the violence had died down, more than 80 people lay dead and hundreds were left homeless.

Yet there was scarcely enough water - the resource the Maasai and Kikuyu tribes were fighting over - to wash away the blood that had stained this part of Kenya's Rift Valley.

"The rivers were drying up," shrugs Salau Ole Kilusu, a lanky and sunbeaten Maasai elder, recalling the conflict that erupted in 2005. "The Maasai needed the water for their livestock. The Kikuyus said they needed it for their farms. None was willing to cede way."

More than seven years later, it is still easy to see why water is such a contested asset here at Kijabe escarpment, a scorched lowland terrain that sprouts with cactus and acacia vegetation.

Giant whirlwinds collect on the dusty patches without warning, filling the daylight with swirling reddish-beige clouds.

Water is in short supply in this arid part of Kenya. The country's Water Resources Management Authority categorises Kenya as a water stressed nation, and the World Bank put its annual renewable fresh water supply in 2011 at 497 cubic meters per capita - less than Somalia and about the same as Oman, on the Arabian Peninsula.

But innovative water sharing efforts could help ease tensions between Kenya's ethnic groups, laying the groundwater for cooperation rather than competition, their backers say.

The Kenya Meteorological Department links the country's growing scarcity of water to erratic weather and climate change, noting that the arid and semi-arid parts of the country have recorded a slight rise in temperature.

"The wishful eyes of hungry children and the lengthening footsteps of tired women carrying water fetched from distant places from their homesteads tell the effects of climate change," says Mithika Mwenda, coordinator of the Pan African Climate Justice Alliance, a lobby group pushing for restitution for communities affected by climate change in Africa.

In the hardest hit areas, such as the Kijabe escarpment, women now comb the dry riverbeds for water while their donkeys bray hopefully. Seldom is any to be found.

"It is expensive for me to buy water," says Joyce Kerongo, from the village of Satellite, named for a weather outpost that has been established there. "So I have to wake up very early in the morning to join other women in the long search for water. Sometimes I come back home with none."

The mother of five says a 20-litre drum of water can cost as much as 100 Kenyan shillings (about $1.15, enough to buy a kilogramme of maize flour) at one of the nearby shopping centres.

Even so, the price is sometimes put higher if the water vendor is not a Maasai like herself.

"Such is the tension that has fuelled the communities' intolerance against each other," says Rift Valley provincial police officer John Mbijiwe. "It becomes worse when a general election is imminent."

But it is longstanding disputes over sharing of community resources that ignite violence as much as electoral politics, according to intelligence sources, and climate-induced water shortages now exacerbate these tensions.

In the Rift Valley, ethnic Kikuyus practice agriculture and trade for a livelihood while the nomadic Maasai are pastoralists. For generations, both of these communities depended on the region's streams and rivers as a source of water, according to elders.

But climate change, they say, has affected the natural weather cycle, leaving a growing number of riverbeds and seasonal rivers dry.

The Maasai claim that huge tracts of land that had been their traditional grazing and watering resources were gifted to the Kikuyus by Kenya's first post-independence government. The Kikuyus, in turn, insist that they purchased the land legitimately through land buying companies.

Regardless of how the land was turned to agriculture, the farms have taken a share of the region's limited water resources.

"The Kikuyus began diverting streams and rivers to irrigate their farms," charges Ole Kilusu, a Maasai elder. "Frequent droughts claimed the rest of the little resources that had been spared."

And so resentment was sown, with Kikuyus counter-claiming that the Maasai have failed to show respect for Kikuyu-owned farms, including allowing their animals to invade fields.

"Tensions are likely to occur if communities fail to agree on how to share resources that spill across counties," said David Kimaiyo, the new inspector general of police, during a press conference on the recent flare-ups of violent in the Tana Delta.

The issue is being watched closely ahead of March 2013 polls, as Kenya prepares to usher in a new administrative system that devolves power to county governments.

But though rain clouds are scarce, there is a silver lining. Some communities have decided to give peace a fresh lease of life through the formation of resource sharing groups.

After signing a peace covenant, one group, the TD Jakes Water Project at Maai Mahiu, has sunk a borehole 13 kilometers from the town and built a $350,000 pipeline that brings water.

The Kikuyus are among the many guiding donkey carts piled with water barrels to and from the storage tanks towering above Olo Longonot's higher grounds.

The Maasai, meanwhile, shepherd their flocks of cattle, goats and sheep along the concrete water troughs placed a few yards from the storage tanks.

"This is where the two communities border each other," explains Josphat Oipoe, the secretary of the water project. "The land has long been a source of conflict, but this water project is reconciling us."

Kagondu Njagi is an environmental writer based in Nairobi.

Next Story
Tagged:
Copyright © 2013 AlertNet. All rights reserved. Distributed by AllAfrica Global Media (allAfrica.com). To contact the copyright holder directly for corrections — or for permission to republish or make other authorized use of this material, click here.