Kenya: Could a Different Electoral System Encourage Cooperation Rather Than Clashes? 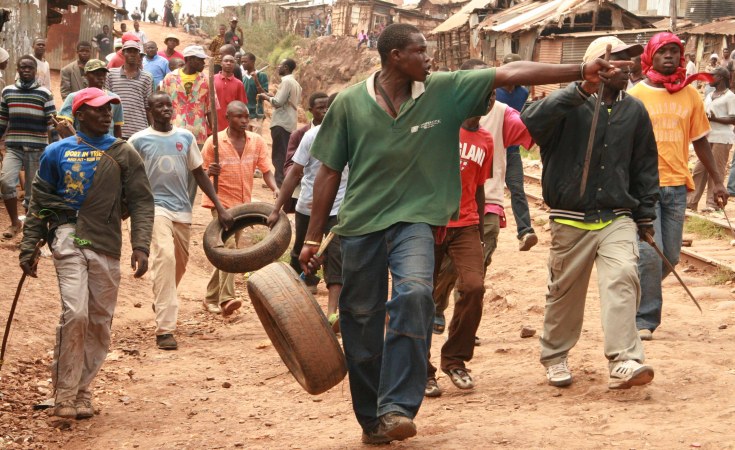 Nairobi - In 1992, after nearly three decades of single-party rule in Kenya, characterised by KANU (Kenya African National Union) hegemony and the brutal suppression of any voices of dissent, former president Daniel arap Moi turned an important page in Kenya's political history. In response to mounting domestic and international pressure, he agreed to hold multi-party elections. At the same time, however, he warned that the advent of multi-party politics in Kenya would unleash inter-ethnic violence around the country, making elections a dangerous affair.

Thanks to his own ethnic chauvinism and incitement of his Kalenjin co-ethnics, the first multi-party polls in Kenya were indeed tainted by violence. 'Kalenjin warriors', armed and trained by high-ranking government officials, attacked members of the Kikuyu, Luo and Luhya ethnic groups in the country's Rift Valley, Nyanza and Western provinces. In an effort to drive them away and consolidate ethnic voting blocs in favour of Moi, these fighters killed members of groups associated with the political opposition and looted and burned their property. Human Rights Watch reported that Kalenjin Assistant Minister Kipkalia Kones declared Kericho district to be a "KANU zone", warning that any opposition supporters there would "live to regret it".

Sadly, that landmark election marked the beginning rather than the end of poll-related atrocities in Kenya. The 1997 and 2007 elections saw the continuation of this pattern of inter-ethnic fighting, although the aftermath of the latter poll was more severe than anything Kenya had previously experienced. Notably, 2002 was a relatively peaceful election, due in large part to the various opposition parties' willingness to band together and support one presidential candidate.

A history of ethnic violence and marginalisation

This violence is embedded in the Kenyan political context, which is characterised by preferential patronage politics. Beginning with founding president Jomo Kenyatta and continuing through to today, Kenyan heads of state have consistently shown a preference for their own co-ethnics with regard to the distribution of state resources and various forms of patronage. As a result, other communities are often left out in the cold, and their regions lack the development and infrastructure bestowed upon districts favoured by the politically powerful. In this system, the stakes are especially high because voters understand that they and their districts will largely be ignored unless one of 'their own' gets a seat at the political table. It is hardly surprising, then, that voters tend to vote along ethnic lines and that electoral contests often become violent.

What can be done to mitigate such election-related violence? Electoral reform is a seemingly obvious choice, for the right type of electoral engineering can encourage inter-ethnic cooperation at the elite level as well as give voice to marginalised and resentful groups. In fact, political scientist Johanna Birnir shows that ethnic groups compete peacefully in elections when they perceive opportunities to win seats in relevant decision-making institutions. Such electoral system reform was discussed in Kenya during the constitutional review and drafting process, but to no avail.

This is surprising given the lengths to which reformers went to make the new constitution as inclusive as possible. The 2010 constitution has been deemed one of the most progressive in the world, guaranteeing fundamental rights such as the freedom of expression, freedom of conscience and belief, the right to equal opportunities for men and women, and freedom of the media. The constitution also places significant emphasis on inclusiveness, guaranteeing parliamentary seats to historically marginalised groups. Moreover, it explicitly prohibits discrimination on the grounds of race, sex, pregnancy, marital status, health status, ethnic or social origin, colour, age, disability, religion, conscience, belief, culture, dress, language or birth.

But political marginalisation, or at least the perception of it, remains a significant problem in Kenya. Many perpetrators of the post-election violence in 2008 claimed that Kikuyus had stolen the election, because they did not want to allow other ethnic groups to gain access to political power. Survey data also show that certain Kenyan ethnic groups feel severe discrimination by the state. For example, 66% of Luos surveyed in 2007 by Afrobarometer believed that they were treated worse than other ethnic groups by the government. By contrast, 6% of Kikuyus, co-ethnics of the incumbent president at the time, felt similarly.

A look at Kenyan electoral history does indeed reveal a pattern in which winning candidates/parties can minimally claim broad support. In 1992 and 1997, incumbent President Moi was re-elected with only 36.4% and 40% of the popular vote, respectively. In 2007, President Kibaki held onto office with 46.4% of the vote. In addition to winning more than 50% of the popular vote, the successful presidential candidate must now, according to the constitution, win at least 25% of the vote in more than half of the country's 47 counties.

The two-round system utilised now is, at its root, a majoritarian one. But it has been known to provoke fighting in countries struggling with societal divisions, largely because it provides an 'exit option' after the first round. If the results of the first round indicate that a party might perform worse than initially expected, the party has an interest in alleging fraud. In the 1993 elections in the Republic of Congo, the opposition boycotted the second round when it became clear that it had little chance of winning, and war resumed thereafter. In the 1992 elections in Angola, Jonas Savimbi alleged electoral fraud, withdrew from the run-off and took up arms when he realised his party would be likely to suffer electoral defeat.

The situation is similarly problematic for Kenyan parliamentary elections. Except for special seats allocated according to proportional representation, Kenya uses the majoritarian system known as first-past-the-post (FPTP) to elect its legislators. In this system, voters in single-member constituencies cast their choice, and the winner is the candidate with the most votes. Kenya has already experienced the negative consequences of FPTP, namely a tendency to produce highly disproportionate legislative seat allocations. In 1992, KANU legislators secured 24.5% of the popular vote but won 53.2% of parliamentary seats. In 1997, KANU won 38.4% of the vote but occupied 50.9% of the legislature.

Which way for change?

There is a dizzying array of choices in the world of electoral systems, but Kenya's ethnically-divided political environment would seem to benefit the most from one which is broadly inclusive. The single transferable vote system (STV) is one such option for presidential polls. STV allows voters to rank-order their choice of candidates. If no candidate secures an absolute majority, all but the top two contenders are eliminated. Then voters' second and third preferences are distributed to these candidates until one secures a majority of votes. In this way, STV achieves in one election what a TRS achieves in two, saving time, expense and eliminating the dangerous inter-election period.

In Kenya, where no one ethnic group constitutes a majority, presidential candidates contesting under STV would have significant incentives to appeal across ethnic divides. It may be argued that any presidential candidate cannot win without appealing across ethnic lines. Yet STV promotes cooperation at the elite level, because it encourages candidates from different communities to campaign together, encouraging voters to cast reciprocal preferences for one another. Such coalition could make important headway in eliminating the 'ethnic zoning' currently occurring in Kenyan campaigns.

Kenyan parliamentary elections could also benefit from the introduction of a proportional representation system (PR). Under this system, parties win a number of seats proportionate to the percentage of votes won. The Kenyan parliament would likely see the inclusion of new parties representing smaller ethnic groups. The result might be multi-ethnic coalitions, which could encourage inter-ethnic cooperation and more equitable distribution of state resources. This might be a welcome change for groups that today feel wholly ignored. Unfortunately, however, PR can also give smaller, somewhat extremist ethnic parties a disproportionate amount of power when they are used by larger parties to complete their coalitions.

Another possibility is the alternative vote (AV) system, which is technically a majoritarian system but nonetheless has proven more inclusive than FPTP. Under AV, voters rank-order their choice, much like in STV elections. Candidates who win an absolute majority are immediately elected. But if none gets over 50%, candidates with the lowest number of first preferences are eliminated and those ballots are examined for voters' second preferences which are transferred to the remaining candidates. This process is repeated until one candidate has an absolute majority.

AV enables the votes of several candidates to accumulate, so that diverse but related interests can be combined to win representation. Supporters of candidates who have little chance of winning may influence, via their second and later preferences, the election of a major candidate. For this reason, it is sometimes argued that AV is best for promoting centrist politics, because it encourages candidates to reach beyond their traditional support bases to win the second preferences of others. To attract these preferences, candidates must make broad-based appeals rather than focusing on narrower issues. In Kenya, such a system might encourage parliamentary candidates from mixed constituencies to create policy platforms that are appealing to a broader range of voters, which would make more constituents feel included.

This list is not exhaustive. Some scholars have also argued for a mixed system which uses FPTP and PR in Kenya. The best system for the country is open to debate, but the need for a more inclusive, proportionate system is beyond question.

Seema Shah earned her PhD in Political Science from UCLA. She currently works as a Researcher in Kenya, with a focus on elections and ethnic violence in the developing world.