Africa: The EU and Africa - From Eurafrique to Afro-Europa 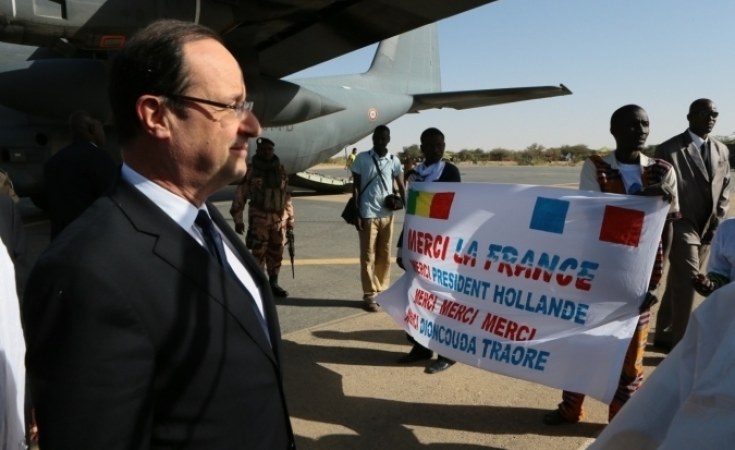 A valuable collection of essays sheds light on the complex relationship between Africa and the European Union.

Seldom do continents share such a deep-rooted, instantly recognisable, and often paternalistic and exploitative relations as Europe and Africa. Yet despite these associations, surprisingly little has been written on the contemporary ties between Africa and Europe.

Even if narratives about Africa's rising fortunes have been exaggerated, the comparative bargaining powers of the two continents are changing. In this respect, the hefty volume by Adekeye Adebajo and Kaye Whiteman (a scholar and journalist respectively), The EU and Africa: From Eurafrique to Afro-Europa, makes a valuable contribution to existing literature.

Whiteman pronounces that "relations with Europe are (although still important because of the scale of trade) only one of several strategic partnerships. One needs to redefine Afro-Europa in this context".

Accordingly, the book examines non-conventional topics that need to be looked at, such as migration, security and agriculture, to keep this relationship relevant. One of its most striking features is the sheer scope and ambition of the study - chapters are cut across and interpreted through several disciplines, each decisively argued by an expert practitioner or academic.

The first chapter, which sketches out a brief history of interactions between the two continents, provides an interesting backdrop through which to view later developments. Would the readers' attention have been so faithfully drawn to the ideological turns and positional inconsistencies were it not for this historical chapter?

Throughout the volume, new perspectives are confronted. The revelation that former imperial powers such as Portugal have relied on old colonies to fight the recent recession reveals as much about the dynamics of the EU as it does about individual countries.

One of the book's strengths is the structure - common themes are brought out, issues such as the swiftness of actions are juxtaposed in successive chapters.

Seasoned international diplomat Aldo Ajello points out in his chapter that only one EU military mission can be deemed to have been a relative success: the 2003 Operation Artemis in the DRC. Modest in its aims, it had a limited timeframe and was effectively run by one country - France. Why then have other missions been hampered?

One problem suggested is in the management of this aspect of EU security policy, which is split over two Brussels bureaucracies - the Directorate-Generals for External Relations and for Development and Cooperation. This makes coordination with member-states, who prefer to keep security matters more covert, and the implementation of EU military initiatives difficult.

In contrast, the EU has however taken far more decisive action with other security concerns: migration. Brussels views migration very parochially, placing it alongside such threats as crime and terrorism. It has thus acted swiftly in creating "Fortress Europe" by closing borders, patrolling the seas, and jailing would-be immigrants.

The EU delights in the term policy dialogue, but regarding migration, it is quite clear that from the African perspective that Brussels is delivering a monologue. Africa frames migration in much broader terms: principally as a tool of self-development.

The oft-proposed idea of regulated circular migration would be much healthier for Africa, which only leads to the enrichment of human traffickers and the deaths of countless migrants en route to Europe's southern shores.

For all of these positives, the collection does have some disadvantages. It seeks more to create a platform for discussion than to draw any firm conclusions. Too often, the recommendations within some chapters are contradicted by others, and there is no finality in the voice of the editors.

Ali Mazrui's skilful exposition of different trends ends on a positive note - with hope for the future integrity of this relationship. However, some chapters are clearly scathing. Despite the breadth of investigation, some interesting topics are missed.

What, for example, is to be made of the gradual outsourcing of policies to international institutions such as the World Bank, International Monetary Fund (IMF) or International Criminal Court (ICC)?

The EU and Africa: From Eurafrique to Afro-Europa deserves a wide readership, not least because it is at the forefront of questioning this relationship. It is well-written, with an impressive roster of contributors. However, one senses its real advantage is less in being instructive and didactical than laying the foundations for further debates.

Bram Posthumus is an independent press and radio journalist with more than 20 years of experience living and working in West and Southern Africa. Alternating between Dakar and Amsterdam, he reports on political, cultural and economic events for a variety of radio, print and internet media.