Africa: The Arms Trade Treaty - in Search of a Silver Bullet 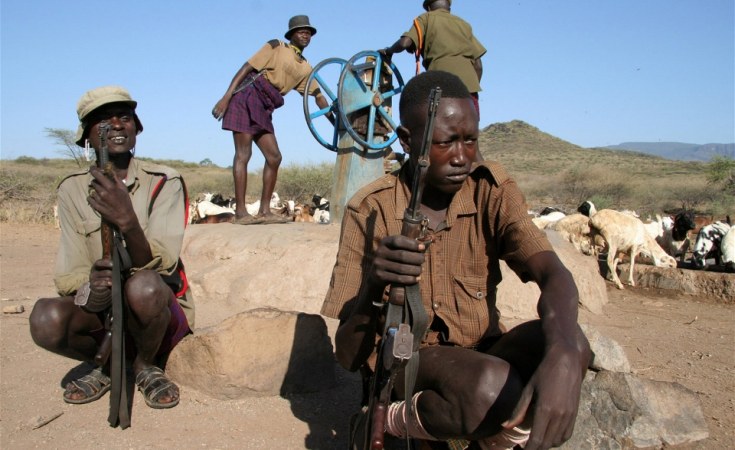 Siegfried Modola/IRIN
The availability of arms is cause for concern.
ThinkAfricaPress
analysis By Abigail Nehring

Delegates are at the UN negotiating a treaty regarding the world's most corrupt and corrosive trade. What could a global arms treaty mean for Africa?

A cluster of thatched makuti huts looks out over a vast grassy landscape in Kenya's semi-arid Tana Delta region. This is the village of Kipao, still recovering from a raid two months ago in which men from the neighbouring Pokomo community set fire to 45 houses.

But the raid may not have ended in 32 deaths had it not been for the arsenal of AK-47s the men carried with them, most of which would have come from illegal gun-runners working a route that winds its way across Somalia and Ethiopia before crossing into Kenya.

"Most of [the guns] don't actually have [serial] numbers, so you can't say which country they came from", says Kenyan journalist Kassim Mohamed, but he suspects they are of Russian, Chinese, or Ukrainian origin.

Incredibly, international law currently has firmer rules regarding the trade of commodities like bananas and electronics than it does conventional arms.

That is why delegates from around the world are currently at the UN headquarters in New York to discuss a new Arms Trade Treaty (ATT).

If passed, the ATT stands to regulate arms transactions and could throw a wrench in the works of the complex trade networks that, while not responsible for the 32 deaths in Kipao, act as enablers of violence where tensions are already near boiling point.

Developing nations have long dominated arms sales agreements, accounting for nearly 85% of agreements in 2011. Meanwhile, the US and Russia top the list of the world's biggest arms exporters, with France and the UK following behind.

"This expenditure has profound impacts on the world we live in", explained anti-corruption activist and former South African parliamentarian Andrew Feinstein at a panel discussion, "from the enabling, fueling, and perpetuation of conflict, to the corrosion of democracy in both buying and selling countries".

According to some research, the global arms trade accounts for a staggering 40% of all corruption in trade around the world. "Arms deals stretch across a continuum of legality, from the official or former trade to the grey and black markets", said Feinstein. And developing countries are often where weapons that have entered the "shadow world" of arms transactions end up.

Indeed, the armed men that ransacked Kipao may very well be the downstream result of "formal" governmental transactions. Mohamed speculates that some of Kenya's illegal weapons may have once belonged to the overthrown regime of Somalia's Siad Barre.

"When there are all these past troubles, what happens? Arms end up in the hands of civilians", he explains. Similarly, proponents of the ATT see weapons flowing into Syria and Mali today and imagine where they will end up ten years down the road. "It's hard because it's not a straight point we're trying to make", Mohamed says. "In order to plan for ten years from now, you have to plan for tomorrow."

African states have shown strong support for an ATT covering a broad range of weapons, including small arms and light weapons (SALW), and most African states have signed onto legal agreements regulating SALW. After all, it is these small arms that can filter down to the civilian level most easily, are most transportable and most abundant.

A number of African countries have therefore thrown their full weight behind the issue. In a statement made on behalf of the East African Community during the 2011 treaty preparatory meetings, Burundi said it "strongly supports the inclusion of Small Arms and Light Weapons and ammunitions in the future Arms Trade Treaty (ATT)", while similar statements were made by the Economic Community of West Africa and in Central Africa's Common Position on the Arms Trade Treaty.

But not all African countries are on the same page regarding SALW. Egypt, for example, has indicated that it does not want SALW included in the ATT, citing concerns that North African states may not be able to defend themselves in the midst of a volatile Middle Eastern security environment.

Egypt's dissent reflects the rift between northern African states and sub-Saharan Africa on the ATT. The current legal obligations African countries have agreed to regarding arms exist mainly in the Great Lakes region, the Horn of Africa, West Africa and Southern Africa - the regions most affected by illegal arms transfers.

According to Adotei Akwei of Amnesty International, removing civilian arms from the ATT "would basically render the treaty useless".

Firing on all fronts

Another point of disagreement that could undermine the ATT is between advocates of a treaty and certain major arms exporting nations.

Indeed, the 2001 UN-backed Programme of Action on Illicit Trade of Small Arms and Light Weapons was severely limited by the fact some of the world's major arms exporters did not agree to it. Similarly, efforts in 2006 fell apart in part due to the US' reticence to sign onto any multilateral treaty.

According to Jeff Abramson from Control Arms, a coalition of NGOs in support of a treaty, "The US domestically always has fears of being involved in treaties, which is a problem diplomatically when you're trying to set up an international regime".

And, then as now, part of the US' reluctance has been domestic rather than international. That is why part of Akwei's efforts around the ATT have been in trying to dispel misinformation circulating about the ATT within the US gun rights lobby which fears a treaty would infringe upon Second Amendment Rights.

But controlling access to firearms domestically "is not what the treaty is really about", says Akwei. "It's about the proliferation of arms wreaking havoc in the Maghreb and North Africa. It's about the use of child soldiers, the rapes in the Democratic Republic of Congo, the violence that destroyed Columbia and Mexico. Those are the things the gun lobby is silent on."

Indeed, as Kassim Mohamed says, "It's the weaker countries in Africa that are feeling the effect". And so far, not enough is being done.

The gunrunners Mohamed has interviewed in Kenya and Somalia are not unlike the entrepreneurs who deal in legal markets, he says. "He was just a business person, another common man", Mohamed recalls about his encounter with one of Kenya's major illegal arms barons.

The global arms trade may be the most corrupt industry in the world and one of the most sprawling, complex and shady.

And advocacy groups all agree that a treaty will only be worth passing if it contains all the necessary components to make it a strong tool in combating the proliferation of SALW; "if the treaty itself is not strong, it's not worth having", says Abramson.

Campaigners are also aware that even if new regulations are passed this month in New York, their impact may not be felt for months or even years.

But for now, the international human rights community has put their faith in the ATT being clearest path to defeating the laissez faire weapons industry that facilitates human rights abuses, insecurity and instability. And despite the numerous setbacks in the treaty process in recent years, there is a renewed sense of hopefulness about the ongoing conference. 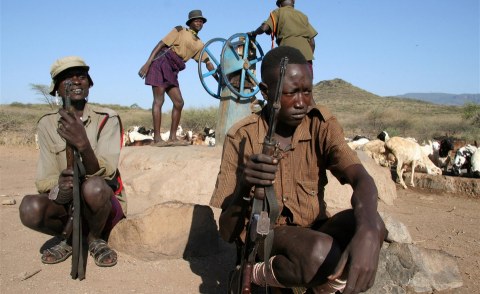 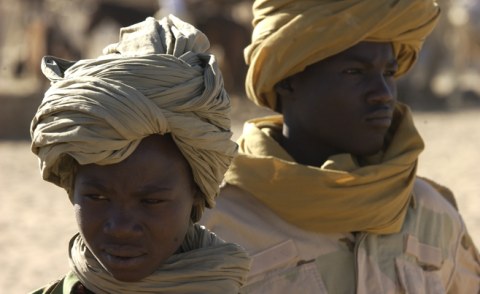 Progress Made on Global Arms Treaty 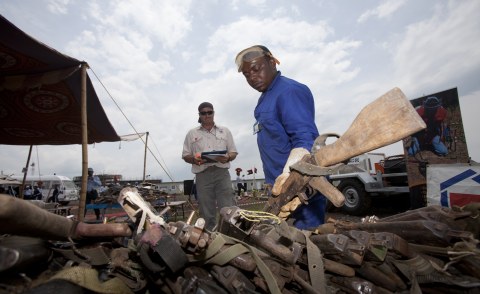 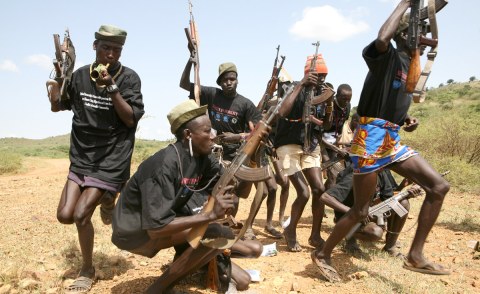 'Tanzania's Illegal Guns in Dangerous Hands'
Tagged:
Copyright © 2013 ThinkAfricaPress. All rights reserved. Distributed by AllAfrica Global Media (allAfrica.com). To contact the copyright holder directly for corrections — or for permission to republish or make other authorized use of this material, click here.