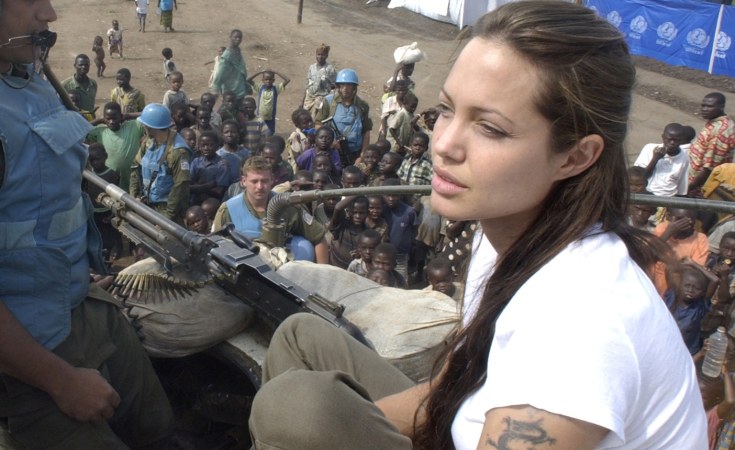 In disclosing in the New York Times on Tuesday that she underwent a double mastectomy, actress and humanitarian Angelina Jolie also called attention to the many women in Africa and other developing regions who die from breast cancer each year.

Jolie underwent the double mastectomy, and subsequent breast reconstruction, earlier this year after discovering that she carried a "faulty" gene, BRCA1, which sharply increases her risk of developing certain kinds of cancer.

Breast cancer is the most common cancer in women worldwide, comprising 16 percent of all female cancers, according to the World Health Organization (WHO), and rates are expected to rise steeply in the next 20 years.

"Some of this rise is due to better detection and more women having access to mammography," said Florence Williams, author of "Breasts: A Natural and Unnatural History," a 2012 New York Times Notable Book. "Some of the rise is also due to environmental and lifestyle factors, such as women having children later in life, which increases your risk, and women taking drugs such as hormone replacement therapy."

About 69 percent of all breast cancer deaths occur in developing countries where the majority of cases are diagnosed in late stages, WHO says.

Jolie discovered her risk after undergoing genetic testing, which costs more than U.S.$3,000 in the United States. "It has got to be a priority to ensure that more women can access gene testing and lifesaving preventive treatment, whatever their means and background, wherever they live," Jolie wrote.

But testing is more complicated than it appears. An important factor is that the gene mutation that Jolie has, BRCA1, has been patented by a private U.S. biotech company, Myriad Genetics.

"Myriad controls that gene along with BRCA2, and has a monopoly on running the tests, for which it charges thousands of dollars," Williams told AllAfrica. "This puts the tests out of reach for women without insurance or women whose insurance companies won't pay for it, which is a common occurrence."

Medical, research and consumer health groups have brought suit against Myriad, arguing that a company cannot patent human DNA. The case is now before the U.S. Supreme Court.

But there are some important points to note. The defective version of BRCA1 is not common, and it is unclear how stringently the Myriad patents would be enforced in developing countries with less medical and legal oversight in general.

At the same time, it is unclear if the technology would even be available in those countries to conduct such tests, and if so it would likely be cost prohibitive. Even the simple procedure of getting a mammogram can be complicated in countries where hospitals might depend on generators for electricity.

And for African women, testing for genetic mutations would probably take a backseat to other concerns.

"In much of the developing world there is still a stigma associated with breast cancer, which keeps many women from seeking detection and treatment," Williams said. "I'm heartened to see more educational and cancer awareness campaigns growing worldwide. Women at risk for cancer need the support of their families, communities and doctors to help fight and treat the disease."

She said it was also important to lobby for meaningful environmental regulations and protections in countries that are quickly industrializing because industrial pollution also likely plays a role in breast cancer development. But she said it's difficult to determine how big that risk is.

Even though Jolie's particular kind of gene mutation and testing that detects it may not be available to many women in Africa, having a Hollywood star known for her sex appeal talking about having her breasts removed could help reduce the stigma of breast surgery. Women in Africa might then be more likely to discuss breast cancer and the treatments available with their families and doctors, which could save lives.

Jolie and her partner, Brad Pitt, raise six children together. She is a special envoy of UN High Commissioner for Refugees António Guterres and is a former UNHCR goodwill ambassador.

She has traveled to Africa and other parts of the world to bring attention to the plight of impoverished children, refugees, the displaced, victims of natural disasters and survivors of rape. She and Pitt adopted one of their children, Zahara, from Ethiopia, and Jolie gave birth to their daughter, Shiloh, in Namibia.