Somalia: Entrepreneurship as a Tool for Peace 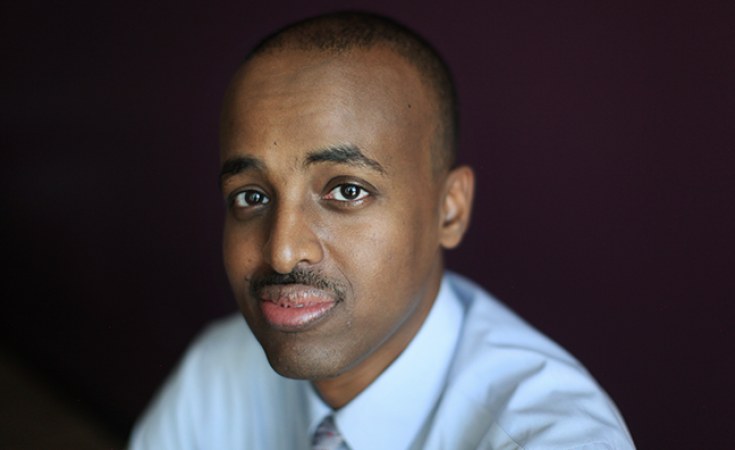 Somalia's reputation as a failed state often overshadows the country's potential, but Aspen Institute 2013 New Voices Fellow Mohamed Ali, a former Somali refugee, represents a new generation of entrepreneurs working to rewrite the country’s story. After fleeing during Somalia’s conflict, Ali chose to devote his life to fighting for immigrant and refugee rights. Realizing that his skills would be best served in his home country, he soon returned. The high rate of Somali youth unemployment inspired Ali to start his own social enterprise, the Iftiin Foundation. It works with Somali youths to incubate and build the capacity of young innovators and leaders to effect systemic change in Somalia. Ali plans to host a youth leadership summit in Mogadishu later this year to connect young leaders within the region. AllAfrica's Rohita Javangula interviewed Ali to discuss his hopes about the Iftiin Foundation and his belief in entrepreneurship as a tool for development.

Can you describe what the Iftiin Foundation does and how it promotes social entrepreneurship?

Through our collaboration with the Department of State and the Tony Elumelu Foundation, I'm hosting a youth leadership summit that is going to support and recognize the achievements of young social entrepreneurs and change that can make a difference in Somalia. The three-day summit is going to be focusing on developing entrepreneurial skills, giving young people the tools and skills needed to launch their projects.

When you first came to the United States did you anticipate returning to Somalia or did that change over time?

I think a lot of people from the Diaspora look to return. I left the country when I was really young and I kind of made my way to the U.S. where I developed a passion and commitment for helping refugees and displaced populations. That led me to law school where I focused on refugees and human rights law. During my work in the U.S. I realized that I probably could make the biggest impact back home in Somalia. A lot of young people I've been working with left the country because of poverty and because they didn't have any opportunities. I just thought that my skills and experience could be of better use at home.

What sort of challenges do you and new entrepreneurs in Somalia face?

Another challenge is the enabling environment - lack of infrastructure and regulation. One part of development is the lack of access to capital. Lots of entrepreneurs don't really have access to the capital to help start up or to expand their businesses.

How has the Aspen Institute Fellowship helped you overcome some of the challenges you face?

It's definitely a challenge when you're trying to target investors and people who are interested in investing in entrepreneurs, but that negative perspective about Somalia prevents the investments from reaching the country. When it comes to Somalia there is the ‘single narrative’ of famine, of poverty, of civil strife. The Aspen fellowship is helping us develop and communicate our ideas so we can get our message out through online articles, newspapers and magazines. One thing that I really want to do through this fellowship is to use it as a platform to get out a different narrative - one of hope, one of the Diaspora going back and helping people. Just a different part of the story.

Transforming a Country Through Rice