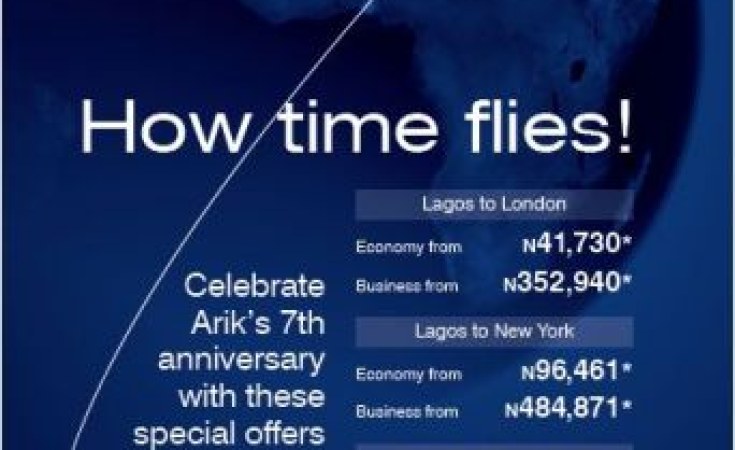 Commenting on the anniversary promotion, Arik Air’s Managing Director, Mr. Chris Ndulue explained that the promotional fare is the airline’s special way of thanking its esteemed guests who have remained loyal to the carrier these past seven years. “When we set out seven years ago, our aim was to become a Nigerian airline that Nigerians would be proud to fly. Now, we have been firmly established as West and Central Africa’s largest carrier and the fastest growing airline in Africa. Arik Air not only connects Nigeria with eight countries in West/Central Africa and serves London Heathrow, Johannesburg and New York JFK from Lagos, it also connects 20 destinations within Nigeria - a domestic network that no other airline can match. It is therefore appropriate that all our guests should have the option to avail of this special offer for travel across our long haul routes.”