Congo-Kinshasa: End of an Era? What Next for the DR Congo Now the M23 Has Been Defeated? 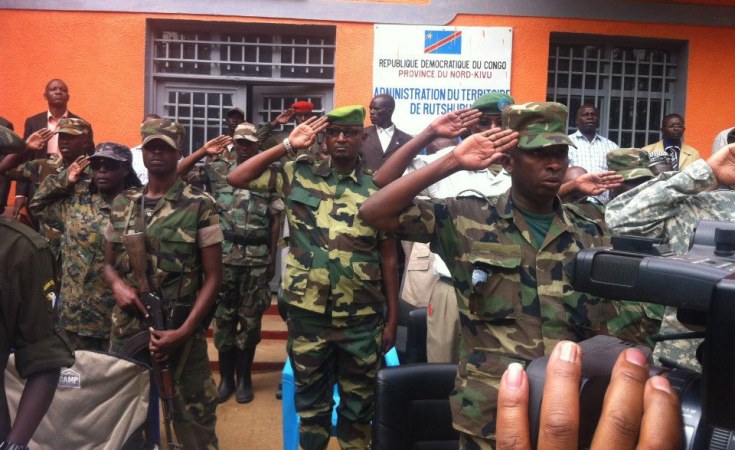 Kazarama Vianney/Facebook
The March 23 Movement, often abbreviated as M23 and also known as the Congolese Revolutionary Army,is a rebel military group based in eastern areas of the DRC,
ThinkAfricaPress
By Christoph Vogel

Though the M23 has been defeated, underlying grievances remain, while the dozens more rebel groups in the region may prove harder to uproot.

Following a series of military defeats against the UN-backed Congolese army, the M23 rebel group has announced that it is ending its insurgency and that it will disarm and demobilise. The statement came shortly after the government claimed military victory in the eastern Democratic Republic of Congo (DRC).

Unconfirmed accounts indicate that the rebels' senior command has dispersed to Uganda and Rwanda, while the few hundred rank-and-file soldiers have either surrendered to the national army (FARDC) or gone into hiding, whether fleeing out of the DRC or dispersing into the Virunga forests. The phones of various commanders, including its military head Sultani Makenga, have been unreachable since late afternoon on 4 November.

End of an era?

The military end of M23 may well signify the final stage of what has been an 'era of armed movements' in the eastern Congo. Particularly in terms of personnel, the continuity from the AFDL to the RCD-Goma to the CNDP to the M23 is striking. For instance, Makenga has been part of all these rebellions, while the likes of M23 spokesperson Vianney Kazarama along with M23 colonels Yusuf Mboneza and Innocent Kayina have been part of many of these groups.

Their demobilisation, however, would not mean underlying problems are solved. Similarly, despite observable improvements in FARDC's capacity and the increased willingness of the UN mission (MONUSCO) under Martin Kobler and Carlos Alberto dos Santos Cruz to weigh in through its Force Intervention Brigade (FIB), a new unit tasked with actively taking on rebel groups, root causes and grievances will remain if a political agreement is not realised.

As is the case with numerous other communities in the eastern Congo, the so-called 'Congolese Tutsi' of North Kivu (more precisely, large groups of the Banyabwisha and Banyajomba amongst others) need to be given political and social representation. As long as land and citizenship issues are not taken seriously, a 'new M23/CNDP' remains possible, even if the genealogy of leadership seems to have been broken.

A third point is that it is now more crucial than ever that both FARDC and MONUSCO (through the FIB) also engage with other militant groups - in particular the FDLR, the Hutu rebels opposed to the government in Rwanda - in order to keep any power imbalances which could result in the emergence of local security dilemmas as to a minimum. In addition, MONUSCO needs to rethink its 'islands of stability' idea that could turn into a 'swamps of instability' reality if cleared areas are not sufficiently covered by either blue helmets or responsible FARDC units.

The Congolese government, most visibly represented by its spokesperson Lambert Mende, announced a landslide victory over the M23 which had humiliated Joseph Kabila's government and the country's armed forces not even a year ago when it seized the city of Goma. Mende announced FARDC would now take on all other armed groups (of which, based on various mapping exercises, I predict there to be around 50-60). Meanwhile, the government has officially committed to a continuation of the Kampala talks as called for by M23's political leaders Bertrand Bisimwa and René Abandi. In Kinshasa however, billboards hailing the military successes of President Kabila and FARDC along with (probably government-sponsored) women's victory marches suggest a different mood.

On the UN side, MONUSCO saluted M23's defeat, or capitulation, and underlined its responsibility of neutralising all negative forces in the area. While it is too early to predict the Force Intervention Brigade's future actions, most observers have identified FDLR, Mayi Mayi Sheka (NDC), and the Allied Democratic Forces as potential next targets. Cognisant of the huge expectations, MONUSCO's leadership seems wary of not ramping up the verbal warfare, and while the UN appears rarely determined, quick action against other armed groups should not be expected.

Indeed, tracking and tackling other armed groups in eastern DRC is going to be an uphill struggle for both government forces and the blue helmets. Despite a surprisingly swift success over M23, observers have cast doubts on whether the FARDC-MONUSCO coalition will be able to enjoy similar successes when it comes to address less centralised and structured militias. In their fight against the M23, sniper and helicopter attacks on semi-open terrain (the hills around Rumangabo and Rutshuru are not completely tree-covered) were key to their success, while steady supply routes from Goma and elsewhere also helped their advance.

This will not be the case with the FDLR. Following 2009 joint offensives - known as operations 'Umoja Wetu' and 'Kimia II' - the FDLR's combatants were left decimated, and they pushed deeper into the hinterland where they were forced to learn more decentralised militia tactics. Most of the group are now scattered below large panoplies, and are divided into a North Kivu (in northern Masisi/Lubero) and South Kivu (south Mwenga) command, while there are also additional splinter groups, the RUD and Soki, most likely in Lubero/Rutshuru.

Meanwhile, the FDLR's largest current threat, the Raia Mutomboki, is a similarly widespread and semi-structured franchise made up of numerous disparate militias. The Raia Mutomboki mostly consists of part-time combatants that spend most of the time as civilians cultivating fields in Shabunda, Kalehe, or Mwenga.

Military operations against such kinds of actors need to take into account those details and adapt accordingly in terms of tactics and equipment. It is yet to become clear whether MONUSCO is that flexible and FARDC that capable. It should not be forgotten that FARDC's landslide victory is also based on the fact that 1) command structures around Colonel Mamadou Ndala and General Jean-Lucien Bahuma have been considerably streamlined, 2) some of the army's best assault units were used, and 3) these units were properly paid and supplied, something that is far from a given when it comes to FARDC.

From a cross-border perspective, both Uganda and Rwanda have been extraordinary quiet in terms of comments and statements. A few days before FARDC's assaults, senior figures in Kampala and Kigali had been accusing it of deliberately shelling their territories, though there has never been final confirmation of whether M23 or FARDC was responsible. Since then, the two regional powers have been unusually silent.

Christoph Vogel is a Mercator Fellow on International Affairs. He tweets and blogs in own capacity at @ethuin and www.ethuin.wordpress.com. A version of this article was originally published here on Christoph Vogel's blog.