Africa: Europe and Africa - Crocodiles With One Stomach 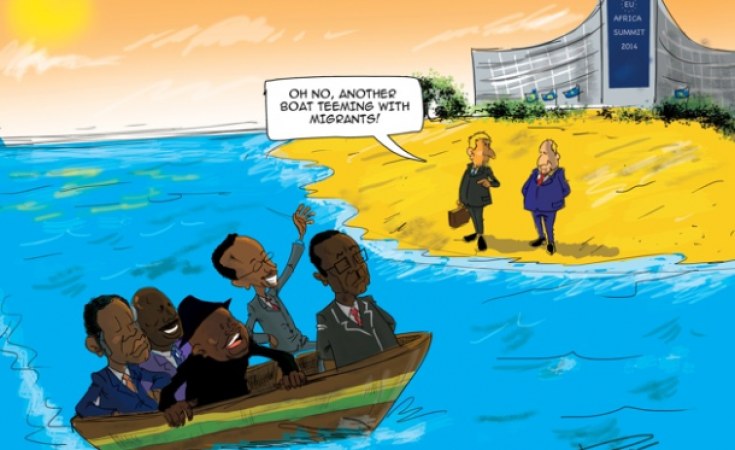 Two heads, one stomach? This is how a former minister described Africa-Europe relations last month, using the West African metaphor of an Adinkra crocodile to say both continents are dependent on one another.

As the European Union-African Union summit begins in Brussels on Wednesday, the two continents are at a crossroads, raising the question: will the summit breathe a new spirit into the beast and bring it new life? Or put another way: will the crocodile swim and run faster or perhaps even fly?

To achieve a coherent partnership, heads of state and government have three opportunities to seize in Brussels.

On the African side, pan-Africanism is a strong force for unity. Of course there are many forms of pan-Africanism. Pan-Africanism, no matter whether through the lenses of Nkrumah, Senghor, Mandela, Mbeki, Nasser or Gaddafi, is now anchored in a variety of strategic decisions and unprecedentedly ambitious continental initiatives in the name of the AU.

Although it is still a young organisation facing challenges, the AU has one single face thanks to the strong chairperson of the AU Commission, Dr. Nkosazana Dlamini-Zuma. It has plans for itself with its 2063 agenda, its continental infrastructure programme (PIDA), its agriculture and food strategy (CAADP) and its regional integration schemes. However, one also has to recognise that a number of strong African leaders are keen to retain their leading role in handling international affairs and may therefore view increased African unity with suspicion.

On the European side, unity is slowly consolidating four years after the Lisbon Treaty, the latest treaty ruling the EU, came into force. Yet, while Africa is quite clearly defined by its geography, the question of Europe's borders remains largely open, as demonstrated by the crisis over Ukraine. Hence the question arises: can Europe with its numerous faces - the heads of powerful states, the President of the European Commission (EC), the High Representative for Foreign Policy and the various commissioners for trade or development - be united in front of Africa?

For Africa and Europe, the summit could help each continent reassert its unity as a power bloc in a world marked by a shift of power to the East.

The second opportunity the summit offers is a chance to refresh and possibly upgrade each continent's international strategy. The African Union and the European Union are each now working to shape their own distinctive, consistent and sustainable continental positions internationally. They have no choice but to do it together on global matters such as economic growth, trade and climate change.

In the last decades, the strategies driving relations between the two continents have become much more sophisticated. In the field of peace and security, both sides have worked jointly to make the African peace and security architecture (APSA) a reality. Today, the African peace support operation in Somalia (AMISOM) and international efforts to consolidate peace in Somalia are clear examples of sharpened African and European strategies to address common threats. In the Sahel, the EU and the AU have designed tailored regional strategies in coordination with the United Nations, ECOWAS and other international organisations dealing with security and development.

Recent stock tacking exercises have demonstrated that both sides are acting more strategically with one another in a number of other areas too, such as research, space and satellite and cultural cooperation.

This does not mean that there are no disagreements, but at least each side is becoming clearer about what it wants and what it does not want.

They also are both committed, at least on paper, to strengthen their own continental normative frameworks to pursue their fundamental values and principles through a number of treaties (Lisbon Treaty), charters (the African Charter on Human and People's Rights, the EU Charter of Fundamental Rights) and constitutive acts (the AU constitutive act).

Both sides need to get back to what unites them internally and see if it matches the other continent's interests.

All the contentious issues currently being discussed on the eve of the summit - homosexual rights, Economic Partnership Agreements, declarations on migration, agriculture, implementing structure and a document on the way forward - will undermine internal integration efforts on both continents if they are not addressed with the unity imperative in mind, and in a strategic and long-term perspective.

The third opportunity the Brussels summit offers to heads of state and government is to seek agreement on principles that bring both sides closer: faith in trust-building, peace and security, alignment with existing African and European growth strategies, available funding, and, above all, commitment to deeper dialogue and concrete action with earmarked funding on sensitive issues.

The implementation of technicalities and day-to-day relations won't be in the gift of heads of state and government, but they are the ones who can set the tone and the mood of the relations for the next decade.

Also, as a high-level official recently said, summits are not an end in themselves, and it would be a mistake to try to address all irritants simultaneously. This is not the way diplomacy works, and it would surely make the crocodile sick.

Sudan Not Yet Invited to EU-Africa Summit - Sources 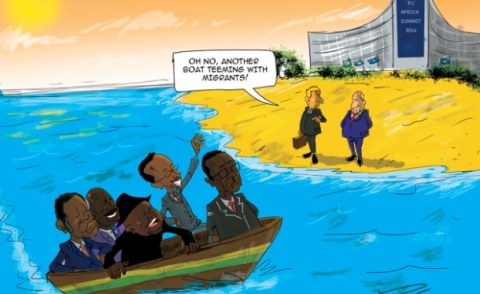 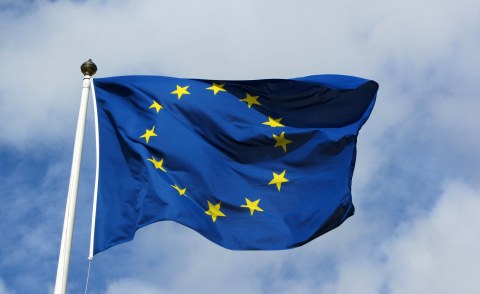 Rift Widens Between Africa, Europe
Tagged:
Copyright © 2014 allAfrica.com. All rights reserved. Distributed by AllAfrica Global Media (allAfrica.com). To contact the copyright holder directly for corrections — or for permission to republish or make other authorized use of this material, click here.