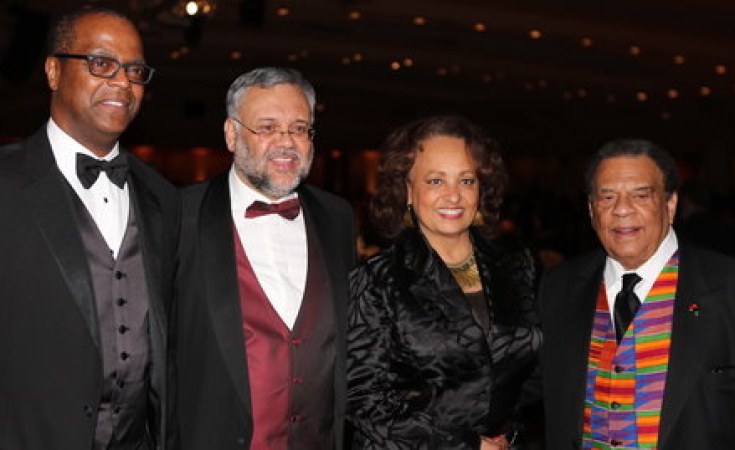 Africare also paid tribute to its Honorary Chairman, the late Nelson Mandela, through a special video and musical presentation by trumpeter Thaddeus Wilson of the band DC Fusion.

Actress Daphne Maxwell Reid, best known for her role as Aunt Viv on the hit-series "The Fresh Prince of Bel-Air," served as the Mistress of Ceremonies.

"C. Payne and Dr. Kennedy focused on educating Americans about the challenges Africans face and the tremendous opportunities we have to help," said Darius Mans, president, Africare. "Their tireless efforts to educate Americans led community, religious and fraternal organizations, as well as government and business entities, to discover Africare and contribute directly to Africa's regeneration."

Africare was founded in 1970 in response to the devastation wrought in the Sahel by one of the worst droughts the Niger Delta had ever faced. 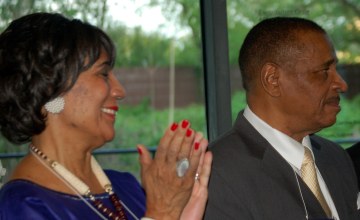 C. Payne Lucas, co-founder and longtime CEO of Africare and leading voice on U.S. Africa relations for more than four decades, died September 15, one day after his 85th birthday. A native of North Carolina and an Air Force veteran, Lucas served as Peace Corps country director for Niger and then Africa director before leaving to create the first major African American-led NGO, which is focused on promoting development across Africa.

Africare has established a 'wall of remembrance' where tributes to his legacy are being posted.

The funeral service was held on September 26, 2018 at the National Presbyterian Church.

In 1971, as founding board members, Mr. Lucas and Dr. Kennedy reincorporated Africare in the District of Columbia. Under their visionary leadership, Africare matured from working in one region of Niger with a budget of roughly $39,000, to engaging in hundreds of projects spanning 36 African countries over the past 44 years. Today, Africare's portfolio is valued at more than $200 million, spanning 17 countries.

"As Africare continues to grow and serve larger numbers of Africans in need, we always remember our inspirational and dedicated founders, their humble beginnings and their vision that takes us to communities that exist where the road ends," Mans said.

The Africare Bishop John T. Walker Memorial Dinner is held each year in memory of Bishop John T. Walker, the first African-American Bishop of the Episcopal Diocese of Washington, DC and Africare's longtime Board Chair. Bishop Walker, who passed away 25 years ago this year, distinguished himself as an exemplar of peace, justice and interracial harmony. The dinner plays an important role in enabling Africare to both broaden awareness about its work in Africa and to raise critically needed funds to deliver lifesaving services. This year's dinner was made possible through the generosity of ExxonMobil, Chevron, The African Development Bank and The Coca-Cola Company, as well as many others from the business community.

In 2010, Africare awarded the first Africare Lifetime Achievement Award to the late Nelson Mandela, its honorary chairman, for his perseverance and dedication to ending apartheid and bringing peace to South Africa and the world. Zindzi Mandela, Nelson's daughter, accepted the award on behalf of her father.

Read the original article on Africare.

Tagged:
Copyright © 2014 Africare. All rights reserved. Distributed by AllAfrica Global Media (allAfrica.com). To contact the copyright holder directly for corrections — or for permission to republish or make other authorized use of this material, click here.