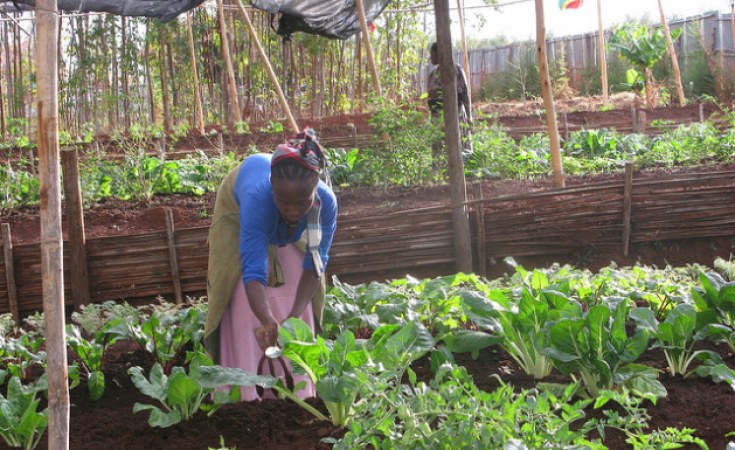 Isaiah Esipisu/IPS
Dwindling land access in Ethiopia is a critical issue for 80 percent of the population who make a living as small farmers.
allAfrica.com
By Kalkidan Yibeltal

Addis Ababa — The world is home to 500 million smallholder family farms generating up to 80 percent of the food consumed by developing world, according to Dr. Kanayo F. Nwaze, President of the International Fund for Agricultural Development (IFAD). Investing in the resilience of smallholder farmers is therefore "investing in the resilience of food systems and communities and the balanced and sustained development of nations".

According to IFPRI the post-2015 agenda should aim to end hunger by 2025, but this can only succeed "by building resilience to various environmental, political and economic shocks that threaten food security and livelihoods".

Nwaze believes the significance of building resilience for smallholder farmers, who are, unfortunately, at the receiving end of hard times is critical. They are, according to him, devoid of investment options in times of crises as they often lack asset base, insurance, financial services and social safety nets. As a result they end up taking drastic measures such as removing their children from school, selling everything they have accumulated and migrating to the cities. Countries should therefore help smallholder farmers in fostering ownership and ensuring sustainability.

"In the past five years alone, the world has witnessed a major earthquake in Haiti; drought in the Horn of Africa; an earthquake, tsunami, and nuclear crisis in Japan; and food price spikes in 2008 which still impact global food prices today," says IFPRI. In the past six months alone, Typhoon Haiyan has hit the Philippines; major flooding has struck the UK; civil conflict has continued in the Central African Republic, Syria, and South Sudan; landslides have ravaged Afghanistan; and a new disease called Middle East Respiratory Syndrome emerged on the Arabian Peninsula. "The most recent report from the Intergovernmental Panel on Climate Change (IPCC) also confirmed humans' role in causing climate change and warned of further shocks to come."

"Many of the potential shocks we face, such as disease, food price spikes, and natural disasters, know no borders," said IFPRI Director General Shenggen Fan, "our success in coping, and even thriving in the presence of shocks, will depend on renewed efforts to cooperate and collaborate on a resilience agenda."

In an attempt to help families cope with hard times in a sustainable manner, the United Nations World Food Program (WFP) is working to get away from its traditional role as food aid provider to contributing 40 percent of its operations to programs designed to encourage resilience, according to Dr. Ertharin Cousin, Executive Director of EFP. She also expressed her belief that the process of achieving resilience should start from a paradigm shift in thinking. "Resilience requires an in-depth understanding of community livelihoods," she said.

Taking a long term perspective, going beyond asset building and being multi-sectoral as well as making sure that every man and woman can contribute to the maximum of their ability are some of the principles put forward by Dr. Cousin that the world needs to adopt. "Resilience will pay dividends for fragile communities who today face environmental, economic, and nutritional bankruptcy."

She added that for people in communities affected by droughts, floods, and other shocks, a resilience approach allows comprehensive action that both restores the productivity of people's land and significantly improves their well-being. "Empowering resilient families to withstand shocks can reduce—even by half—the likelihood that children will become malnourished."

Ethiopia's Prime Minister Hailemariam Dessalegn was more upbeat about the positive prospects of his government in helping smallholder farmers cope with increasing challenges stretching from environmental to fluctuating global market for agricultural products. "To be a resilient country we must also have a resilient agriculture system," he said.

"Our people are at the center of these investments and policies."

More than 800 experts from around the world attended the three-day conference from May 15 to 17 to discuss the scope of this challenge and the investments required to end hunger and malnutrition for good. 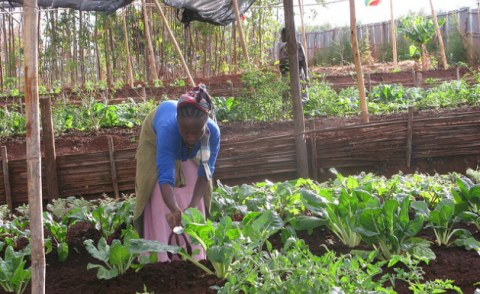 Building Resilience, Food Security
Tagged:
Copyright © 2014 allAfrica.com. All rights reserved. Distributed by AllAfrica Global Media (allAfrica.com). To contact the copyright holder directly for corrections — or for permission to republish or make other authorized use of this material, click here.