Africa: 'We Can Save Newborns' - Melinda Gates 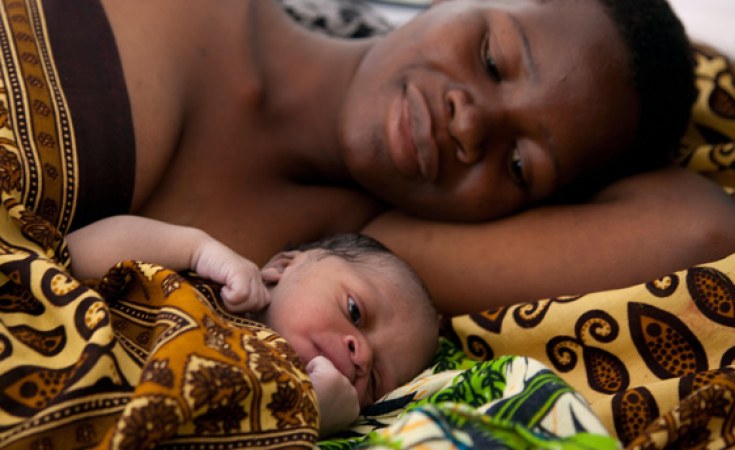 Amid a renewed push by a coalition of organizations to reduce high death rates among newborns, the co-chair of the Bill & Melinda Gates Foundation answered questions from AllAfrica's Tami Hultman about the prospects. Melinda Gates is telling the World Health Assembly in Geneva today that governments and health professionals should implement proven practices to make pregnancy and delivery safer for both mothers and babies. The group of African countries participating in this week's assembly, which is the decision-making body of the World Health Organization, succeeded in getting the group to elevate the issue of newborn survival to a prominent place on the agenda.

Women and children are a particular focus issue for you. Looking back over the past decades, how much progress have we really seen on these issues?

A lot. Since 1999, both maternal and child deaths worldwide are down almost 50 percent. That progress is spread across poor and not-so-poor countries, which proves that it's not wealth but setting the right priorities that makes the biggest difference.The situation isn't perfect. There are countries where progress is slower and issues, like newborn health, on which everyone needs to do better. But the overall story is very encouraging.

Why has there been - comparatively - such a lag in reducing newborn mortality worldwide?

You're right. Compared to older children, newborns have been left behind. One million babies still die on the day they are born, and almost three million die within the first month of their life.

This stagnation is related to a number of different factors, but one big one is the fact that we just haven't seen the same political commitment to save newborns. That's changing, and the World Health Assembly gathering right now is considering aggressive action to extend the progress on maternal and child health to newborn health.

How does the African situation for newborns differ from the global one?

In sub-Saharan Africa, the decline in newborn deaths has been slower than anywhere else in the world. The good news is that this problem is fixable. We know what we need to do: arm frontline health workers with a few key skills and invest in higher quality care in health facilities. Once we do that, the numbers in Africa will start going down.

What are some of the biggest challenges among African countries working on newborn health?

Well, in many sub-Sarahan African countries, there is a lack of health infrastructure, a lack of trained personnel, and a lack of information that could help women make healthier choices about pregnancy and childbirth.

That means that many women simply don't have the opportunity to give their children the healthiest possible start in life. But countries are investing to solve these problems, and we're seeing evidence that these investments will pay off.

And where have we seen success in Africa?

Ethiopia's health extension workers have recently been trained in newborn care practices, and already newborn mortality is down by almost a third in the pilot areas.

Another great example is the Safe Motherhood Initiative in Malawi. Part of the program has been to construct maternity waiting homes for women who live far away from a facility, so they can ensure that they can get high-quality care when they go into labor.

How preventable are newborn deaths in Africa? What can African governments and advocates do now to address this issue?

The vast majority of newborn deaths are entirely preventable - that is part of why this issue is so heartbreaking. We know the three main causes of newborn deaths - prematurity, childbirth complications, and infections. And we know that we could save millions of newborns with some very basic, cost-effective solutions like exclusive breastfeeding, skin-to-skin contact, a US$5 resuscitation mask, an inexpensive antiseptic gel for a newborn's belly button, and many others. We know how to prevent these deaths. We just need political will and commitment to actually do it. And I think we're starting to see that.

What kind of technology or intervention has been found to encourage the most progress in newborn health?

Some of the most encouraging technologies are those that are least technological: breastfeeding, for example. Paired with skin-to-skin contact (another low-tech solution) between a woman and her newborn (what we sometimes call Kangaroo Mother Care), this helps regulate a newborn's breathing and temperature,provides early nutrition, and boosts the baby's immune system. It's a simple solution with far-reaching, lifesaving benefits.

How does newborn survival and health relate to the broader social or economic empowerment of women and girls in Africa? How are these issues connected?

The health and wellbeing of women is closely tied to that of their newborns and children. Newborns must survive and thrive to grow into a healthy child and adolescent, and eventually a healthy woman who will give birth, and so on, from generation to generation.

When women and their families are healthy, it triggers a virtuous cycle. The benefits are exponential - we see more productive, prosperous, and stable societies. It is the right thing to do to save newborns, and that's reason enough to make it a priority, but it also makes social and economic sense.

What kind of progress for newborn health in Africa do you think is possible in another ten, or twenty years?

Huge progress is possible. We know how to save newborns. We know that African countries that have made saving newborns a priority have had success. I have been talking to many African leaders about this issue, and I believe they're going to make this a priority. I can't wait to see where we are 10 or 20 years from now.