Africa: Minerals for Manufacturing - Towards a Bolder China Strategy 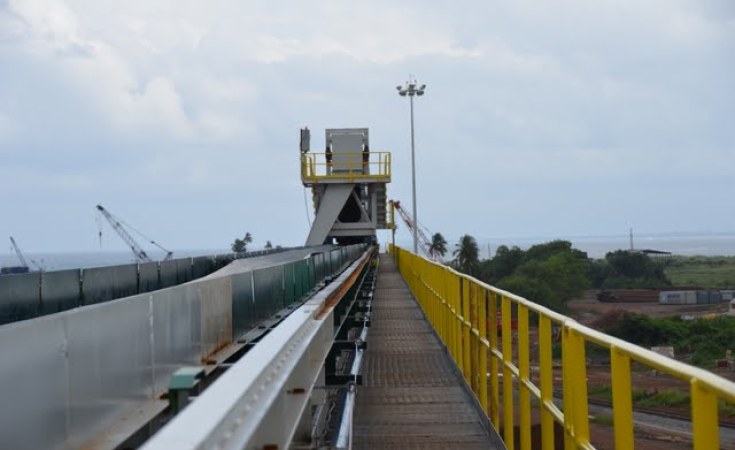 Maputo — Alongside its rise as a dynamic global economy, China has become a key partner to sub-Saharan Africa.

This partnership has helped African countries in their quest for growth-enhancing investment. More than ever before, the continent has received tangible returns on its natural resources.

Yet, ahead of the inevitable depletion of its natural resources, Africa needs to shift from the "resources-for-infrastructure" model to a bold strategy of "resources-for-manufacturing". While the former targets mainly 'growth enablers', the latter can ignite a virtuous cycle by emphasizing the 'engines' of growth. In this potentially more rewarding partnership, Africa would supply resources to Chinese industries while making progress towards its own industrialization.

A resources-for-manufacturing strategy should be part of a well-designed industrial policy whereby a country could leverage its natural resources to attract some of the labor-intensive manufacturing looking to relocate out of China. With Chinese wages increasing, labor-intensive industries are already being established in developing Asian countries. Africa, with a billion people and a very young labor force – half the population is 19 or younger – is the next logical target for outsourced Chinese manufacturing.

Three main arguments could form a rationale for a resources-for-manufacturing strategy.

First, while the infrastructure gap in sub-Saharan Africa is clear, the quality of infrastructure investments, whether domestically or externally financed, have not always met expectations. Most projects have a limited impact on long-term growth, partly because they were not integrated into a comprehensive development agenda. The story of "the bridge to nowhere" stills haunts some high-cost investments.

Roads, bridges or railways were too-often built to improve the appearance of capital cities or to facilitate the exploitation of the very natural resource for which they were traded. Unless they are part of a broader development strategy, which promotes manufacturing and industrialization, the growth dividends from infrastructure financing will remain below potential.

Second, natural resources remain for now the most valuable asset to Africa's position in world trade. These unrenewable assets should be used strategically and harnessed to support strong, job-creating growth.

Africa's rapidly expanding economies are creating too few jobs to absorb the 10-12 million young people entering the labour market annually. By leveraging their resources to attract and host Chinese low-skill industries, African countries could spur their structural transformations from low-productivity agriculture to job-generating manufacturing that provides employment – especially for youths and women.

Absent such a strategy, pervasive unemployment will continue to be a drain on the continent's social fabric and a threat to political stability. A 'redistributive' approach that merely tries to spread the benefits of natural resource revenues more widely is at best a sub-optimal solution to address this deep-rooted issue.

Third, a resource-for-manufacturing strategy is timely for both African and Chinese interests.

Chinese labor-intensive industries will outsource an estimated 80 million jobs to the developing world in the next decade, as the country shifts toward high-end manufacturing. Frontier markets like Bangladesh and Indonesia are already attracting textile industries from this trend. With their resource endowments, many African countries that have similar business climates and labor-market characteristics as their developing Asian peers, have an edge to bargain and position themselves as destinations for relocating Chinese industries.

Meanwhile, sub-Saharan Africa's continued growth has changed the narrative about the region. Many analysts and mainstream media outlets say, "Africa is rising"! Helped by the global slowdown, many investors view Africa as the next frontier of growth. International manufacturing trademarks are moving some of their production lines to a few African countries that have made steps to attract them.

Ethiopia for instance, with low labor costs, has recently attracted a Chinese shoe manufacturer, which is now exporting Ethiopian-made shoes to Europe and the United States. Such an example should be replicated on a larger scale. Adding value to many of the continent's agricultural products could also give rise to China-financed joint ventures.

The resources-for-manufacturing strategy could be designed at the national level, but could also come as a mandate from Africa's regional institutions, some of which are exploring ways to better assist countries in their relationship with China. There is room to set up regional baskets of agricultural commodities or minerals and leverage them to negotiate for factories and associated cross-border infrastructure projects.

If there is any one lesson from China's rise as a key player in the world economy, it lies in the country's ability to harness its advantage in abundant low-skill labor, assisted by a demographic gift. Paired with far-reaching economic reforms, this has paved the way for massive industrialization and buoyant job creation. More than any redistributive policy, China's resultant vibrant manufacturing sector has helped lift millions of people out of poverty.

Africa now has the once-in-a-lifetime opportunity to make the best use of its natural resource advantage – by trading access to resources for industries that enhance the manufacturing sector, broaden the fiscal base and create jobs. It may be the ideal way of putting into practice the well-known Chinese proverb: "Give a man a fish and you feed him for a day. Teach a man to fish and you feed him for a lifetime".

Economist Koffi Alle, senior advisor to the IMF Executive Director for Africa, is a former Economic Advisor to the Minister of Economy and Finance of Cote d'Ivoire, He has over 14 years of development policymaking experience. Opinions expressed in this article are his own and do not represent the views of the IMF or its Executive Board. Follow him on Twitter @AlleKoffi. 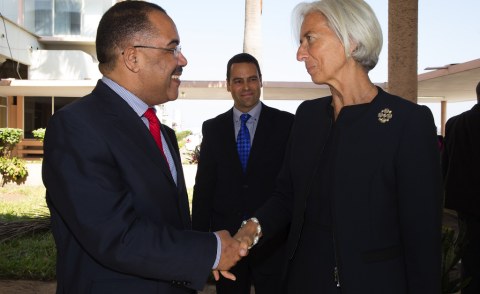 IMF Examines 'Africa Rising'
Tagged:
Copyright © 2014 allAfrica.com. All rights reserved. Distributed by AllAfrica Global Media (allAfrica.com). To contact the copyright holder directly for corrections — or for permission to republish or make other authorized use of this material, click here.