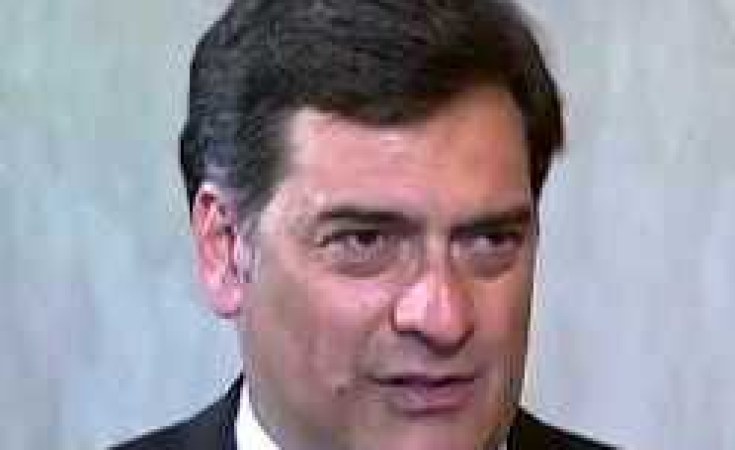 Symbion Power LLC, a U.S.-based independent power producer and contractor specializing in designing, engineering, and constructing electrical infrastructure projects, has emerged as a leading player in the Power Africa Initiative announced by President Obama last year. After focusing during much of the past decade principally on projects in Iraq and Afghanistan, since 2010 Symbion has made Africa its chief concentration. Paul Hinks, the company's CEO, also chairs the Board of the Corporate Council on Africa , the leading membership organization for American firms doing business in Africa. In an AllAfrica interview before heading to the U.S.-Africa Energy Ministerial in Addis, he outlined the company's major projects and described how U.S. government support can make American firms more competitive players in Africa's expanding energy sector.

What are some of the opportunities you are seeing across Africa?

There's a lot going on in the IPP [Independent Power Production] sector at the moment, and there are many potentially successful projects that have popped up around different countries in Africa. For us the underlying thing is the massive demand for electricity.

Let me give you examples of what Symbion is doing right now, a lot of it is linked to Power Africa and getting support from U.S. government agencies like OPIC , Ex-Im [Export Import Bank] and USTDA . We are in the final stages of executing a 30 MW Power Purchase Agreement [PPA] in Kenya for a geothermal power plant at Menengai. We're currently finalizing the steam supply agreement with the Geothermal Development Corporation of Kenya and will soon start the process of financing construction.

In Rwanda we believe that we are in a good position to win the next concession for a 50 MW of methane gas to electricity project at Lake Kivu. Kivu is an 'exploding' lake. The lake bed leaks methane gas and CO2, it dissolves in the water and stays at about a 350-450 meters deep. We are planning to build barges, each of about 7 MW, and then have pipes below them that suck up water and separate the methane and CO2.   We then capture the methane and pipe it onto land, through a power plant that produces the electricity. There are a couple of other projects on the lake that haven't yet succeeded, but we think our plan will. We have submitted a bid, and we are hopeful of receiving an award very shortly.

In Nigeria , we are one of the members of a consortium with the Transnational Corporation of Nigeria Plc (Transcorp) that won a contract for a 972 MW power plant at Ughelli , Delta State . When we took over last November, only 161 MW of the 972 MW of installed capacity was operational. We've been investing in the rehabilitation of that plant, and by the end of this month it will be producing 400 MW. By the end of the year we expect it to be producing 750 MW and next year 1050 MW. In addition, we have completed a study to expand that power plant by another 1000 MW with new equipment.

Nigeria faces a shortfall in natural gas supply for expanding domestic demand. Is there a sufficient supply of gas to fuel this expansion?

We have sufficient gas for current generation, but we will need to find more within the next 12 months. One of the reasons we selected this power plant was because there was sufficient gas for at least part of the redevelopment. Among the reasons for going into the Delta is that the area is rich with gas. The reality in Nigeria is that at least 25 percent of their gas capacity is down due to attacks on their pipelines.

Also in Nigeria, we just launched a joint company - Western Sahara Transmission Company - owned by Symbion, Jyoti Americas and Iroko Capital Partners . Jyoti is one of the largest transmission line fabricators, based in India with a factory in Houston. We joined with Jyoti Americas to build a factory in Nigeria to produce steel transmission towers. We expect to be operational within two years. Having capacity to generate power is one thing, but being able to transmit it is another.

In Ghana , we are in the final stages of negotiating a Power Purchase Agreement for 450 MW of power. That's a project that we believe will start at the end of this year. And we are also pursuing independent power purchase agreements in Sierra Leone . The biggest project we're doing is in Tanzania - a 600 MW gas-fired power plant in Mtwara , where large gas deposits have been discovered, as well as a transmission line which will transfer power from Mtwara to Songea, 620 km away.  We have also had discussions with Mozambique to build new transmission lines. Mozambique, Zambia, Malawi, Burundi, Rwanda, Uganda and Kenya could all access electricity through the Tanzania grid from those gas fields.

Do you think regional projects that share power generation sources are likely to succeed?

I do believe that. In fact it is happening. There are projects already under development involving Uganda, Rwanda, Tanzania and Kenya as well as projects between Tanzania and Kenya that are being financed by the World Bank and the African Development Bank. There's a power plant at Rusuma Falls in Rwanda near Tanzania, which is a regional project that will provide power to these countries.

How does Symbion Power benefit from U.S. government programs such as those include in the Power Africa Initiative?

We're trying to develop all of our projects in a manner that would qualify for various U.S. government support, which means working only with other U.S. firms. For example we are using DC-based MPR Associates as consultants for projects in Nigeria and Tanzania. Previously we might have gone to the UK or South Africa [for this expertise]. We're trying to do all of the procurement from the United States. With the 1000 megawatt expansion at Ughelli Power Plant, GE will supply the equipment. GE will also provide the gas turbines for our Tanzania project. We are getting lattice steel transmission towers from Jyoti's factory in Houston. That's probably the first time steel towers will go from America to Africa as opposed to coming from China, India or Turkey.

We're doing this because we're hopeful that Ex-Im Bank will provide the credit support we need in the form of long-tenure loan credit support at concessionary interest rates, not the expensive money that we'd have to pay back in three to six years. This will make us more competitive than we would be if we use commercial financing. It's also good for the United States because we're using American products. Let's be perfectly honest, there is no way we'd buy lattice steel towers from the U.S. if they are available in India at lower cost, but the concessionary terms of the Ex-Im Bank make up for that differential. That makes it attractive for us to buy in the U.S.

The process of getting Ex-Im financing is very long-winded. And Ex-Im is looking for full-faith-and-credit sovereign guarantees from governments [where projects are located]. But in Africa most governments refuse to provide these sovereign guarantees for power projects because it uses up debt and affects their debt ceiling with the IMF.   I'm doing everything in my power to convince US Ex-Im Bank and the U.S. government that by taking a bit of risk, along with the private sector taking risks, is the best way forward for Power Africa. All we want is for Ex-Im to make it less onerous to gain access and approvals for what they offer. i.e. their desire to get sovereign guarantees.

It's also critical for Power Africa that Ex-Im is reauthorized [Congressional action required to maintain the bank's funding, which expires at the end of September]. Without Ex-Im, U.S. industry will lose out to suppliers from Europe and Asia. It's Ex-Im that often drives buyers of power equipment to the United States market, and without them the incentive to look at U.S. products is not as great.  This in turn means a lack of export orders for U.S. manufacturers and therefore less jobs.  Without that financing, Power Africa will be limited.

We want to work with U.S. government agencies, and we would like them to become even more user-friendly as well as efficient in their response time. In his Power Africa speech , President Obama talks about cutting through the red tape and bureaucracy. He said Power Africa is all about speed. When he said that, he was speaking to the Africans, but the reality is we need to take a good look at ourselves to see what we can do to speed up things as well.