RESOURCE: HAPPY WE ARE FROM GOMA-DRCongo
ThinkAfricaPress
By Timo Mueller

Goma: Last month, a rare thing happened. A video made in the town of Goma in the eastern Democratic Republic of Congo (DRC) went viral. Moreover, featuring musicians, dancers, students, vendors and expatriates, the film wasn't depicting the usual themes of grief and crisis associated with the region, but colourfully celebrating Goma's fun, vibrant and joyful side.

The video was an adaptation of Pharrell Williams' song 'Happy', whose 24-hour music video for the track had already inspired local artists across the world - from Abu Dhabi to Okinawa to Curaçao - to create their own versions. And on 7 June, Goma joined them.

Happy from Goma is the production of Kivu Entertainment Youth, an artisanal multimedia house led by Kelvin Batumike. Working with a dozen filmmakers, photographers, and graphic designers, Batumike's objective is to promote local talent from all walks of life.

In his youth, Batumike started to experiment with music and soon recorded his first album with the help of the international NGOs War Child and UNICEF. Self-taught and determined, he continued to pursue his passion, recording jingles as well as mobilising other musicians in Goma.

Talking to Batumike reminds me of Mapendo Sumuni, the owner of a small art house in Goma which was recently featured in Think Africa Press. Both have a burning desire to express themselves and be the masters of imagery in Goma, a town that is often synonymous with instability and conflict and which is located in a region that has been labelled the "rape capital of the world." Sumuni's vehicle for this is art, Batumike's music and film.

Goma's Amani Festival, in which 25,000 Gomatriciens congregated for three days of music, performances and fun this February, also fits into this category and, according to Batumike, has acted as encouragement for him. "[The event] ignited a spark of hope in Goma that we wanted to keep alive," he says, his feelings seemingly echoing Happy's refrain of: "Bring me down/Can't nothing bring me down/My level's too high."

Since it was uploaded, Happy in Goma has been viewed over 35,000 times on Youtube and the some of the comments made below it speak volumes: "We have been through whatever we have been through but we came out of it alive and strong," one commenter said, while another added "I am happy to see people of Goma smiling again.

We will always be proud of what no one can take away: our happiness." The video of course doesn't negate the many problems still facing the unsettled region despite the defeat of the M23 rebels last November, but it does highlight the town's resilience, the creativity of its youth, and Gomatriciens' strong desire for change and hope.

Since the video was made, residents of Goma have also tried to keep its message going and launched a photo campaign expressing their pride of calling the city their own.

Furthermore, on 16 June, the Day of the African Child, the crew behind Happy in Goma organised a Happy Concert in the town and released a new version of 'Happy' in Swahili, called Tunafurai.

Timo Mueller is a Goma-based analyst, focussing on the political security situation in the eastern Congo. He has worked with the Enough Project, gained experience in UN advocacy with the International Crisis Group, and conducted public outreach with Human Rights Watch.

Timo holds a MA in International Affairs from The New School and a BA with distinction in Human Rights, Peace and Development Studies from Maastricht University. 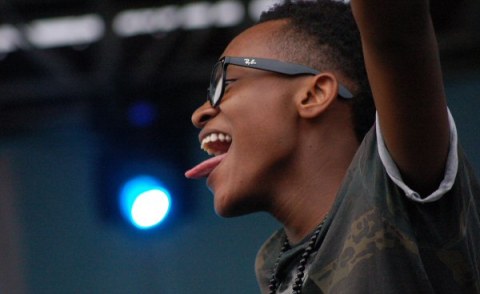 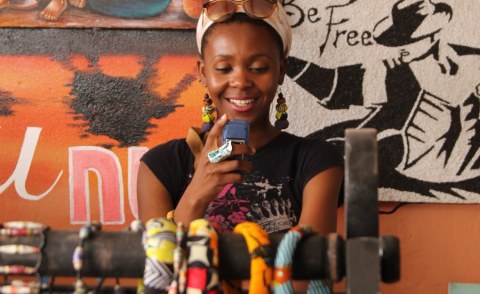 Little Art House in Eastern DRC
Tagged:
Copyright © 2014 ThinkAfricaPress. All rights reserved. Distributed by AllAfrica Global Media (allAfrica.com). To contact the copyright holder directly for corrections — or for permission to republish or make other authorized use of this material, click here.