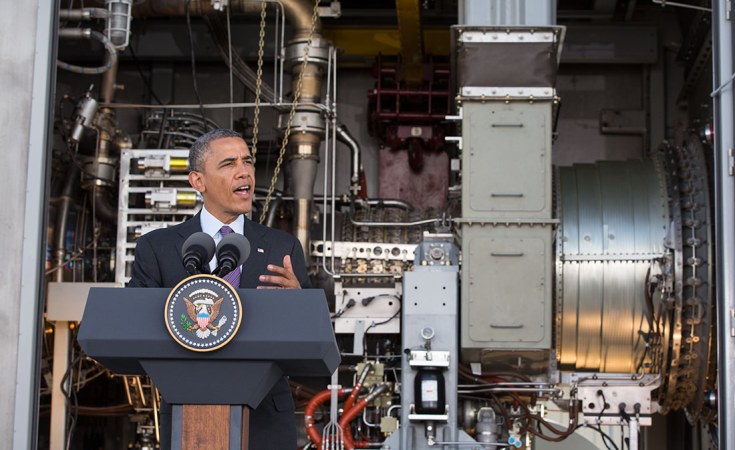 Energy is recognised as a priority issue in the growing United States partnership with Africa, and is among the key themes of the U.S.-Africa Business Forum  being organised as an important core event of next week's U.S. Africa Leaders Summit in Washington.

Increasing U.S.-African undertakings on energy can be seen through the prism of President Barack Obama's "Power Africa" initiative. The U.S. House of Representatives also recently voted in favour of the U.S. initiative to "electrify Africa", drawing attention to increasing U.S. energy interests in Africa ahead of the U.S.-Africa Energy Ministerial (AEM) held in Addis Ababa in June.

While recognising the role that this emerging initiative plays in elevating U.S. dialogue with Africa, a valid question could be asked about the extent to which it contributes to sustainable energy alternatives in Africa.

During the ministerial, which focused on "Catalysing Sustainable Energy Growth in Africa", U.S. Energy Secretary Ernest Moniz emphasised energy infrastructure as "a critical enabler" for economic development. With a focus on the private sector, the potential for new investment was at the centre of the debate in Addis.

However, the ministerial did not specify that the U.S. - or any other strategic partner of Africa - should systematically favour sustainable, cleaner energy sources in their African investments. In fact, sustainability was somewhat diluted in the discourse.

Derived from Power Africa, a sub-initiative called "Beyond the Grid" was announced with the aim of developing "mini-grid" and "off-grid" power supplies to increase electricity access in rural areas. This in turn would encourage further action to localise energy production. The pursuit of smaller-scale technologies and decentralised off-grid energy solutions fits in with President Obama's current strategy toward sub-Saharan Africa, but does not tackle fully the existing challenges to a more sustainable energy future.

Power Africa responds to two major trends in the Programme for Infrastructures Development in Africa Energy Vision, elaborated on by the African Union, the New Partnership for Africa's Development (Nepad) and the African Development Bank in 2010. On the one hand, this vision asks for financial support to "harness all African energy resources". On the other, it reveals that the fastest growing source of energy on the continent is gas.

Just this week, high-level delegates from Ghana, Kenya, Tanzania and Mozambique - all countries with significant recent natural gas discoveries - are travelling to Houston to learn about the U.S. experience and meet with potential American partners.

While an emphasis on sustainability and renewable energy has been muted, natural gas will be an important point of discussion in US-African energy partnership. So although U.S. energy strategy towards Africa balances U.S. interests with the continent's imperatives, a sustainable energy future still seems out of reach.

Basking in its new energy independence, the U.S. has not only launched initiatives to address Africa's infrastructure gap, but also decided to help power the continent. The longer-term test of that vision will likely rest on its ambitious reassertion of a greener energy future for Africa, rather than diluting it.

Scaling down non-renewable energy sources will imply focusing on longer-term efficiency issues and going far beyond temporary solutions to improve immediate energy access. The onus is on Africa to ensure that the solutions to its power crisis take on board the long-term outlook in a broader context, in which the use of renewable and greener energy sources is an urgent global imperative.