Nigeria: 'Just Turn the Volume Up' - an Interview With Afrikan Boy 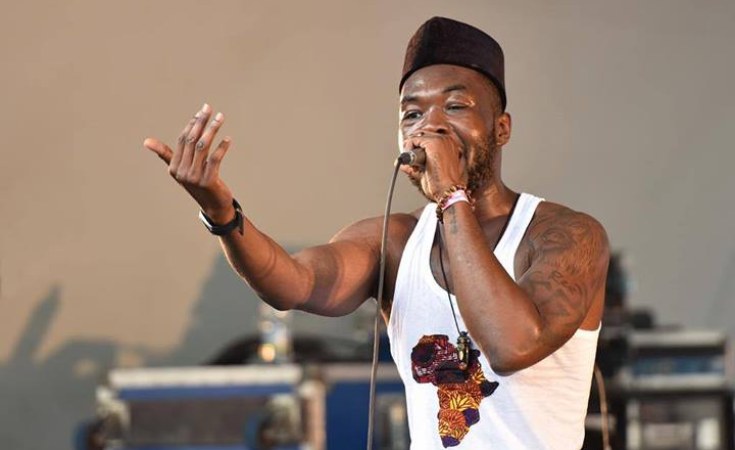 The Nigerian-British musician talks influences, how to give the audience a good time, and who's big in Africa.

After Afrikan Boy's incredibly energetic set at Womad Festival, I feel pretty guilty pressing him for an interview. Merely obeying his Afrobeat-influenced call-and-response commands induces a sweat for those in the audience, so one can imagine how Afrikan Boy himself feels after a set full of constant knee-to-chest jumps and frenzied efforts to whip up the crowd.

Drawing inspiration from his grime-loving teenagehood as well as his Nigerian ancestry, Afrikan Boy is one of those artists who feel it's a duty to give the audience a good time. "You don't pay to see someone to just play their album and sing over it," he tells Think Africa Press. "It's about giving the fans a high quality sound experience."

"I came to Womad in the UK last year with Spoek Mathambo," he continues. "It's always been a festival that people suggested that I play. It's good to be on a world music stage, because people always ask me about my genre, and I say just turn the volume up and you can hear it. It's not quite grime, and it's definitely not Afrobeat in the traditional Fela Kuti style. What sets me apart from a lot of artists in the UK and internationally is the combination of cultures expressed in my sound."

Tell me about your musical education.

I've experimented with many different artists who've broadened my horizons, like MIA, DJ Shadow and Buraka Som Sistema. In terms of my musical education, I was just a 16-year-old kid growing up in south-east London and listening to Wiley and Dizzee Rascal. I also had a bit of Fela from my dad, but I wasn't really into it as I was stuck in my grime phase. As I grew older I learned to experiment and bring my culture with me in my music.

When was the last time you went to Africa?

We were in Nigeria three weeks ago. We played two shows there with the British Arts Council, who were doing some workshops on sound engineering. I'm going back in October for Felabration - that's going to be amazing.

Felabration happens at the shrine in Ikeja. It's the new Africa shrine, because as you know the old one was destroyed by the Nigerian army. Femi Kuti plays at the shrine every other weekend; it's a real cultural centre for Lagos. There's even an African literature library - what other live venue do you know where people can actually go in and browse books? - under posters of Bob Marley and Fela Kuti, with loads of great quotes on the walls.

What does your dad think about you going back to your African roots?

He's very proud. My dad met and toured with Fela back in Nigeria. He deejayed and he used to write a bit as well. He met my mum and they lived in France together for a while as Nigerian immigrants then they came to the UK and had me. My mum was 19. I'm friends with Seun Kuti [Fela's youngest son] also, with whom I've played a few times.

Tell me about your work with Spoek Mathambo.

Spoek is really alternative. We first met and played together through Africa Express - that was also the first time I met Femi Kuti [Fela Kuti's eldest son]. Spoek and I started playing together and our friendship grew. He's a very creative guy. He would call me up to guest at his shows in London and now we've got a track together on my album called 'Carry n' Go'. I haven't been to South Africa, but I want to and I will soon. Based purely on the media production, the music that comes out of South Africa is amazing - South Africa is huge.

What are the most exciting music industries in Africa at the moment?

Nigeria has the biggest music industry, but I'd say Nigeria, South Africa and Kenya are the big three. Songs made in Nigeria are massive across the continent. But now there are collaborations between Nigerian and South African artists - Davido and Mafikizolo, for example - so musicians are starting to go to other territories for inspiration. Nigerian radio stations have also started playing a lot of music from South Africa and Kenya.

Tell me more about your set up today.

I always aim to incorporate live elements in my shows. When I started off it was typically myself and a DJ but that was when I didn't have much of a budget. That gave me the grounding experience of being a front man so it did have its importance. But my current set-up allows us to be a bit more flexible. We wanted the electronic sound which is the base of my music, and we wanted it to have a live element because nothing beats live music. Even if it's electronic it's still live, and I think that's what people pay their money to see.

Afrikan Boy's album, The ABCD, will be released by Yam Records on 18 August. Find out more on Afrikan Boy's website. 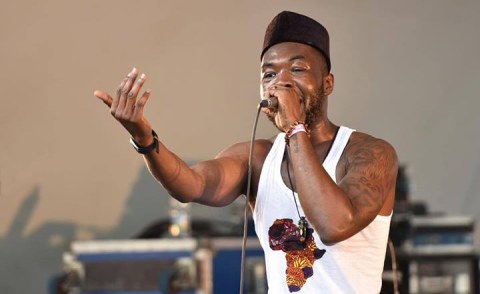 One-On-One with Nigerian Musician
Tagged:
Copyright © 2014 ThinkAfricaPress. All rights reserved. Distributed by AllAfrica Global Media (allAfrica.com). To contact the copyright holder directly for corrections — or for permission to republish or make other authorized use of this material, click here.