Legendary Cameroonian saxophonist Manu Dibango reflects on his 65 years of musical journeys with nostalgia and wisdom.

When Manu Dibango took to the stage at Womad Festival last month, one got the overwhelming feeling that he has enjoyed every moment of his career. Even after 80 years and counting, it was clear that the great Cameroonian saxophonist still loves music and has always loved music.

Dibango first became famous with his 1972 hit 'Soul Makossa', a song which proved influential in opening up Europe and America to African music with its catchy, repeated chorus. "Mama-say, mama-sah, ma-ma-koo-sah," he sang to the Womad crowd, greeted with whoops of appreciation. Dibango's chant had previously been popularised by Michael Jackson's plagiarism of it in 'Wanna Be Startin' Something' - for which Dibango sued Jackson, a matter that was eventually settled out of court - and which had led to many other musical adaptations.

At Womad, the set switched effortlessly between soulful ballads which saw the keyboardist transform the festival tent into a New Orleans gospel church - notes that went on forever, Dibango blowing off on a mad cadenza - and funky hits where the octogenarian jiggled his hips with playful nostalgia. As the guitarist played a few funk licks to whip up the energy, Dibango stepped back and nodded approvingly.

"Same man, different band!" was how Dibango neatly summarised the performance afterwards as he spoke to Think Africa Press. "I started music by going to church. Then I went to Europe when I was 15. I'm 80 now, so that's a long time to be performing. I was lucky at the beginning as it's always a tough time starting out in music. Sometimes musicians get lucky, and that happened to me in 1972. Now there are different people around me. My music is the same, but with different musicians."

Dibango was keen to reflect on his time playing music and travelling in the 70s, evidently a hallowed period for him . "I have a lot of nostalgia for that time," he said. "There were so many great musicians: James Brown, Sly Stone, Otis Reading, all those people. I spent a month in Jamaica when Bob Marley was alive, and I became the first African to record an album there - a collaboration with [the Jamaican rhythm section] Sly and Robbie called Gone Clear."

"At that time those musicians were all popular in Europe," he continued. "African music was popular in Africa. After 'Soul Makossa', Europeans realised there was a lot more to black music than African-American music. I opened the door for them - I had the keys without even knowing it, and this allowed people to go to Africa and find Fela Kuti and King Sunny Adé. They'd been playing for a while in Africa, but no one in Europe had heard of them.

"When I started, I played everybody else's music before playing my own thing. First you play other people's music - what people want to hear - then you ask the crowd whether they want to hear something different. You have to be curious. If you're not curious, you will not learn - that's the same wherever you go in the world. If you're keen to learn and mix with other people, then one day you'll make a new musical baby."

You can find out more about Manu Dibango here. 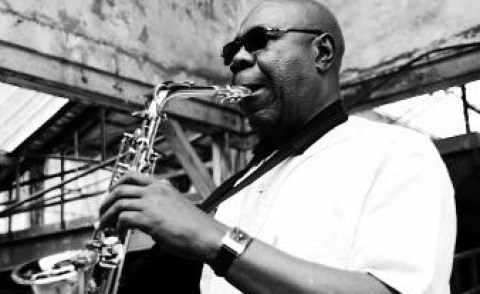 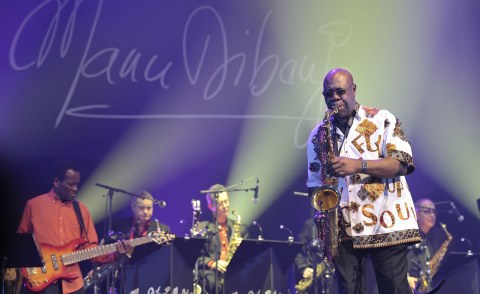 Veteran Musician Manu Dibango for Kenyan Concert
Tagged:
Copyright © 2014 ThinkAfricaPress. All rights reserved. Distributed by AllAfrica Global Media (allAfrica.com). To contact the copyright holder directly for corrections — or for permission to republish or make other authorized use of this material, click here.