Africa: Why Are We So Poor? Yet We Are So Rich? 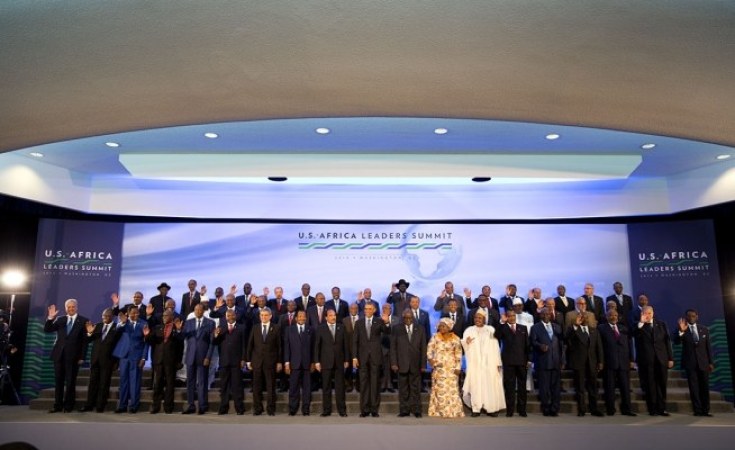 Briggs Bomba calls for domestic resources to be mobilized to bring about inclusive development in Africa, in particular by stopping the illicit flow of money out of the continent.

As leaders gather for the annual Southern African Development Community (SADC) summit in the resort town of Victoria Falls this weekend, a distinctive new prominence and sense of urgency has emerged around the key issue facing the region - and the continent as a whole: the question of inclusive development and economic transformation.

At the same time, attention is moving from debates over aid effectiveness, multi-lateral and bi-lateral loans, and foreign direct investment as the key drivers of transformation, and towards development which is anchored on domestic resources.

For Africa, the quest for new approaches and transformative solutions is driven by the continued glaring contrast between, on one hand, the continent's abundant endowment in natural resources - including precious minerals, oil, agricultural land, fisheries, wildlife and forestry - and, on the other, the paradoxical reality of the continent's, particularly sub-Saharan Africa's, position as the "poorest" in terms of virtually all the human development indicators - life expectancy, literacy, education, standard of living and quality of life, as measured on the Human Development Index.

Africa's poverty persists in the midst of a wealth of natural resources, estimated by the United Nations Economic Commission on Africa as including 12 percent of the world's oil reserves, 42 percent of its gold, 80 to 90 percent of chromium and platinum group metals, and 60 percent of arable land in addition to vast timber resources.

If these were idle, unexploited resources, it would be one thing.

However, the reality is that they are increasingly being exploited: investment and trade in Africa's resources sector is on the rise, largely accounting for the sustained GDP growth rates witnessed over the last decade. The Economist magazine has reported increased foreign direct investment into Africa, rising from U.S. $15 billion in 2002, to $37 billion in 2006 to $46 billion in 2012.

While trade with China alone went up from $11 billion in 2003, to $166 billion in 2012, very little can be pointed to in commensurate changes in human development and fundamental economic transformation. It is multi-national corporations and a few local elites which are benefiting disproportionately from the reported growth - exacerbating inequality and further reinforcing the characteristic "enclave economy" structural defect of most African economies.

The disparity between sustained GDP growth rates and Africa's seemingly obstinate and perverse state of underdevelopment, extreme poverty and deepening inequality brings to the fore issues of inclusivity and responsible governance of domestic resources. The question that is being asked by many - especially Africa's young people who have assumed the agenda for economic transformation as a generational mandate - is this: Why are we so poor? Yet we are so rich?

Promisingly, the thinking at many levels in Africa seems to be changing.

Likewise, the parallel People's Summit being organized by civil society, with a theme of using "SADC Resources for SADC Peoples", echoes the resurgence of the question of domestic resources governance. And at the continental level, the African Union is championing an agenda based on using Africa's resources "for the benefit of all Africans".

There appears, therefore, to be something special happening - an unprecedented consensus across the state-civil society divide and across national and regional boundaries on maximizing local benefits from Africa's resources. This convergence presents great opportunities for global strategic dialogues and compacts to pursue a new path for development.

Indeed, one can speak of a new or 21st century resource nationalism, or a "resource Pan-Africanism", which goes beyond the old state "ownership and control" talk to look at smart investment contracts, public-private partnerships, beneficiation, community ownership, promoting linkages - and plugging the illicit outflows of capital from the continent.

By exploiting weaknesses in investment contracts and loopholes in valuation, pricing and taxation regimes, corporations are able to use all sorts of devices to minimize their tax exposure and illicitly move capital out of the region to preferred "tax haven" jurisdictions. These illicit flows rob poor countries of greatly-needed public revenue that could be mobilized and invested to fight poverty, build infrastructure, improve livelihoods and finance development.

A new study of the South African diamond sector by Sarah Bracking and Khadija Sharife provides alarming figures showing that revenue which accrues to the state from the diamond trade is pitiful. In 2012, diamond sales in South Africa brought in $1,2 billion yet the government collected only $11 million dollars in tax.

Massive potential revenue was lost through trade mis-pricing and value manipulation. In the study, Sharife and Bracking calculate that the diamond giant, De Beers, mis-invoiced $2.8 billion dollars worth of stones in recent years - figures that De Beers has not refuted up to now. This hemorrhage of illicit flows affects virtually all key economic sectors, including agriculture, financial services and wildlife and tourism.

In another recent report, the African Development Bank and Global Financial Integrity demonstrate that Africa is actually a net creditor to the developed world due to illicit flows. An estimated $1.2 trillion to $1.4 trillion was lost from Africa in the 30-year period between 1980 and 2009.

What is worrying about the rate of these flows is that it has escalated in recent years, hence the need for comprehensive action now to stem the leakages. Their impact on development cannot be underestimated, not only because they represent a heavy opportunity cost to local development, but also because they exacerbate the debt crisis already crippling most Africa countries, with states turning to loans which in practical terms can never be repaid, and mortgaging natural resources on terrible terms in order to finance development.

So as President Robert Mugabe hosts SADC leaders in Zimbabwe, and as civil society rightly surrounds such leaders' meetings to build pressure from below, the issue of illicit flows must receive significant attention. Such attention can productively be focused on two areas.

The United States and the rest of the western world bear particular responsibility for the global structures and policies that enable illicit flows and as recipients of the bulk of illicit flows from Africa. It is encouraging that the question was part of the agenda of President Barack Obama's U.S.-Africa Summit last week. However, beyond rhetoric a firm commitment to practical national, regional and global strategies to curb the flows is what is needed.

Africa, for its part, needs to create greater transparency and accountability throughout the entire resource value chain by reforming financial, taxation and customs regimes to widen the tax base and curtail mis-pricing, and by introducing new arrangments for exchanging information about taxes which are paid.

Illicit financial flows stand out as one of the major factors accounting for the limited translation of Africa's vast natural resource wealth into positive development outcomes. Effective strategies to curb the flows, therefore, can play a key part in optimizing the use of domestic resources to improve the lives of Africa's people.

Briggs Bomba coordinates TrustAfrica's work to curb illicit financial flows out of Africa. He can be reached on bomba@trustafrica.org.

Will Obama's 'New Africa' Deliver On Its Promises?