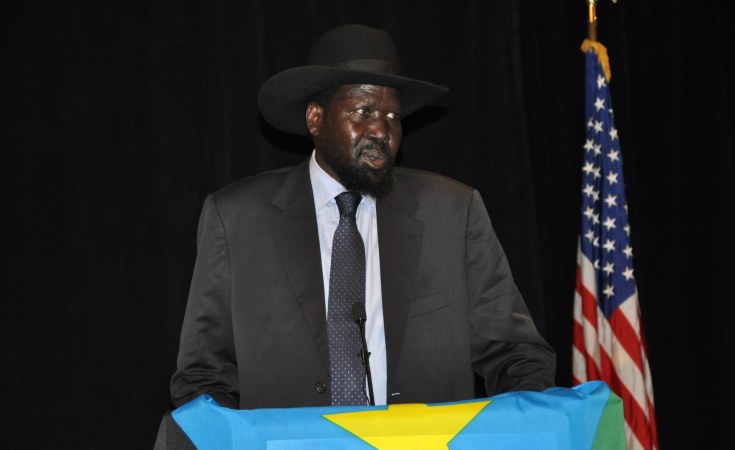 As people continue to suffer, the latest regional summit ended in little more than repeated promises.

Over 40,000 people living in shin-deep disease-filled sludge and water, surrounded by an abusive conflict. Sleepless nights standing in water that sits for weeks on impermeable mud, children dying every day, buried in the same slick earth in unmarked graves, dark skies threatening to flood already submerged grass homes even further.

It's hard to imagine that things could get worse here - the UN base in Bentiu, South Sudan, is already hell - but it just might. In the last weeks, South Sudan's war has come right up to the edges of the UN Mission in South Sudan (UNMISS) base with gun battles and shelling in Bentiu shaking the air. As has been demonstrated time and again in this nine-month war, just because civilians have fled to a UN base does not mean they are safe.

South Sudan's government and opposition agreed, yet again, to respect a ceasefire agreement that has been broken many times before and, yet again, agreed to talk peace. Such paper promises made in the Ethiopian capital of Addis Ababa have not made South Sudanese civilians any safer before, and what little hope there may have been in this latest promise quickly eroded when a UN helicopter was shot down just south of Bentiu the very next day.

As fighting has continued, IGAD has spent months dragging its feet on taking promised punitive measures against the warring parties to cajole them to the negotiation table and keep them there. And no such measures were announced at the end of the summit by the region's presidents even though just before they met an IGAD mediator said the "velvet gloves" were off. IGAD's threats should have been followed through not just because fighting continues in South Sudan but because of the way this war is being fought.

A recent report by Human Rights Watch found that abusive tactics that violate the laws of war lie at the heart of how both South Sudan's government forces and the opposition are fighting. There has been systematic targeting of civilians because of their ethnicity or presumed allegiances as well as mass pillage of civilian property and wanton destruction of huge swathes of towns.

The result has been disaster. An estimated 1.5 million people have been forced to flee their homes, famine looms, and over 100,000 people - frightened that they will be shot and killed because of their ethnicity or by marauding, pillaging troops - have sought protection from the UN mission, which opened its gates as the systematic abuse began in the first hours of the conflict.

UN bases, however, haven't proven completely safe, and bases sheltering desperate civilians have been attacked at least twice with impunity. The opposition has never accounted for the December attack on the UN camp in Akobo, Jonglei state, in which over 20 men from the Dinka ethnicity were sought out and executed. Similarly, the government has never begun its promised investigation into the 17 April assault on the Bor UN base, also in Jonglei, in which gunmen, including government security forces, killed more than 50 people from the Nuer ethnicity. In fact, the government blamed the victims, in effect condoning the attacks.

The response from the international community, including IGAD, has also been muted, and East Africa's leaders missed another opportunity to make a strong statement to both parties that they must ensure that civilians are protected at the recent summit.

Targeted sanctions against abusive leaders would send a strong message that there are consequences for harming civilians. IGAD could also call for a UN Security Council arms embargo on South Sudan to end the flow of weapons into a country where they are used to attack civilians. IGAD has just started publishing its reports on violations of the cessation of hostilities agreement, which will be a good step forward especially if these reports include information from well-resourced monitoring teams on violations against civilians and of the laws of war.

The summit was the moment for IGAD to show its leadership in the region, to help protect civilians in it: not just again hope for peace. For the sake of the South Sudanese people, the regional body cannot afford to miss another such opportunity. 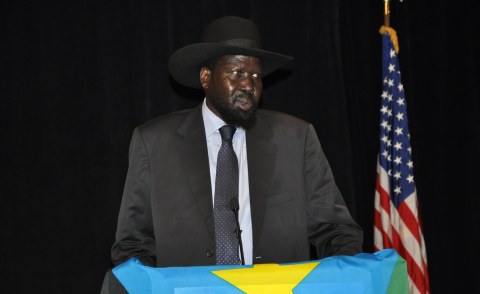 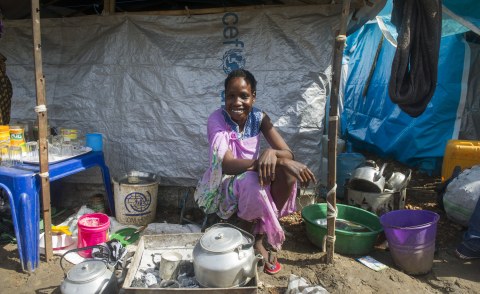 S. Sudan Wants Peace Talks Moved
Tagged:
Copyright © 2014 ThinkAfricaPress. All rights reserved. Distributed by AllAfrica Global Media (allAfrica.com). To contact the copyright holder directly for corrections — or for permission to republish or make other authorized use of this material, click here.