Western Sahara: 'I'm Missing My Place in the World' - an Interview With Aziza Brahim 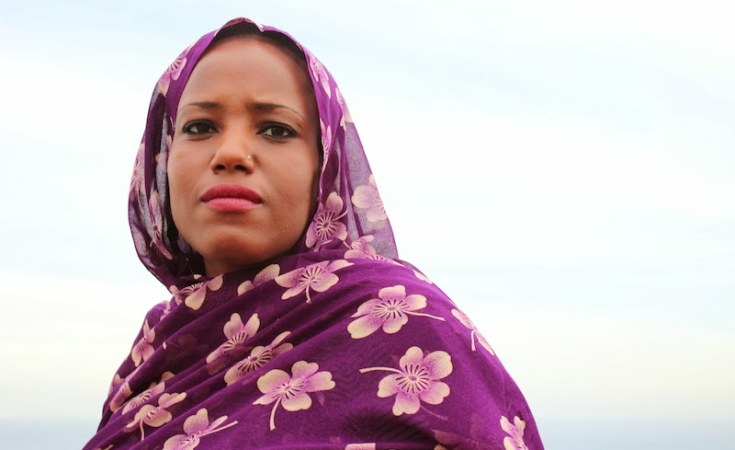 The Western Saharan singer reflects on a life away from home, the struggle for self-determination and her musical influences.

Political unrest in the Sahara is usually associated with Mali, a country still in the grip of conflict where, for a time, Islamist rebels banned music in the towns they captured. Ngoni master Bassekou Kouyate, last year's Sahara Soul concert headliner, described the situation as "ripping the heart out of Mali." This year, the Barbican Centre's celebration of Saharan music was expanded to include non-Malian groups, putting a spotlight on some less documented issues.

Take the plight of the Saharawi people, represented at London's Sahara Soul by singer and tabal drummer Aziza Brahim. Born in an Algerian refugee camp, Brahim learned about her homeland - the disputed territory of Western Sahara, currently occupied by Morocco - through word of mouth.

"I feel like I'm missing my place in the world," she says after her closing set. "I was fortunate to grow up in a family that always talked about it, which gave me a great sense of Western Sahara's beauty and how much it has to offer."

Her passion was at its most raw in her encore, the final voice of Sahara Soul. Brahim stood alone, calling out her urgent message and whacking her big tabal drum with a merciless slap that echoed around the theatre. The contrast between this and her regular set was huge. Backed by three Barcelonan guitarists and an Argentine drummer, each previous track had contained an exotic lushness that mixed flamenco with Malian-style desert blues. But 'Aradana', her sparse encore, was reflective of her childhood landscape.

"The extremity of the Algerian desert climate makes us entirely dependent on international help. There's a lot of hardship, and that's on top of the politics," she says. "At present our focus is trying to live with dignity."

Previously part of Spanish Morocco, Western Sahara was invaded by both Morocco and Mauritania in 1975. Tens of thousands of Saharawis took refuge in the arid south-west desert region of Algeria. The contentious political situation has barely progressed for decades.

"The political situation we're in now is a stalemate," explains Brahim. "We've been waiting 40 years to have a referendum, something the Scottish can very much relate to. It's the fairest way to resolve our conflict. It's something that's been re-affirmed by the United Nations, and it was clearly ruled by the International Court of Justice in 1975. The Saharawis have every right to override any claims regionally, particularly by Morocco, and to have self-determination."

I ask Brahim whether there are parts of Saharawi life that are incompatible with life in the refugee camps?

"It's hard for the Saharawi to be so far away from the sea, which essentially represents freedom," she says. "Our coast is also one of the richest fishing waters in the world. We miss the smell of the sea, and the chance to enjoy our own resources. We feel very much deprived of what is essentially ours. Even though I don't physically know the land, I understand what's being transmitting through my parents' and grandparents' generations."

Brahim explains that part of what was transmitted included the musical traditions on which she has built.

"Almost all my family are musicians. The tabal drum is the percussive base of Saharawi music. It's an instrument that's exclusively played by women, and it forms the backbone to all my music. In my family we play traditional music, but because of my life experience and exposure, I've introduced a lot of fusion. Initially my family found this strange, but at the same time my grandmother, who's been my biggest influence artistically, was very proud that I was in a position to explore other genres. My grandmother is a poetess. Although she's illiterate, she's very wise. She took on the role of documenting the Moroccan takeover."

On stage, the Spanish influence to Brahim's music is a large part of its richness. This made her third album, Soutak, such a success, and reflects Brahim's teenage and adult life spent in Cuba and Barcelona. I ask about the relationship between the Saharawi and Cuba.

"There's an agreement of support and solidarity that's long existed since our plight began," she explains. "This has been demonstrated by a regular wave of Cuban doctors to our refugee camps. On an educational level, the Cuban government has sponsored a lot of Saharawi children. I happened to be one of those children, so I got the chance to go to Cuba and gain a higher education. There I met people from all over the world. I learned to play music in Africa, but the Cuban influences in my sound are clear.

If Western Sahara got independence, would she go back?

"Even though I live in Spain, I feel like a refugee. Wherever I am, I'm a refugee. The only time that will change is when I have a chance to be in my own land - at the moment I have no sense of belonging."

Brahim references the lyrics of one of her songs, 'Lagi', in summary:

"Living in a haimas [tent]

worn out by time

the haimas a witness of my sensibility and faith.

Look how many souls desire

to finally meet again the eyes that await them."

It seems fitting to ask about Brahim's affiliation with the Tuareg, who have been at the centre of Mali's conflict over the past few years. Members of four legendary Tuareg groups - Tinariwen, Tamikrest, Terakaft and Tartit - played the first half of Sahara Soul, which made for a powerfully intimate set. While lacking a typical 'desert rock' punch, the Malian super-group transported the audience with their hypnotic, campfire-loving earthiness.

"We should be able to identify with the struggles of others," says Brahim, "and this is certainly the case with the Tuareg. They have also been displaced. They have experienced oppression and are now fighting for their rights and freedom, and I can identify with what they represent both musically and socially. We both vow to struggle peacefully, so music is one of the only ways to get a platform."

Clyde Macfarlane is a travel writer and music critic. He won a Guardian Student Media Award in 2009, while studying social antropology from Manchester University, and he has since had several articles published for the paper. He also writes for Songlines Magazine, specialising in African and Caribbean music genres. Follow Clyde on twitter @ClydeMacfarlane. 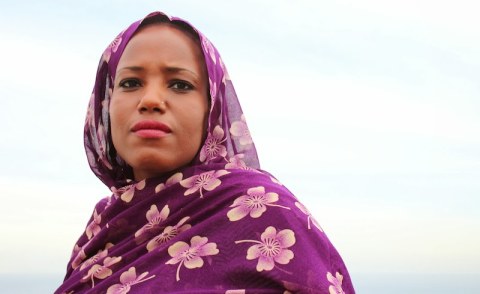 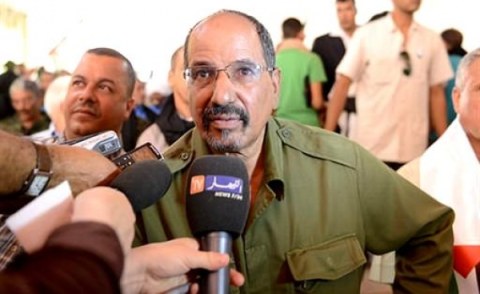 What Next for Western Sahara?
Tagged:
Copyright © 2014 ThinkAfricaPress. All rights reserved. Distributed by AllAfrica Global Media (allAfrica.com). To contact the copyright holder directly for corrections — or for permission to republish or make other authorized use of this material, click here.