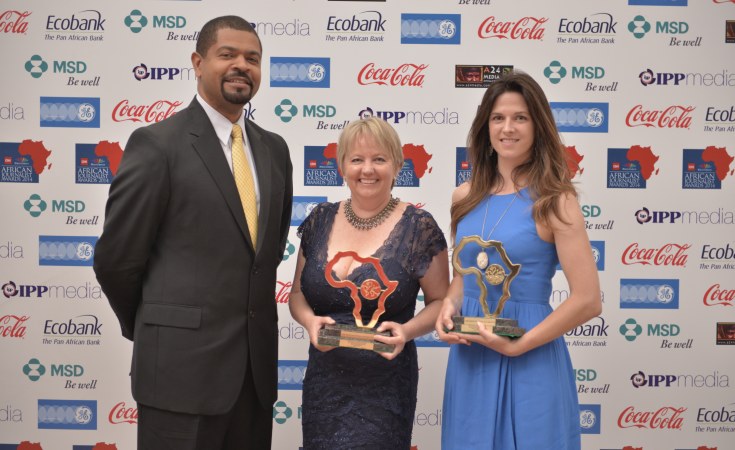 CNN, MultiChoice and GE (NYSE:GE) have announced that Joy Summers and Susan Comrie of South Africa have been awarded the GE Energy and Infrastructure Award at the 2014 CNN MultiChoice African Journalist Awards ceremony.

The Energy & Infrastructure category, which has been endowed by global energy and infrastructure giant GE, recognises outstanding journalism focused on key sectors for Africa's growth. Summers and Comrie, who work for M-Net Carte Blanche, share the award for their work, "Game of Geysers part 1 and 2" which was chosen from entries spanning 38 nations across the African continent.

The Awards, which rotate location each year in tribute to their pan-African credentials, were held at a gala ceremony hosted by CNN and MultiChoice at the Mlimani City Conference Centre, in Dar-es-Salam, Tanzania on Saturday 18 October.

Member of the judging panel, Anton Harber, said: "When you drive through South Africa's townships, the sign of the solar geysers will strike you. It looks like development on the right track with provision of hot water through renewable energy, but things ain't that rosy when one takes a keen look at the project. This was a great investigative story which went the distance to establish how corruption can impact negatively an otherwise very well-thought-out development plan." Harber is the Caxton Professor of Journalism and Media Studies and director of the Journalism Programme at the University of the Witwatersrand in Johannesburg.

Now in its 19th year, the Awards are supported by sponsors including Coca-Cola; Ecobank; GE Africa; IPP Media, Tanzania; Merck Sharp & Dohme (MSD) and A24 Media.

"Energy and infrastructure are pivotal for Africa's growth and those who write about it must be celebrated," said Tim Schweikert, president and CEO of GE South Africa. "I'm extremely proud to see two South African journalists receive the GE Energy and Infrastructure Award this year. The work that Joy Summers and Susan Comrie did on their 'Game of Geysers' report is important to ensuring that Africa's growth and development is truly sustainable."

The Awards' 28 finalists from 10 countries enjoyed an all-expenses paid four-day programme of workshops, media forums and networking, and had the opportunity to see some of the sights of Dar es Salaam.

During the event on 18 October, Deborah Rayner, SVP International Newsgathering TV and Digital, CNN International, said: "This evening's journalists represent the very best in African journalism. By entering these awards, they have proved they have the determination, professionalism and courage to showcase Africa's stories to the world. I congratulate each and every one."

Imtiaz Patel, Group CEO of MultiChoice South Africa, congratulated all the winners of this year's Awards: "I would like to thank all of the journalists who have entered this competition and in doing so have helped further develop this award as a platform for excellence in journalism. Your dedication and commitment to tell stories that reflect the reality of our world is very encouraging. A special congratulation to the winners announced tonight. Your work echoes a great future for the role of the journalists and serves to further strengthen the role of the media in Africa. You are indeed all winners and an inspiration to us all – you have made us very proud."

The CNN MultiChoice African Journalist 2014 competition is open to African professional journalists, whether directly employed or freelancers, working in the continent of Africa who have produced a story which has been made available as a printed publication or broadcast through an electronic medium (television; radio or digital platform) whose primary audience are based in Africa. 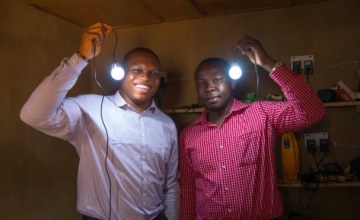 PHOTOS OF WINNERS AVAILABLE ON REQUEST

GE (NYSE: GE) works on things that matter. The best people and the best technologies taking on the toughest challenges. Finding solutions in energy, health and home, transportation and finance. Building, powering, moving and curing the world. Not just imagining. Doing. GE works. For more information, visit the company's website at www.ge.com

MultiChoice as the continent's leading satellite pay TV service provider understands that success depends on the health and growth of the communities within which we operate. MultiChoice is passionate about Africa and committed to the development of its people and the continent. Since 1985, we have provided local communities with meaningful and on-going support to create sustainable economies through various business and community initiatives. Some of our impactful programs include, The flagship MultiChoice Resource Centre to provide schools with access to DStv's best educational channels, the Africa Rising campaign that inspires Africans to become involved in community –based projects, the MultiChoice Diski Challenge which is aimed at supporting youth development in football and broadcasting, the Lets Play programme that encourages the youth to get more involved in sport, and the Film Academy which promotes the development of young aspirant film makers in South Africa.

The African School Building programme is the company's flagship corporate responsibility project which has seen staff raise several hundred thousand dollars and give their time to build schools in Mali, Rwanda, Malawi, Ethiopia and Tanzania. The project has won major awards and was featured on CNN's 'BackStory' programme and the next group of volunteers will be building a school library in Mozambique in 2015. The company has donated funds and millions of dollars' worth of airtime to its charity partners, as well as funding the trips and giving the time for the volunteers who help build the schools. In recent years the company and its staff have partnered with Plan International to build schools, Habitat for Humanity to provide houses in South Africa and with UNICEF to provide schooling, food, drugs and transport for children orphaned by HIV/AIDS in Kenya. It is now working with ActionAid on the school project for 2015. Using their paid volunteer time, staff have created advertisements for other African charities including the 'Mozzy' campaign for Malaria No More which generated 19.5 million impressions from CNN.com alone.

Tagged:
Copyright © 2014 GE Africa. All rights reserved. Distributed by AllAfrica Global Media (allAfrica.com). To contact the copyright holder directly for corrections — or for permission to republish or make other authorized use of this material, click here.