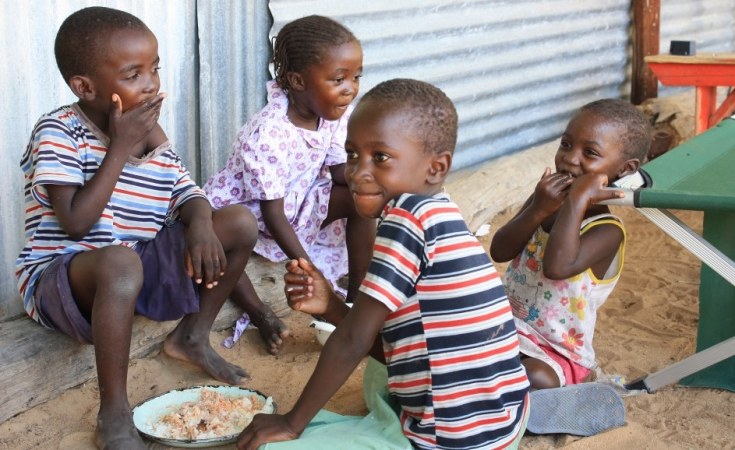 To the casual visitor, Namibia's main city of Windhoek – one of Africa's smallest capitals – seems free of the huge challenges facing the major cities of most African countries.

Its population is less than 350,000. Its downtown district is well developed, with an array of modern commercial and government buildings. Light industry on the outskirts contributes to the city's economic output. On three sides, the capital is surrounded by middle-class housing close to the centre of economic activity.

But first appearances are misleading.

The city's layout is a legacy of South African rule, when apartheid laws prevented the free movement of black Namibians. As late as the 1960s, only a minority of Windhoek's residents were black, and those who were allowed to migrate there were forced to live in segregated ghettos north and north-west of the city, out of sight of visitors and the white population.

Since apartheid ended and Namibia won its independence in 1990, Windhoek has burgeoned as rural people have poured into the city in search of jobs and money. Recent statistics suggest that the population of the former ghettos, still the poorest parts of the city, nearly tripled – from 91,000 to 250,000 – in the decade following independence. And with the growing numbers of migrants to the city has come serious food insecurity.

Speaking on World Food Day this year, Windhoek's mayor at the time, Agnes Kafula, told a gathering in the city that "we must recognise that there are thousands of our residents who do not have access to food and nutrition required to lead a healthy and productive life."

Expert opinion bears out her observation: a 2012 African Food Security Urban Network study found that when the total population was surveyed, the city's food security did not compare too badly with that in other cities across southern Africa. But if the focus was narrowed to poorer areas, the challenge other cities faced "pales in comparison" to that in Windhoek.

In a study published earlier this year, Ndeyapo Nickanor, a specialist on urban agriculture from the University of Namibia, and two colleagues underline the fact that the problem in Windhoek is not that there is a shortage of food; it is that poor people cannot afford to buy the range of food necessary for a healthy diet.

Their study shows that many recent migrants rely on food sent from relatives in the rural areas but that the supply can be inconsistent and may be shrinking: "People have migrated to the city en masse in search of a better life than they could ever hope for in the rural areas. But with declining and irregular informal rural–urban food transfers to supplement their diet, they are in an increasingly precarious situation."

One of the solutions the government has proposed to deal with the challenge in Windhoek – and in other urban areas – is charitable outreach: setting up food banks to share surplus food from wealthier residents. It has laid great stress on this strategy since being embarrassed some years ago by scenes of people scavenging for food on waste dumps.

Addressing the same World Food Day commemoration as the mayor, Deputy Prime Minister Marco Hausiku said the government's programme "calls on the cooperation and support of the food markets who should donate food that is still fit for human consumption to food banks instead of dumping it."

But he also suggested that Namibia has not fully explored the potential for growing food in urban areas, mainly because its people were under the impression rural areas catered for the country's agricultural needs.

"Last year's drought has taught us that the contrary is true," Hausiku said. "Many of our people flocked to urban areas in search of better living conditions and food. Our duty is to plan and shape the urban agricultural system in ways that will alleviate hunger, end poverty and promote sustainable development."

Growing crops in the arid conditions of central Namibia is, however, no simple matter. Ndeyapo Nickanor says that nine in 10 of those who grow vegetables in Windhoek do so only during summer when it rains. "Thus water is a major obstacle for urban farmers in urban Namibia."

Nickanor agrees with research suggesting that low food production in urban areas is a result of shortcomings in policy formulation. While she notes that measures to support urban agriculture will not alone solve "the crisis of urban food insecurity", she emphasizes they must be developed as part of any new strategy.

Although Namibia is ranked as an upper-middle-income country, it is grappling with perennial food deficits, recurring droughts and floods, which result in high rates of malnutrition especially among children. A large number of people face food insecurity in Namibia's most devastating drought this year. The government declared a state of emergency after the failure of crops in May and pledged N$200 million for food assistance.

The current drought however is not only affecting rural communities as it is largely perceived, but equally those living in urban areas of the country. Chronic malnutrition affects almost 30 percent f children below the age of five.

In a bid to come up with a comprehensive plan of action, mayors from across the country this year joined the government, the World Future Council and the United Nations' Food and Agriculture Organization (FAO), for detailed planning on how to improve urban food security.

In an innovative initiative to work with other countries in the Global South in solving mutual problems, the consultations drew on the experiences of Belo Horizonte in Brazil, a city of more than 2.5 million which has been named by the UN Food and Agriculture Organization as a pioneer in that country's much-lauded "Zero Hunger" programme. The city is renowned for its successful implementation of food security policies, which have led to a significant reduction in malnutrition and child mortality.

In August, then-deputy mayor Muesee Kazapua had a chance to visit Belo Horizonte during a trip organized by the World Future Council. "This study tour was an eye opener," Kazapua said, "as it brought about a better understanding of the role of local authorities in food security, the importance of establishing municipal food banks and minimization of food waste."

Kazapua – who this month was elected Windhoek's mayor – is promising change. The level of hunger in the capital "is unacceptable," Kazapua said upon returning from Brazil. He promised that "sharing the best practices with our counterparts in Belo Horizonte" would help Windhoek officials "to solve this problem fundamentally by promoting urban food security projects and turn Windhoek into a role model for other African cities to learn from".

This story relies in part on reporting by AllAfrica content partner The Namibian. Reporting on African cities and their efforts to build resilience is supported by the Rockefeller Foundation.

Need to Feed the Destitute in Urban Areas 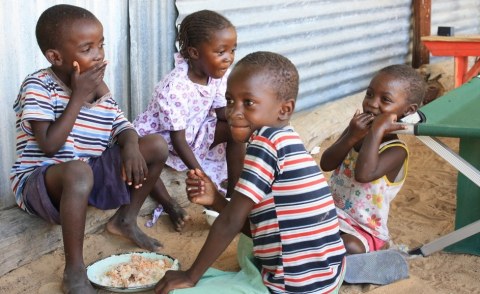 Windhoek - Small City, Big Food Problem
Tagged:
Copyright © 2014 allAfrica.com. All rights reserved. Distributed by AllAfrica Global Media (allAfrica.com). To contact the copyright holder directly for corrections — or for permission to republish or make other authorized use of this material, click here.