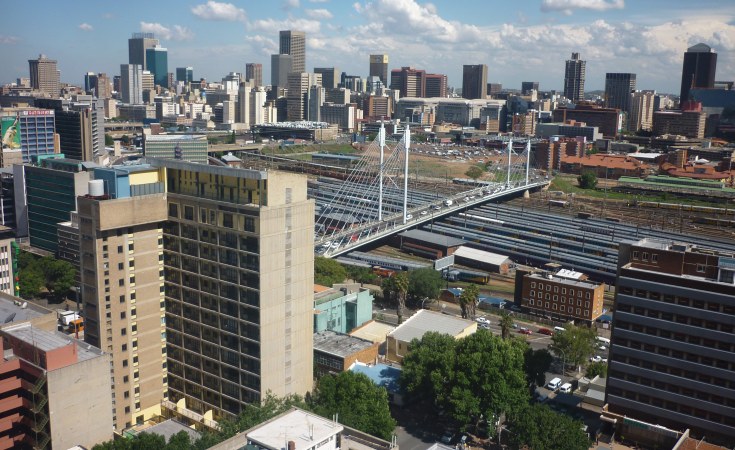 Decisive summits in Nairobi, Addis Ababa, Paris and New York will make 2015 a year during which Africa's vision of its own future can start becoming a reality - but challenges lie ahead.

The next African Union Summit in just a few weeks' time in Addis Ababa will kick off what will be a busy and extremely important year for Africa - a threshold year for international cooperation, with Africa and its international partners in a position to play pivotal roles.

Later in the year, at the United Nations General Assembly in September, global leaders are expected to endorse new Sustainable Development Goals (SDGs) to replace the Millennium Development Goals (MDGs). Africa has been leading from the front, and its voice has been much more pivotal in shaping these new SDGs - in stark contrast to some 15 years ago, where many of the important decisions were directed by western donor countries.

So what challenges lie ahead for Africa in 2015?

African leaders and international donors will have to decide how to effectively finance the new, multidimensional (and we may hope) demanding goals for global development. In July, policymakers from around the world will converge on Addis Ababa for the Third UN International Conference on Financing for Development, where their main task will be to devise effective financial tools for delivering on the new "post-2015" goals.

Recent reflections on how African states and financial institutions can finance the continent's development have produced several approaches. In addition, illicit financial flows out of the continent need to be curtailed, not just as a moral imperative, but as a good starting point for transformative policies and a major source of support to strengthening national domestic tax revenue. Stronger cooperation between Africa and its partners, especially the European Union, is needed to tackle this challenge effectively.

Africa needs to tap into its own wealth to finance its development agendas, most notably the African Union's "Agenda 2063". Significant resources could be raised from within Africa, enough to cover about 70 percent of development financing needs. Accessibility and costs of financing, for example, all need to be addressed.

Without Peace, there can be no Prosperity

The African Union's tools to promote and sustain democracy, governance and human rights acknowledge that democratic governance and peace and security are interdependent and mutually reinforcing imperatives, and good governance is often the missing element.

Given continued unrest on the continent, the focus on peacebuilding should be reinforced in 2015. The situations in Sudan, South Sudan, Mali, the Democratic Republic of Congo, Nigeria and the Central African Republic, with continued instability in North Africa, suggest that Africa and its partners must consider ways to strengthen further their commitment to peacebuilding and inclusive political processes. A more bottom-up and sustainable response to conflicts on the continent is needed.

No Leadership Without Leaders

A number of African countries with major influence on continental politics are set to have elections in 2015 - Zambia, Nigeria, Ethiopia, Tanzania, Burkina Faso and Libya - leading up to 2016 where the African Union will see the election of its next chairperson and College of Commissioners.

The African Union's handling of the Burkina Faso crisis sent a message across the continent of strong leadership. The handling of the crisis, in which Burkina Faso's military rulers adhered to a two-week deadline to hand power over to a civilian ruler or face African Union sanctions, represents the union's ability now to position itself with authority.  The AU statement on the crisis recognised "the right of peoples to rise up peacefully against oppressive political systems", demonstrating the Union's capacity to learn from its past experience.

The AU's strong stance on Burkina Faso served as a reminder to international partners of the value of their relationship with the AU and an encouragement to continue the cooperation. New African leaders will have to work quickly to make the most of the momentum created by the drive towards a new development framework to make sure it works for their economies and their citizens.

Other Challenges Ahead - Ebola, Trade and Climate

The Ebola epidemic in West Africa is the largest and most devastating outbreak of the virus to date. The crisis has brought economic life to a halt, isolated remote communities, disrupted cross-border trade and raised concern about food shortages. The broader devastating impacts of the Ebola outbreak will become clearer in 2015. Beyond the health and humanitarian concerns, many fear additional strain on stability, state-building and security in the region.

Another key meeting for Africa will be the 10th Ministerial Conference of the World Trade Organization (WTO), which will take place in Nairobi in December - the first time such a meeting will take place in Africa. With recent breakthroughs at Bali that may yet ensure a successful conclusion to the Doha Development Round, the meeting could be a turning point for the global trading system - and crucial for African economic growth.

Africa is a 'vulnerability hotspot' for climate change. Not only will coastal areas be affected by a rise in sea levels, but a 3 degree C rise in temperature would render virtually all of the current maize, millet and sorghum crop areas across Africa unviable, leading to rapidly expanding malnourishment. As adaptation costs in Africa are expected to reach U.S. $50 billion by 2050, effective climate finance is crucial for African countries. African leaders would also benefit from including sustainable agriculture as a key component of the pivotal Paris Climate Agreement in December - a key moment for Africa to speak with one voice.

In its "Challenges Paper 2015", the European Centre for Development Policy Management.(ECDPM) makes the case that the meetings listed above are vitally important for tackling global challenges, and their significance cannot be overstated.

At the global level, fundamental questions need to be answered as to whether global leaders are really ready to reach wide-ranging agreements for a post-2015 world, especially in combatting climate change. In just one year the international community must seek to reach agreements on climate change, global trade, sustainable development goals and financing for development. All these deals are needed to achieve a transformative agenda, and if they are all concluded in the right way, it will be a huge step forward at the global level and for Africa.

African leaders will be called on to think and act with long-term vision, and make strategic choices about Africa's place in the world. The African Union will need to work with its international partners, in particular the EU, to make the SDGs a useful stepping-stone for its own ambitious Agenda 2063. Africa's problems need global solutions and global problems need African action too.

James Mackie and Rhys Williams are from the European Centre for Development Policy Management. Read the centre's "Challenges" dossier here >>

Previous Story
Next Story
Africa in 2015 - 10 Things to Consider 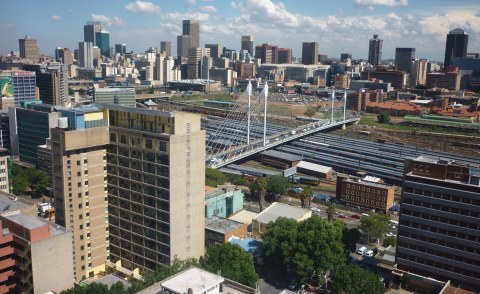 2015 - A Crucial Year for Africa's Development 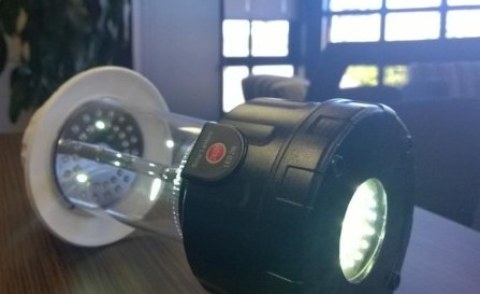 Light-Based Technology the Next Phase of Development in Africa 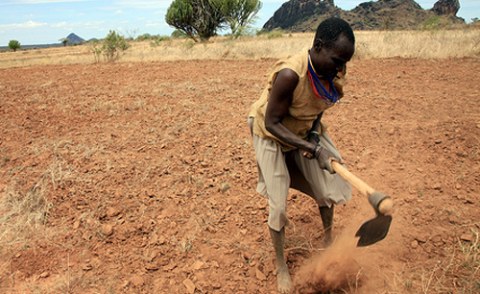 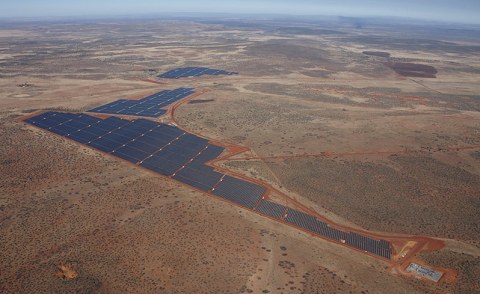 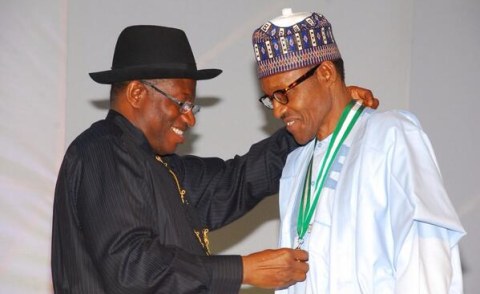 The Men in Hats With Their Backs Against the Wall 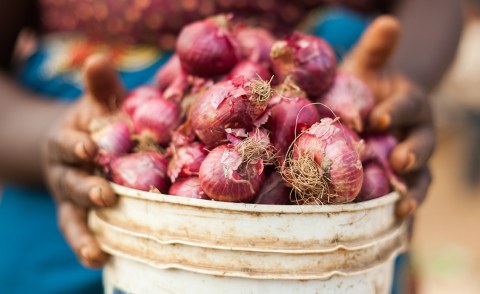 Africa Will Feed Itself - Bill and Melinda Gates 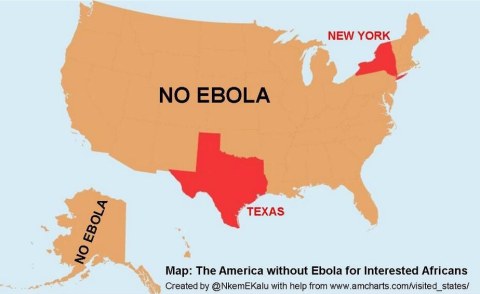 It's Time to Change the Africa Narrative
Tagged:
Copyright © 2015 allAfrica.com. All rights reserved. Distributed by AllAfrica Global Media (allAfrica.com). To contact the copyright holder directly for corrections — or for permission to republish or make other authorized use of this material, click here.