Africa: A Global Compact on Agriculture 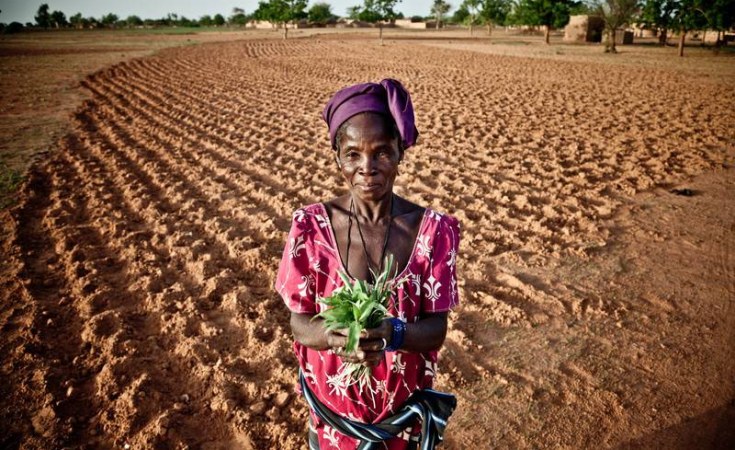 On the 10th Anniversary of the adoption of the Comprehensive Africa Agriculture Development Programme (CAADP), African Union declared the year 2014 to be the Year of Agriculture and Food Security in Africa. There is much to celebrate; agricultural production in Africa has increased steadily over the last 30 years: its value has almost tripled showing an increase that clearly exceeds the growth rate for global agricultural production over the same period, almost identical to that of South America and below but comparable to growth in Asia based on NEPAD statistics.

Beyond the political will such a decision translates, it stems from a large consensus among African policy makers, scientists, private sector, civil society and development partners that Africa can in fact with an agriculture transformation agenda unleash its enormous potential to end hunger, create jobs and eradicate poverty. Over 530 million Africans depend fully or partially on agriculture for their livelihood.

Indeed, Africa's agricultural opportunities are just tremendous. Not only Africa has the potential to feed itself but also to become a major food supplier for the rest of the world.

Three figures clearly show the immensity of this potential and how important is the room for improvement.

Firstly, it is estimated that Africa has around 600 million of uncultivated arable land roughly 60 percent of the global total.

Secondly, agricultural statistics estimate that 80percent of the cultivated land in Africa depends is rain-fed and not irrigated.

Thirdly, according to recent data the productivity of agriculture in Africa is as low as one third of productivity in other parts of the world.

Therefore, by developing uncultivated arable areas, relying more on irrigation, and substantially enhancing agricultural productivity in a sustainable way, Africa can make a big leap in fighting hunger, unemployment and poverty. The private sector has an important role to play. The World Bank estimates that Africa's market for food could be valued at more than $1,000 billion by 2030, compared to $313 billion today.

Nevertheless, many impediments hamper the achievement of these goals. Particularly the huge infrastructure gap, the adverse effects of climate change, the mismatch between education outputs and the economy needs, the disconnect between the primary sector and the rest of economy, the low coverage of extension services, and the weak value chain approach.

Overcoming these constraints called for a new holistic approach and a newly designed partnership among all the stakeholders. The Africa 2063 Vision and building on the Comprehensive Africa Agriculture Development Programme adequately address these challenges.

Never before, has the agriculture vision for Africa been clearer, the objectives smarter and the tools handy.

We are really on the eve on an unprecedented transformative shift in Africa's agriculture, entailing greater participation of women and youth.
Science and technology and skills development will be instrumental in supporting that transformation.

As the year of Agriculture ends and my tenure as a Chair of African Union, Mauritania commits to actively work with the global community and regionally to continue to take this agenda forward. Twenty percent of all agriculture production is energy, and we would continue to support regional projects which can lower cost and make our agriculture more competitive and less dependent on rainfall. Furthermore, to enhance agricultural productivity in Africa, we are working on the development of a fertilizers project that will leverages Mauritania's abundant phosphate and gas resources to provide affordable and accessible to farmers.

The African Union Summit is a suitable occasion as African leaders prepares to adopt the post 2015 agenda to pledge to work with developed countries and emerging economies to reaffirm their commitment to Africa's agriculture agenda and to materialize their support by fostering investments in Africa, improving global agriculture policy and strengthening global governance in agriculture, while sharing knowledge and developing skills.

Tagged:
Copyright © 2015 allAfrica.com. All rights reserved. Distributed by AllAfrica Global Media (allAfrica.com). To contact the copyright holder directly for corrections — or for permission to republish or make other authorized use of this material, click here.