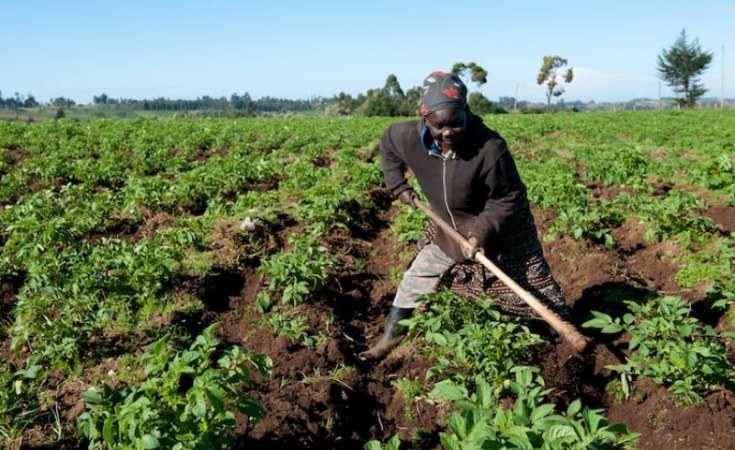 Photo: Deborah K. Espinosa/ Focus on Land in Africa
What do land tenure security and food security have to do with one another? A lot. Recent studies underscore the importance of secure land tenure to ending hunger in Africa.
Content from our Premium Partner
United Nations Economic Commission for Africa (Addis Ababa)
press release

Has the predominance of the agricultural sector in Southern Africa translated into food and nutrition security in the region? Evidently not! Food security remains a major socio-economic and political challenge in the region with some analysts arguing that food insecurity is a new threat to national security.

Agriculture is the dominant economic sector in the SADC regional economy contributing up to 35 percent to its GDP. Approximately 70 percent of the population in Southern Africa depend on agriculture for food, income and employment while agricultural commodities and produce are the principal exports in many countries, on average contributing approximately 13 percent to total export earnings and 66 percent to the value of intra-regional trade.

ECA Southern Africa Regional Office will be convening an Expert Group Meeting on Agro-industry development for food and nutritional security in Southern Africa to discuss and review the state of the agriculture sector in Southern Africa. The meeting with take place from 9th to 10th March 2015, in Victoria Falls, Zimbabwe.

An issues paper on Agro-industry development for food and nutritional security in Southern Africa will be the major discussion paper. The two day meeting is expected to provide concrete recommendations on how to strengthen the agro-industry sector through among others partnerships, best practices and lessons from other regions.

Agricultural sector performance has a strong influence on the economic growth, employment, demand for other goods, economic stability, food security and overall poverty of SADC member States and the region as a whole. Whether looked at from exports or domestic market, the agro-industry is fundamental to income and employment creation in the region.

Participants to the meeting will include agro-industry and agribusiness experts from government institutions, the private sector, SADC institutions, civil society, academia and others development partners.