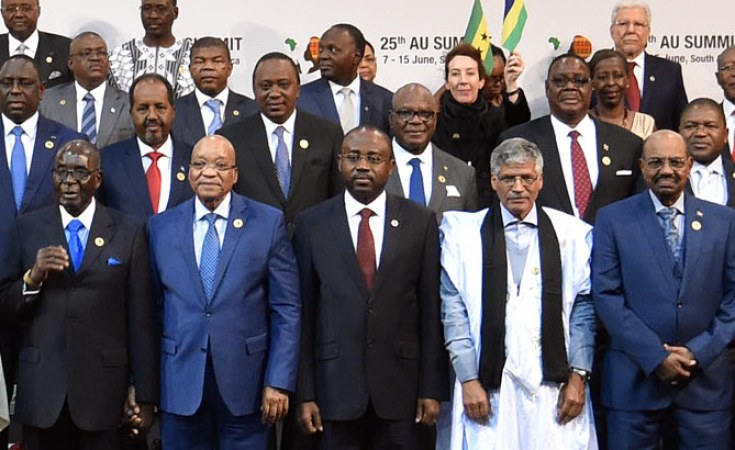 SA Govt
President Bashir of Sudan, right, with his peers, including, from left Presidents Robert Mugabe and Jacob Zuma.
allAfrica.com

His reported departure came as three judges of the North Gauteng High Court in Pretoria were considering an application from a civil society organisation to have him arrested.

Police were reported to have accompanied Bashir's convoy from the summit in Johannesburg to the Waterkloof Air Base, south-east of Pretoria. This was despite an interim interdict issued on Sunday ordering the South African government not to allow him to leave.

Erika Gibson, defence correspondent of Beeld newspaper, reported on Sunday that Bashir's aircraft had moved from Johannesburg's main international airport to the air base.

On Monday she tweeted: "Bashir crew just obtained final clearance for departure. He's not going to wait for court's decision"

Minutes later she continued reporting: "Jet cleared for take-off. Lined up for departure. Should leave shortly," then "Jet moving to movement control where passengers normally board," and finally: "Jet has taken off heading north. He has gone."

Gibson is a reporter with a military background who has in the past been shown to have good contacts within the South African Air Force.