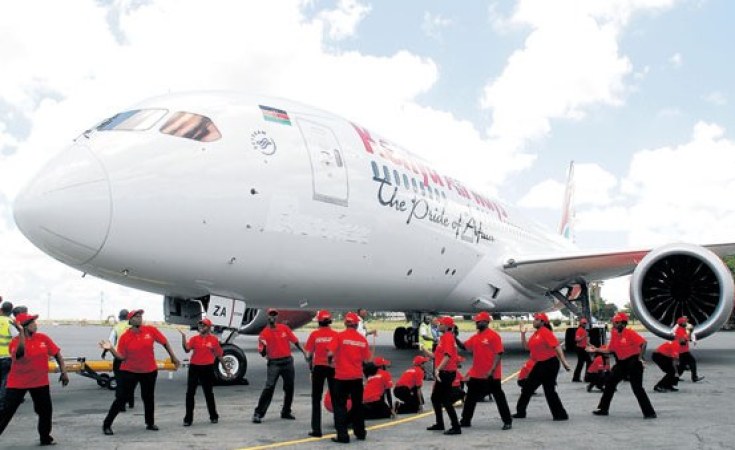 The day of President Barack Obama's arrival in Kenya, I was hunched in front of a computer monitor in AllAfrica's Washington, DC offices scanning our diverse sources for updates.

Eager to get a first hand accounting of the "Obamamania" coursing through the east African country that was home to the U.S. president's father, I skyped Kenyan colleagues for a play by play. I wanted a grasp on the scale and breadth of the energy surrounding the Obama visit. My first realization was that the streets had been swept clean, literally.

With Samuel Kimani, one of our web developers in Nairobi, I watched online as President Obama emerged from Air Force One. We chatted while seeing him greet his half sister Auma and Kenyan President Uhuru Kenyatta. "Where is everyone watching?" I asked. ,

"At home," Samuel replied. He said the famously hectic Nairobi traffic was, for the moment, orderly and calm. Everyone in Kenya seemed to be on their best behavior.

Reagan Mangwana, another technology staff in our Nairobi office, explained that Kenyan police had advised everyone to stay out of the city prior to Obama's visit. Reagan was working from home that day. Many banks, businesses and restaurants had closed early. The empty streets were partly due to concerns over the road detours caused by the presidential motorcade. Sightings of the presidential limousine affectionately nicknamed 'the beast' lit up social media. Road closures, along with a heightened security alert, made parts of Nairobi seem a ghost town.

In fact, the Kenyan government conducted extensive 'beautification' projects in the months leading up to Obama's visit. Buildings that lay in disrepair were brought up to code. Street drainage systems, that were once susceptible to rainy season floods, functioned without issue. The entire city of Nairobi apparently had been given a deep clean. Even if the improvements are not permanent, Samuel said that "it is nice to to have all of the grass and amenities for now."

The Obama visit has generated it's very own economy. Anything and everything has been slapped with the Obama brand, from t-shirts, to specialty beers and cocktails, to hospital wings. Reagan told me that a sizable number of Kenyans decorated their homes and businesses with American flags. This struck me as interesting, interesting because it's hardly something Americans would do for a visiting head of state.

Obama's visit has obvious symbolic significance for the people of Kenya. I can liken their excitement at having someone they feel is one of their own come visit to my sentiments during Obama's 2008 election win and witnessing the first black president elected in America.

Reagan voiced some concrete outcomes he hopes will come from the visit, such as direct flights from Kenya to the United States. Samuel hopes that travel-visa time limits from Kenya to the United States will be expanded. Many hope the Global Entrepreneurship Summit Obama attended, along with the reauthorized U.S.- Africa trade pact - the African Growth and Opportunity Act - will spur closer economic ties between the two countries.

Obama in Kenya was a touchstone for two cultures and two peoples. Embracing his Kenyan heritage while performing his duties as the American resident, he seemed to my Kenyan colleagues to be a timely visitor.